Smash Ultimate: Is Crash Bandicoot The Next Character In The Fighter's Pass Vol. 2?

That seems to be the latest speculation as we're hearing increasing rumours about who will arrive as the next addition in the Fighter Pass Vol. 2.

So far, only one character has been revealed for the second Fighters Pass - Min Min.

Multiple rumours have suggested that the marsupial could be on his way - here's what we know so far.

A recent "leak" pegged a Nintendo Direct for October 8, but it's actually arriving today, October 1.

Check out the false leak below: 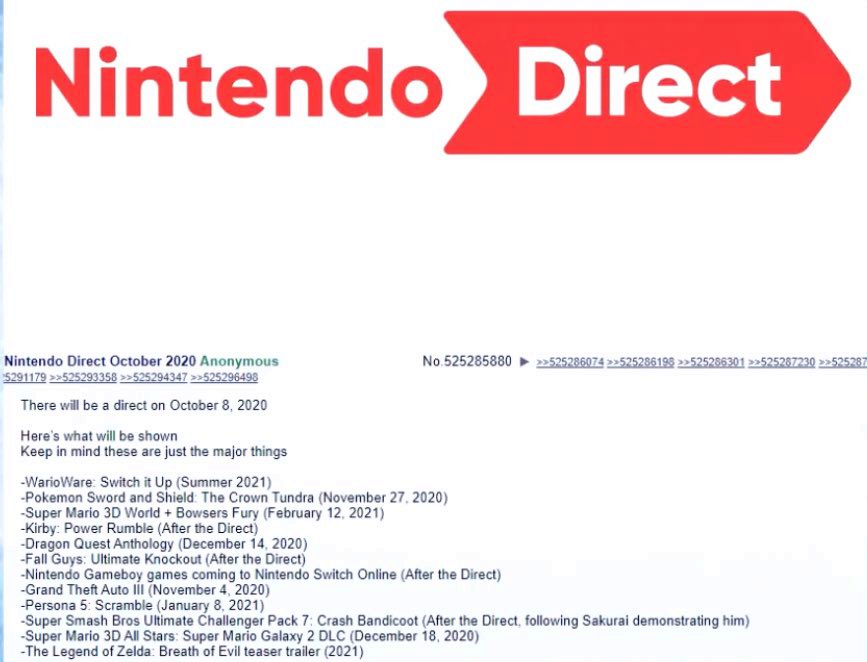 According to the leak, Sakurai would demonstrate the character - something common to Smash DLC announcements.

However, with today's reveal being only around 3 minutes long, Sakurai will only be adding a brief message at the end, apparently.

This isn't the first time the Bandicoot has been mentioned with Smash.

If you remember back in January of this year, speculation around Crash coming to Smash was peaking, but ultimately that hasn't proven to be correct.

Crash Bandicoot would be an incredible addition to the game and something that could greatly please fans.

The most exciting thing about new fighters for Smash fans is the involvement of new IPs.

Is It Actually Happening?

With Crash Bandicoot 4 launching in October, it's a great way to market their game and collaborate with Nintendo.

It also opens the door for more of his friends to enter the arena such as Coco, Cortex and more!

But, this is purely a rumour and not a particularly reliable one at that.

What Kind Of Moves Would He Have?

He has an arsenal of combat moves, that have been featured in his own titles, such as his sliding kick and the super body slam.

We could even see him utilise items such as the Wumpa Fruit Bazooka or use Aku-Aku as a shield.

Considering Crash 4: It's About Time will utilise special masks to warp reality and time, these could play a big part in the game.