Who was the cream of the Klopp?

After an eventful gameweek 2in the Fantasy Premier League, there are a lot of talking points.

With players averaging 59 points in the opener, those who suffered a sloppy opener seem to have bounced back. 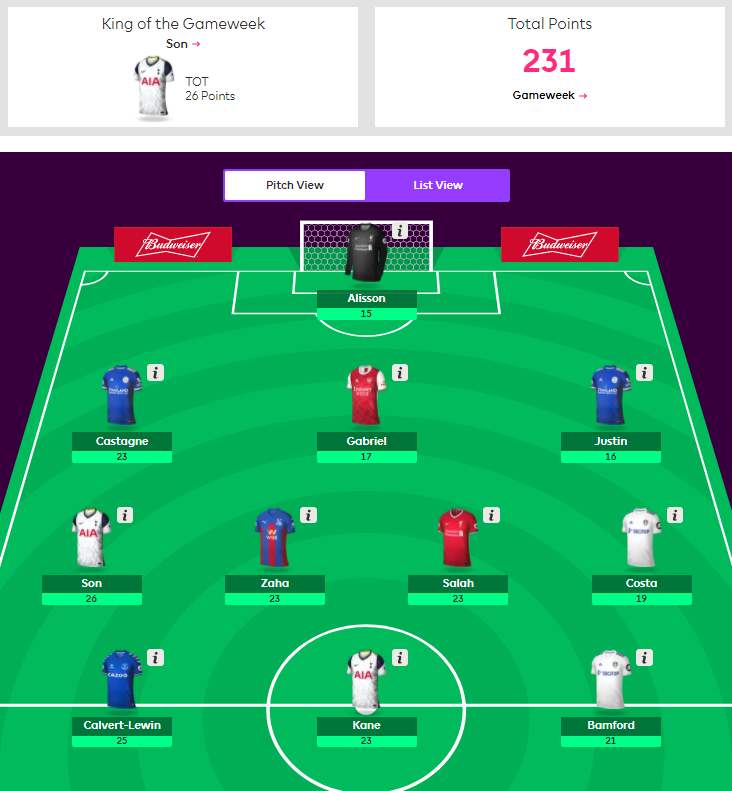 Here's the dream team for the second gameweek: 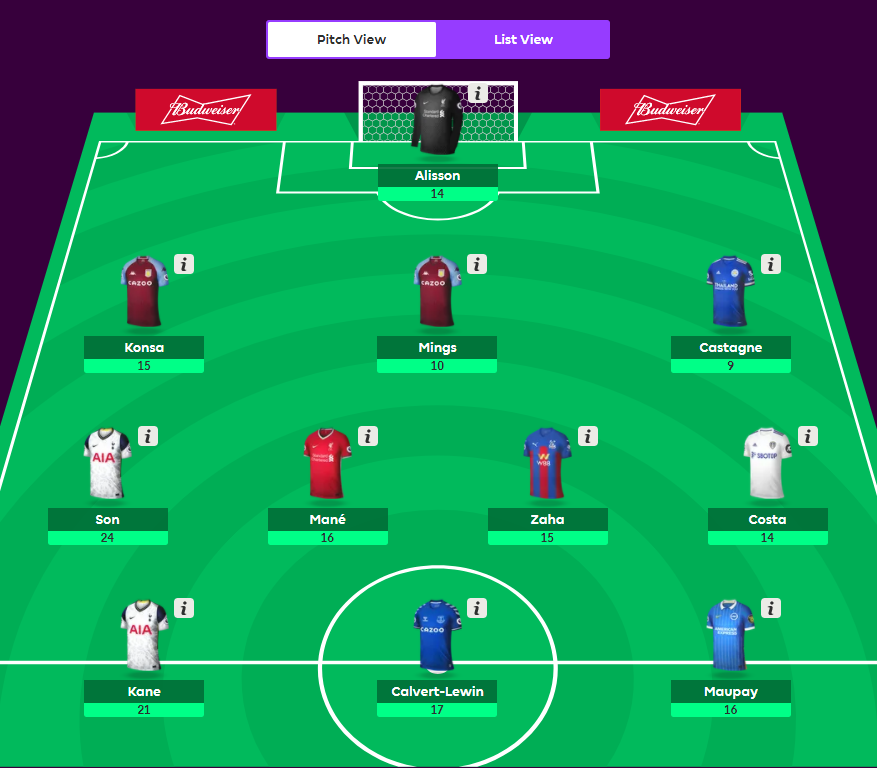 This week was full of surprises as Palace beat Manchester United and Brighton thumped Newcastle.

A few other games produced surprises, although not necessarily with their result. Arsenal narrowly defeated West Ham, as well as Chelsea displaying extremely negative tactics against Liverpool.

With my squad, I earned a poor 44 points with my defence letting me down and my attack failing to make any progress. 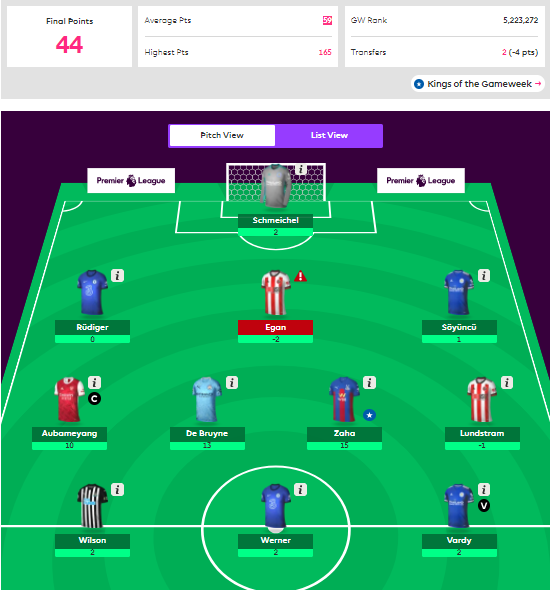 After a great opener, I opted to only make one change - swapping Antonio out for Wilson.

It certainly didn't work out as Antonio netted and Wilson failed to do anything.

Even worse, Rudiger didn't start (or even make the squad), John Egan was sent off and is now suspended until the 3rd October and Lundstram missed a penalty.

My gameweek was only saved by the efforts of three players and looking ahead it may be time to play my wildcard to save the heartache of multiple transfers.

In general, a lot of players seem to have capitalised on the fact that few of us had Son or Kane in their sides; likely due to a woeful opening display against Everton (coincidentally it seemed to mostly be Spurs fans that had these two).

It certainly proved costly, Kane was one of my players to avoid for week 2. While he didn't net many goals, his passing play was brilliant all game long as he secured 4 assists.

If you picked up Castagne after his impressive game last week, congratulations, he bagged two assists. It's clear he will play a huge part in Leicester's attacking threat this season and long may it continue.

I'm not surprised to see Ings score against Spurs, their defence looks just as bad as it did last year. However, I did not expect Southampton to roll over and die as they did. Perhaps if they held on to the game a bit longer, he could have done more.

Kevin De Bruyne had his influence on the game, as expected, all be it from a penalty and a questionable assist. KDB will be more important than ever for City with Sergio Aguero out injured.

Unfortunately, Digne and Magalhaes failed to keep the ball out of the net and will not have rewarded you with the goods this week.

Let's take a look at who we advised you avoid:

Obviously the Harry Kane shout didn't pan out. Despite only scoring 1 goal, he did assist 4 times and if he does play in this more centre-forward role it could be of big benefit to Spurs.

Kepa had another howler in net and John Egan was sent off. I really wanted to remove Egan, but didn't want to sacrifice excessive points and felt the Blades would do a job against Villa.

Antonio and Jimenez both popped up with a goal. Funnily enough, I had Antonio in my side and swapped him for Wilson, who I think will be more reliable this season, but that wasn't the case this weekend.

This next gameweek boasts some more reliable fixtures to make your picks for, but you can read our guide here.