Who's the pick of the bunch in week 3?

The Fantasy Premier League now has two gameweeks under its belt and it's been a rollercoaster of results.

After an opening gameweek things seemed to be straight forward, but week two threw a few curveballs.

During the week, our Premier League sides got their first taste of the Carabao Cup and there may be a few legs that are rested ahead of this week.

Not to mention a few prices changes have occurred ahead of this weekend.

With your rivals starting to pull ahead, it's time to get back into gear and climb your way up.

If you're looking for a scout in the third gameweek, we've got you covered.

The deadline for Gameweek 3 in the 2020/21 Fantasy Premier League is Saturday 26th September 11am BST. 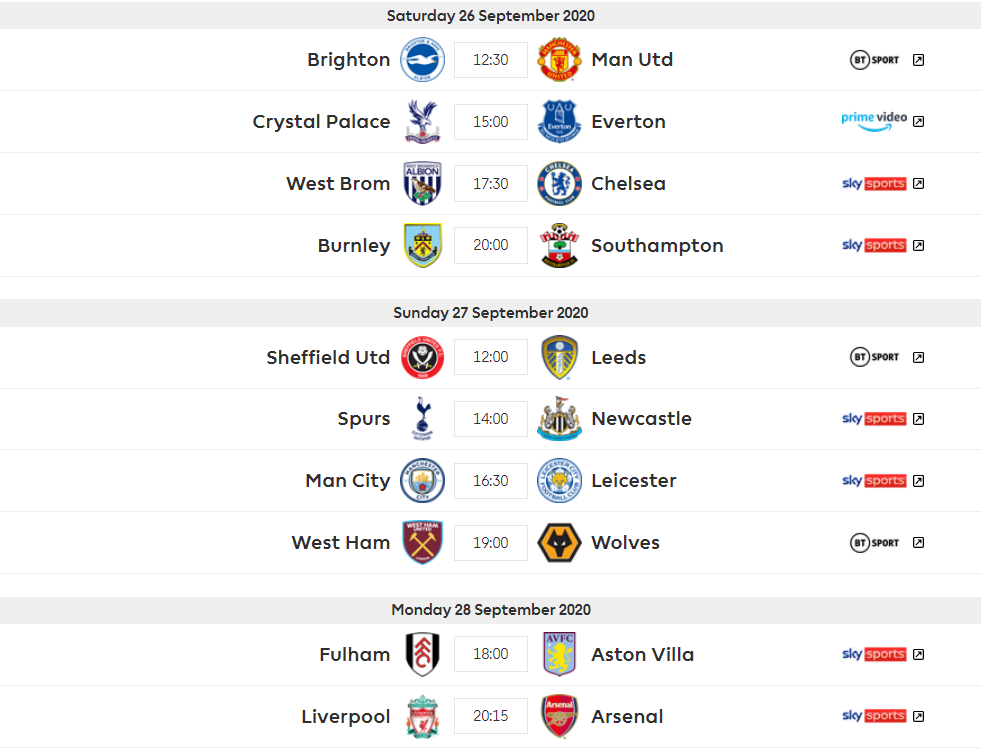 With Gameweek 3 kicking off this Saturday lunchtime, it looks like a very cut and dry set of fixtures to capitalise on.

If you've suffered a few ropey opening weeks, it might be worth using a wildcard to set your team up again and save you some precious points.

But is it worth it? If you take a look at the next few fixtures and look at how your team is set up, it could be time to invest in one.

I typically like to wait for a few gameweeks before using mine, due to the fact that it's still too early to spot concrete trends. But my team has reached a rough patch and I'm likely to invest in mine this week ahead of some teams having some favourable fixtures.

Chelsea will be hoping to bounce back after their spending spree strategy was made a mockery of by Liverpool. Lampard's tactics hardly set their team up for success, but it's clear the team is still finding its feet with so many new faces; some of which have yet to play. With West Brom, Crystal Palace and Southampton coming up, it's a chance for their new stars to find their groove and bag some points.

If you've been reluctant to throw down some cash on the Blues forward, now is as good a time as any to invest in the Timo Werner; who has looked sharp and deadly, even though he's yet to find the net. Alternatively, if you're looking to get an easy 6 points, Edouard Mendy has been added after the Blues signed him on Thursday; he can be yours for just 5 million.

Burnley have an interesting string of fixtures to come and I'm more hopeful for them after they put on a solid display against a fine Leicester side. If you're looking for some cheaper options, perhaps consider Chris Wood (6.5 million) or Dwight McNeil (6.0 million); Nick Pope is more than likely going to be a solid keeper choice if you're looking for a good keeper.

Crystal Palace has got off to a great start in the Premier League and it's all down to one man. If you made the mistake of not including him from week 1, the forward (who's actually listed as a midfielder) already has three goals at a low price of 7.1 million.

Even though Palace look like underdogs in most of their games, Zaha still has the potential to grab a goal or an assist. When you look at their next three fixtures (Everton, Chelsea and Brighton) all of them have leaky defences and I can see him scoring in all three games; even if they don't win them all.

Everton continues to impress, despite their defence containing a few wrinkles to iron out and it's going to continue with some good games to come. Calvert-Lewin seems to be firing, although I'm not a big fan of his (especially for 7.2 million) he's looking like a worthwhile signing for the next two weeks.

If you want something more tried and tested, Richarlison (8.0 million) and Rodriguez (7.5 million) look like fantastic picks.

Finally, we have Liverpool, who maintain their League winning form and face another tricky test against Arsenal. Arsenal has the ability to turn it on, but still possess the capability to throw it all away. If they can keep Liverpool at bay for long enough, I have no reason to believe they can't get a result with their frightening attacking threat.

But for me, probably like anyone, it's Liverpool's game to lose - I don't expect that to happen. Outside of the obvious choices, Salah (12.1 million) and Mane (11.9 million), you should consider Thiago (6.0 million); I don't doubt that he will get a number of minutes this season.

Who To Pick In Gameweek 3?

With so many juicy games poised to reward you with points, let's highlight our top picks for week 3.

Without a doubt a top pick for the next few weeks and the rest of the season, Wilfried Zaha has notched up three goals in two games.

Considering the forward has been listed as a midfielder and is only listed at 7.1 million, it would be silly not to have him in your squad.

Palace is not a reliable team to bet on, but Zaha is the exception to the rule as he has been so deadly for them.

Having only scored 4 goals last year, it looks like he's found a new gear in 2020 and is ready to elevate his game to a level that will finally get him that big club move he's been desperate for.

Expect more of the same from the Ivorian in the coming weeks. 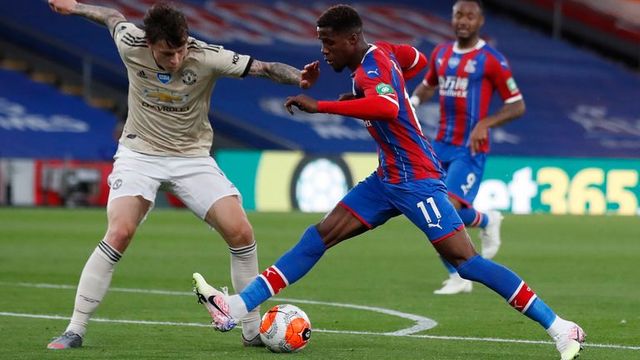 You might be looking at this choice as a strange one and I could suggest you grab the obvious choices of Timo Werner (9.5 million) and Kai Havertz (8.4 million), but I think Mason Mount could be a great choice against West Brom.

I'll be stunned if Chelsea doesn't walk all over West Brom and the two previously mentioned players aren't involved in the goal action, but Mason Mount has caught my eye.

He's played every minute of Chelsea's two games, including this week's Carabao Cup. I expect he will continue that streak in game three and prove to be vital in the win.

Mount has looked very sharp in all his games and although he's yet to bag a goal, I think this is where he'll thrive. Especially with Kai Havertz looking much sharper against Barnsley.

So if you're short of cash, this creative midfielder can be yours for 7 million.

Despite not getting anything out of Man United's opener, it's not a trend I see being long term.

The English forward bagged 17 goals and 8 assists last term and many will be expecting him to pull off a similar feat.

Their next opponents are Brighton and while it could be a tough game for United, if they can pull their act together then I see Rashford bagging a few penalties.

Joining from Barcelona for a fee that could be worth £37 million, the exciting right-back should slot straight into the Wolves lineup and give them the security they need.

Without Doherty, Wolves needed a replacement desperately and seem to have found a great one at that.

I would be shocked if he wasn't stuck straight into the squad for their game against West Ham.

A man I suggested players exiled last week, although he wasn't as prolific in front of goal, he certainly made up for it with his assists.

While Son stole the headlines, it's important to note how good Kane's passing was (all be it that Southampton's defending was shocking).

This new centre-forward role Kane has inadvertently become just what Spurs had been lacking; a cool head with a good pass to open up defences.

If Kane starts to drop a bit deeper and play for his team rather than have his team play for him, it's a bright future ahead for Tottenham; especially with Bale joining the squad.

With Jamie Vardy coming up against Man City, it might be time to do a quick swap; if you have the funds. 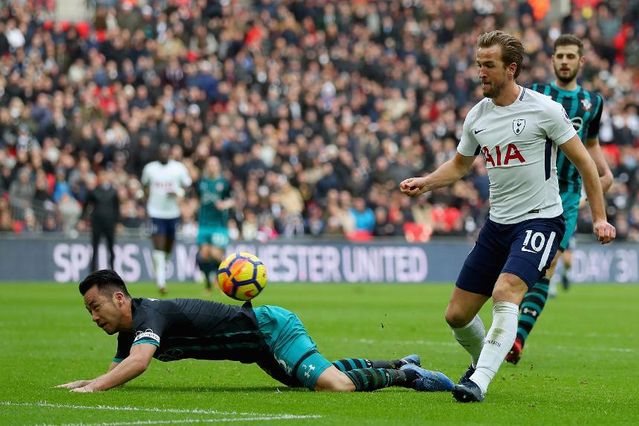 KANED: Harry Kane got 4 assists and 1 goal against Southampton

Who To Avoid In Gameweek 3?

As I said before, Vardy's got a tough game against City and his inability to score a goal last week (despite Leicester scoring 4) is enough for me to axe the fox.

Despite having a good record against City, I think with so many strikers having more favourable fixtures, it's probably a good idea to take a break from Vardy. 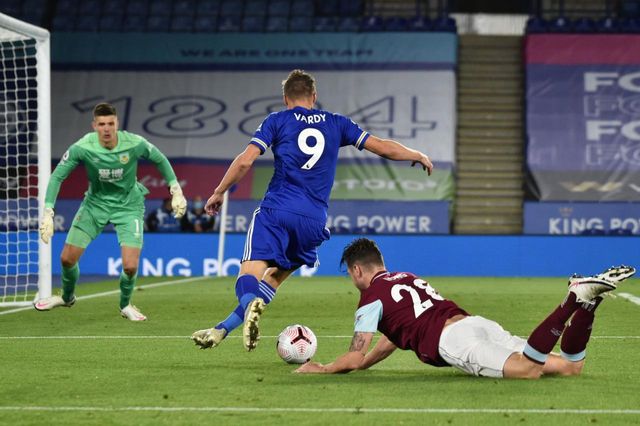 NO VARDY NO PARTY: Jamie Vardy failed to score or assist in all four goals last week

Photo via The 4th Official

The Spanish shot-stopper continued what has been a miserable stint in his career by conceding a further three goals against Palace.

While I don't see him being dropped for Henderson just yet, I don't really see United keeping a clean sheet even if they win.

A great debut on Teeside was quickly forgotten last week in a performance to forget for Newcastle and Wilson.

It's still too early to tell how Newcastle will do this year, but I'd be surprised if they pull much off against Spurs; especially after the game against Southampton.

Willian has failed to complete a full 90 minutes since moving to Arsenal and if Liverpool dominates, as we expect them to, he's not going to play 90 minutes here.

If Arsenal goes a goal down, the Brazilian will drop his head and display the lazy attitude we know him for.

It's unlikely many of you will have the winger in your side, but in case you do, I think it's time to move him on.

I expect Chelsea to roll West Brom and Pereira has yet to complete a full match, so if he can't impact the game early he won't play a role in your Fantasy team.