Taking advantage of that SSD.

PlayStation 5 will launch starting November 12, and a patent may give us our closest look yet at the console's dashboard.

The patent, which was filed in March of this year and published last week, it looks as though players will be able to access multiple "panels" of a game right from the dashboard.

As noted by Resetera user gofreak, these panels refer to the likes of in-game events and hints within the highlighted title. 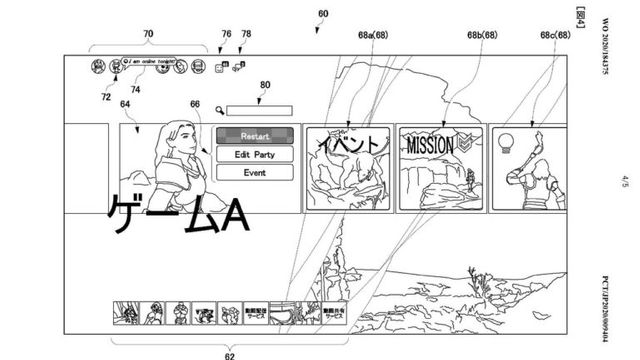 Is this the PS5 dashboard?

These are context-specific and fluid, suggesting they'll change based on where players are in each game. In theory, you could get a hint for the boss you've been fighting for the last hour in the Demon's Souls Remake, for example.

Friends will also be shown above the game panels, as will messages, and will give players an idea of who's online at a glance.

The dashboard has previously been rumoured to offer some kind of dynamic hint system since a Sony patent referenced something along those lines earlier this year.

Another feature, Activities, will let players boot into a certain mode or level straight from the console dashboard.

That means Call of Duty players might be able to jump into the multiplayer without ever seeing the main menu, or FIFA players can jump straight into Ultimate Team.

A recent blog post has highlighted the benefits of the PlayStation 5 for developers and what it'll mean for gamers, as well as a great new trailer.

Then there's the wealth of exclusive games coming to Sony's next-gen system, with more expected to follow, although the price of first-party titles has increased.