Where can you pre-order the Xbox Series S in the UK?

Original Story - Over the weekend Sony PlayStation pretty much admitted they got it wrong when it came to their PS5 Pre-Orders.

For those who don’t know, the console giant opened the flood gates without so much of a moments notice; to the annoyance of almost everyone who dreamed of purchasing the PS5.

Potential customers were either angry at missing out, or frustrated with the mad dash to secure a unit without any heads up. Not least after being told previously that Sony would give users plenty of notice.

Thankfully, for those who prefer Microsoft’s unique brand of consoles, there shouldn’t be as much pain and anguish this week when it comes to pre-ordering the Xbox Series X or Series S, which releases 10 November 2020.

Microsoft has given fans plenty of info, informing their loyal and burgeoning fanbase precisely when they can get their pre-orders for the Xbox Series X and Xbox Series S. 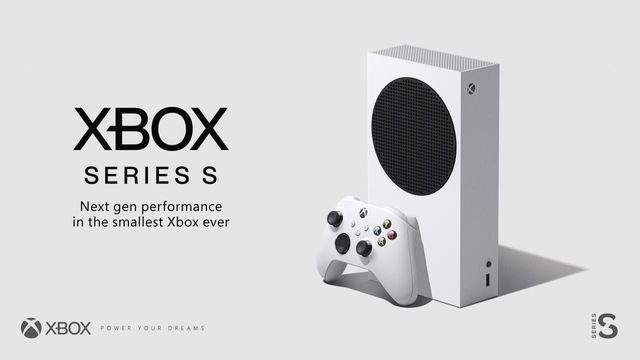 This dinky white box might look all cute, but it will still pack a punch. Though the Series S won’t have a disc drive, it will still include plenty of "next-gen" features, such as; 1440p resolution and up to 120FPS, Ray-Tracing (RTX) Support and 4K (Media playback and upscaling only).

That’s just a quick hit of info, but check out our Xbox Series X and Series S Hub for the full rundown of how these machines compare.

For now, let's take a look at where you can secure your Xbox Series S, how much it will cost and whether you need to pay any deposits to pre-order. 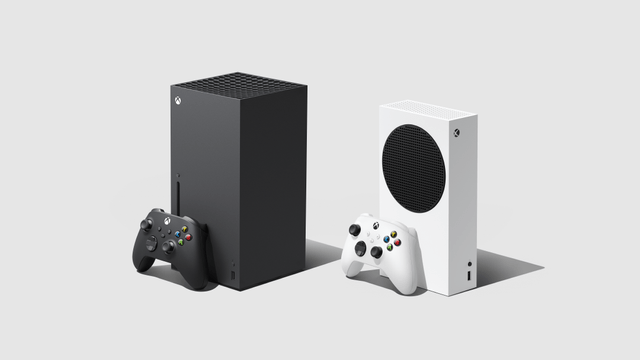 Microsoft has been very clear, Xbox Series S and Xbox Series X pre-orders go live on Tuesday, 22nd September at 8am BST. Some retailers will also be offering Microsoft’s ‘All Access’ plan.

Some of the below retailers have pages live already where you can register your interest ahead of 8am. But these pages will likely be the first hubs to check when stock goes live. It might be easier to simply click at 8am rather than wait on a email. We’ll be adding in more retailer links as and when everything goes live. 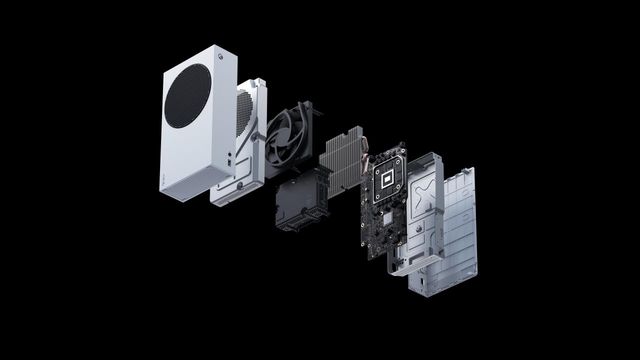 Amazon UK - Arguably the biggest retailer in the world doesn’t have a page for the Xbox Series S or X, and you can’t register that interest. So you’ll want to keep an eye out for the pre-order pages the second it hits 8am BST.

Currys PC World - If you want to buy from Currys PC World, you can register your interest on the link. Like the PS5 you can expect to pay a small non-refundable deposit of around £10. There’s no Xbox All Access plan, but Currys do have a 12-month flexible credit plan, too.

Argos - For now, there’s a page on Argos where you can register your interest in Xbox Series S and Series X. Just note that with PS5 pre-orders Argos took payment upfront in full. Also, over the weekend, some PlayStation fans have been complaining of some PS5 pre-orders being cancelled.

ShopTo - Whilst ShopTo does have a page to register your interest for the Xbox Series X, there doesn’t appear to be anything geared towards those wanting to buy a Series S. One to check on the day at 8am for sure.

Microsoft Store - Everything you need to know about the Xbox Series S can be found on the link. The Microsoft store also (naturally) offers the Xbox All Access scheme if you want to pick up the new next-gen console for £20.99 per month, including 24 months of Xbox Game Pass.

John Lewis - Based on the PS5 pre-orders, we expect that what stock John Lewis does have, it will be mainly focussed on the Xbox Series X. There’s currently no pages live for Microsoft’s next-gem consoles. We’ll be updating this one with links on the day.

GAME – One of the few places offering Xbox All Access. Like other sites, you can register your interest on the site, but you might be best visiting the site at 8am on the dot. Although this could be one of the more popular sites for consumers in the UK.

Tesco - There's nothing live right now on the Tesco website. We suspect that it will appear at 8am on the dot, on the link, which is for Tesco's completely separate pre-order website.

Smyths Toys – The only other third-party retailer outside of GAME offering Xbox All Access. The same rules apply. Like the PS5, we imagine Smyths will be one of the more popular retailers for Microsoft's new consoles.

AO.com – Nothing live at time of writing but AO is on Microsoft's list of UK retailers. Likely going live on the day.

Box.co.uk – Microsoft's official news announcing the pre-orders for Xbox Series X and Series S didn't list Box as one of the UK retailers who will have stock at 8am BST on 22 September. But the have got a page up (follow the link) and had PS5 pre-order stock last week. Well worth a look.

Carphone Warehouse – No info at the time of writing but one to check back on the morning of 22 September. You can register interest on the website, but only for the Xbox Series X.

SimplyGames – Everything should become available at 8am on the link. One of Microsoft's listed UK retailers so they should have stock.

Very – Like Argos, Very take the full amount upfront when you pre-order. The website was also on the official list of UK retailers provided by Microsoft. You can register your interest on the link.

Stay tuned for more pre-order updates and stock checking as we get them!