Breath Of The Wild 2: Why Are Zelda And Link Underground?

We're still waiting for Breath of the Wild 2 news, so it's time to explore some more whacky theories to try and piece together what's coming.

This time we're exploring why exactly Zelda and Link are trawling through the depths of Hyrule.

We'll cover the painfully obvious reasons as well as some of the more wild reasons.

Why Are Zelda And Link Underground In Breath Of The Wild 2?

I mean the obvious answer is to stop Ganon/Ganondorf for good. But why have they waited so long to do this?

There are a few reasons why this has happened. Perhaps they've only just been able to establish where the body is and now they're looking to put an end to his torment.

With Calamity Ganon gone, they've been able to research and clearly establish where the source of the evil has come from.

Perhaps there have been new signs of life that have led the duo to the site of his carcass? In the trailer, a green hand is seemingly restoring his power. While the source of the power is unknown, many speculate that it has something to do with the Twili from Twilight Princess.

Could the 100 years that Calamity Ganon reigned have been merely a distraction to allow Ganondorf the resurrect himself? If Link was able to restore himself, why can't Ganondorf do the same?

It could be that the seal that is holding Ganondorf at bay is weakening, it's tough to tell with what is happening in a rather abstract video.

Ultimately, they could be down there for no other reason than something suspicious is going on. 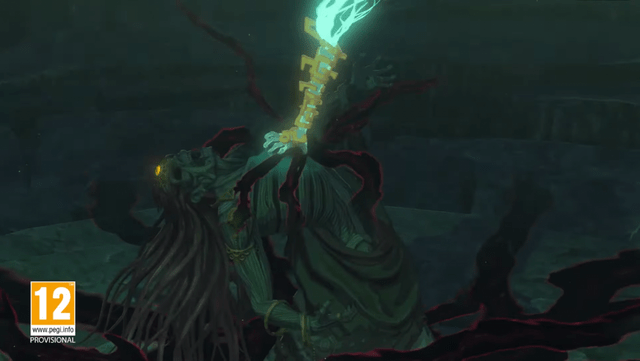 RESSURECTION OR RESTRICTION?: Is Ganondof being revived?

An interesting theory has popped up suggesting that the underground may be the main setting for Hyrule in this new game.

It's clear the trailer is made up of in-game cutscenes or a series of cutscenes, but it would be crude to assume that this is all we'll see of this underground area; surely we will get to explore it for ourselves?

Given how huge Hyrule is in Breath of the Wild, it could easily hold a large underground too. You even see our heroes stop for a drink at a subterranean river; creating the impression it is a big area.

The only thing that goes against this is the idea that this game is essentially a large scale piece of DLC forming a new game.

It would be impossible to expect Nintendo to develop a new map on the same scale as the original. Although, given it's underground, it could be scaled back and would be far more restrictive than the world above. 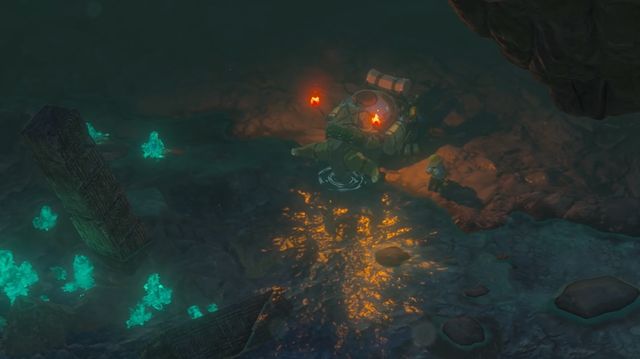 DRINKS ON ME: How big is the underground?

Not to mention that players will have already explored the first map and there's hardly much more that it could introduce without it being heavily recycled content.

At the end of the trailer, Hyrule is lifted up from the ground that it sits on. This pays tribute to the adult Link timeline where Ganondorf takes control of Hyrule Castle and props it up in the air.

It could also be Zelda's attempt to keep the castle away from Ganondorf, paying homage to Skyloft in Skyward Sword.

You do see the image of Demise appear on the wall, perhaps we're seeing the return of the demon king and this is an evasive tactic. MEET YOUR DEMISE: Could the demon king be returning?

Voices can be heard in the audio of the trailer, although not being inherently audible in English.

You'll need to reverse the music, which gives you the phrase "Help us, please" - it could be that Zelda and Link heard these voices and went to investigate.

But who are these people? It would certainly create a great segway for the re-introduction of the Twili and the Twilight Realm.

However, during the trailer, floating letters rise up from Ganondorf's dead body that may answer that for us.

These letters are written in Gerudo and they say "Seal, Ganon". Suggesting that Ganondorf is not being resurrected by someone else, but by himself. 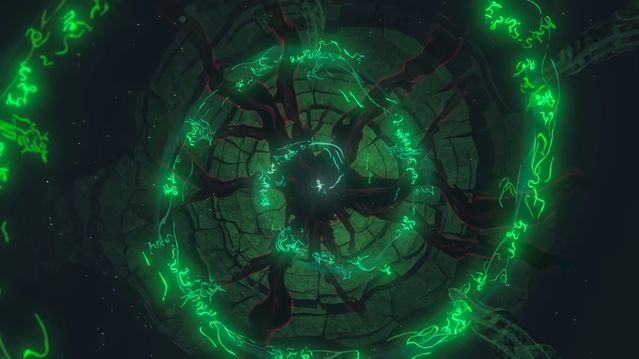 I HEAR VOICES: Someone or something is trying to communicate with Link and Zelda

It could be a little more innocent than all of this and perhaps Zelda and Link are looking to understand Hyrule's history better.

With the threat of Calamity Ganon still looming, Link and Zelda are potentially exploring the foundations of which Hyrule was built upon and what came before them.

There are paintings on the wall that show Ganondorf wielding a trident (although some have suggested it is the King of Hyrule). 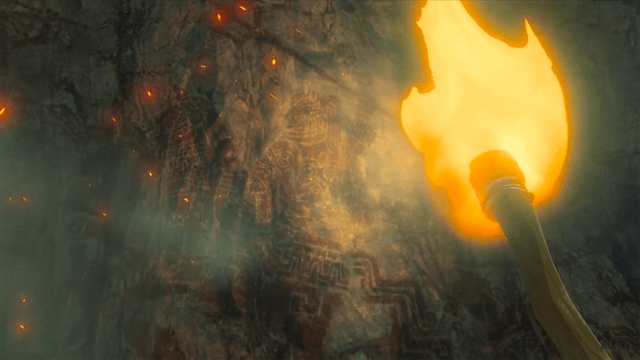 HISTORY IS TOLD BY THE VICTORS: What happened in Hyrule's past?