Where can you buy a PS5? (Without resorting to eBay)

Though Sony previously promised they’d give everyone plenty of prior warning before opening up PS5 pre-orders, in reality, it was all a bit of a shambles with rogue retailers dropping stock in the middle of the night and the console itself selling out in mere minutes.

It’s all left a bit of a bad taste in gamer’s mouths, especially as the console has been seen going for upwards of £1,000 on reselling websites and social media marketplaces.

Fear not, however, if you’re still desperately scrambling to bag yourself a next-gen PlayStation for that special someone, or more realistically for yourself, your second chance has come at last.

After a week spent watching US gamers enjoy the PS5, the console finally officially launches in the UK today and several retailers will have additional stock to mark the occasion.

Of course, the demand for the console still vastly outstrips the supply so we very much expect retailers to sell out in minutes again, so if you want a PS5 this side of Christmas you’ll need to be quick.

Thankfully, that’s where we come in.

All the links you’ll need to be furiously refreshing are below as well, we’d strongly recommend keeping a few tabs open and trying to get a console at more than one retailer as websites are almost guaranteed to crash under the strain of thousands of eager buyers.

For the very latest updates on PS5 stock availability make sure to follow our Gfinity Deals account where we’ll alert you the second stock goes live. 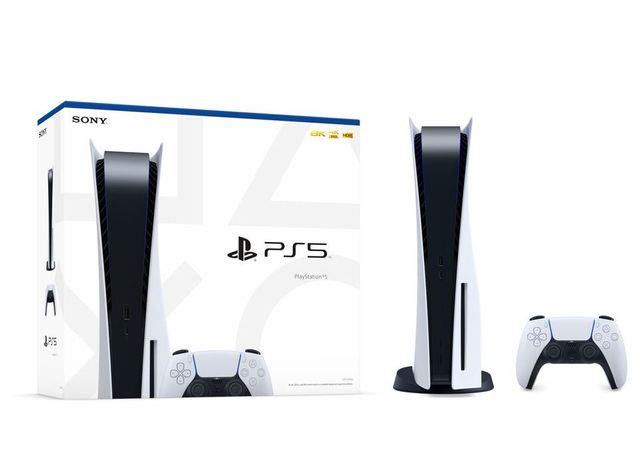 Amazon UK – Amazon have confirmed they will have additional PS5 stock ‘from 12pm’ today. As the biggest online retailer on planet Earth, Amazon was practically the only site to not crash during the original pre-order window, so its a very safe bet when the time comes.

Argos – Argos sent around an email yesterday informing customers that they won’t have any additional stock on the PS5’s UK launch day, but they did confirm they will be taking more orders "before Christmas". Not the most helpful timeframe.

Currys PC World – Currys will have fresh PS5 stock from 9am this morning. We’ve admired its attempts to stop scalpers buying its allocation of consoles as well!

GAME – The UK’s biggest gaming retailer, and the main culprit for starting the pre-order fiasco after putting its initial stock up in the early hours of the morning. They were contacting customers yesterday to warn them they might not be getting their PS5 today on launch day, however, they will have additional stock today from 9am, the £10 delivery charge they’ve been asking people is cough up is hard to swallow though.

John Lewis – More stock for launch day has been confirmed at John Lewis. No official time has been revealed however various social media rumours have suggested 8am.

ShopTo – The digital edition (bundled with a DualSense controller) came back into stock yesterday evening but sold in seconds, we wouldn’t be a surprise to see them have fresh stock at some point today. Website is almost guaranteed to crash, however.

Smyths Toys – Nope, no additional stock at Smyths Toys. An email sent around to customers this week confirmed they’ll be sitting this one out.

Tesco - People often forget about the supermarkets, but big chains like Tesco do carry electronics. They’ll have stock from 9am, will be for instore reservation only so you will have to go to your nearest Tesco to pick up your console once it’s shipped, no home delivery.

Very – Another one that has confirmed PS5 stock but has, rather unhelpfully, not given a specific time. Keep this tab open and be checking it regularly.

Stay tuned for more updates as we get them!