Time to jump back into Night City.

That Cyberpunk 2077 release date is getting pretty close now. Tantalisingly close in fact. 62 days if you want to start some sort of daily countdown.

However, before we start getting too excited (might be a bit late for that) about the prospect of jumping into CD Projekt Red's latest creation, we have another live stream coming tonight.

This new stream, hosted once again by Hollie Bennet, CD's UK Head of Communication, is going ahead later today.

The broadcast will take place on Twitch with the whole show set to get started from 5pm BST.

Not sure what time that is in your timezone? Just follow the link to find out.

Join us on Friday, September 18 at 6PM CEST, at https://t.co/y8iUIM0gBv for the 3rd episode of Night City Wire! We'll take you on a tour around Night City, check up on its gangs, and give you a sneak peek into the creation of #Cyberpunk2077 original score. pic.twitter.com/FoplKXn7Ic

What will they show or reveal in Episode 3?

According to the studio:

"We'll take you on a tour around Night City, check up on its gangs, and give you a sneak peek into the creation of #Cyberpunk2077 original score."

However, it seems that in a change of places, the studio announced earlier this week that they will not be showing the music just yet.

Perhaps it's a rights issue?

But the good news is we might learn more about the Cyberpunk 2077 System Specs.

"We have a small change in the lineup" The studio wrote on Twitter" "we won't be talking about #Cyberpunk2077 music just yet. We will, however, have some cool news that many of you request. Or should we say... *require*?"

It's subtle, but everyone knows what they're talking about. 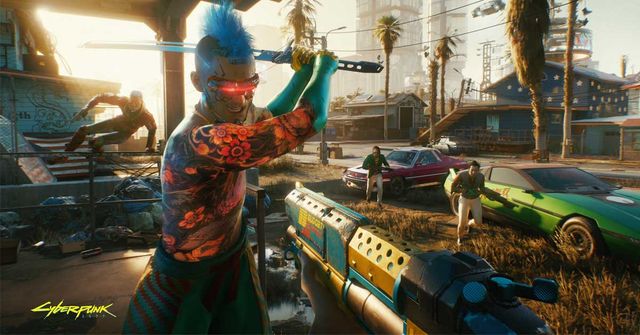 And quite remarkably, it was showing herself fully mo-capped in the game as a new character. Pretty cool.

So we might maybe see a little footage from Alanah in the game? Don't take that as gospel, it just seems like a good opportunity.

Outside of that, we might hear more about the game on next-gen hardware like the PS5 and Xbox Series X - not least if we're already talking specs.

"We are happy to confirm that Cyberpunk 2077 will be backward compatible with both next-gen consoles!" CD Projekt explained a while back.

"Your PS4 copy of the game will work on PS5 on launch day. Anyone who buys the game on Xbox One will be able to play their copy on Xbox Series X when the console launches too!"

With both consoles now out in the open, it sure would be nice to know how the next-gen will help push the game forward compared to the existing PS4 and Xbox One hardware.

We were also told recently that Cyberpunk 2077 DLC Plans were set to be announced: "Fairly Soon". So could they be explained in this next show?