Is the price right?

Sony has finally revealed the release date and price of their next-generation console; the PS5.

While many fans are embroiled in a console war between the PS5 and Xbox Series X, some news may have slipped through the net.

It's been speculated for a while that the price of titles will see a small spike in the wake of a new generation, but yesterday seemed to confirm it.

While some titles still boast the current price tags, others are seeing an increase of over 15%.

Yes, PlayStation 5 games will cost you quite a bit more on top of the price of the new console.

The PS5 launches on the 12th November in select countries including the US, Japan, Canada, Mexico, Australia, New Zealand and South Korea.

The rest of the world will receive the console on the 19th November; an entire week later. Interestingly, their competitor (the Xbox Series X) launches on the 10th worldwide. 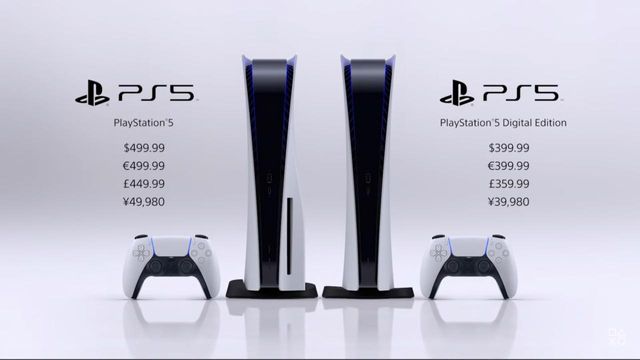 PS5 VS XBOX SERIES X?: Who is winning in your opinion?

Here's a quick look at some of the prices of launch titles:

Read More: PS5 Games 2020: Every Confirmed Game For The PlayStation 5

It's a move that could cost Sony at launch, considering they're already operating a week behind in most major markets.

Microsoft is also offering Smart Delivery upgrades, meaning you won't need to pay anything extra for a title on your new console.

One thing they may have done, even if it wasn't intentional, is offer pre-orders early. Gamers will be unable to help themselves but throw their money down on this console after going so long with no information.

It also gives users little time to really digest the information and compare the two consoles properly. Information like this is critical if you're trying to make a decision at this point in time.