Is Demon Soul's a PS5 exclusive or not?

Back in June, PlayStation and developers Japan Studio (together with Bluepoint Games) announced a full-scale remake of Demon Souls.

New graphics, overhauled controls, improved and expanded content. Not just a port, but a new game built from the ground up, making the most of next-gen tech.

During Sony's September PS5 showcase, we then got an even better look at the game with 5 minutes of gameplay footage (seen below).

Suffice to say, fans of the original game - which launched back in 2009 - were over the moon. You only need to look at the comparison images of the Vanguard demon shown in the most recent gameplay trailer.

It truly is astonishing how good the game looks. But then when it's built from the ground up, it's always going to look great.

On top of this, we also discovered that the game is a PS5 launch title too.

We guess you can notch that up as another reason to pre-order the PS5 when it releases in November.

But what a lot of fans want to know, is if the game is a PlayStation exclusive, or will it eventually come to Xbox and PC, too?

Is Demon Souls coming to Xbox One and PC?

Based on the most recent trailer for the game revealed during the PS5 showcase on September 16, it looks like it could be.

At the end of the trailer a PS5 title card reads in small print:

[Update - September 17, 2020] - Following the confusion of the PS5 showcase and the message on the trailer, Sony PlayStation has issued a statement to Kotaku explaining precisely what's going on.

The company explained that the message fans saw, which clearly stated the game was "also available on PC" was a mistake.

The Sony rep attributed the mistake to “human error” and when Kotaku pushed to further confirm that the game wasn’t coming to PC, the rep also added, “Yes, it’s just PS5.”

Which settles that then, Demon Soul's is not coming to Xbox consoles, or PC. Although we honestly wouldn't be surprised to see it hit PC one day, in the same way that we've seen Death Stranding and Horizon Zero Dawn arrive on PC this past year. 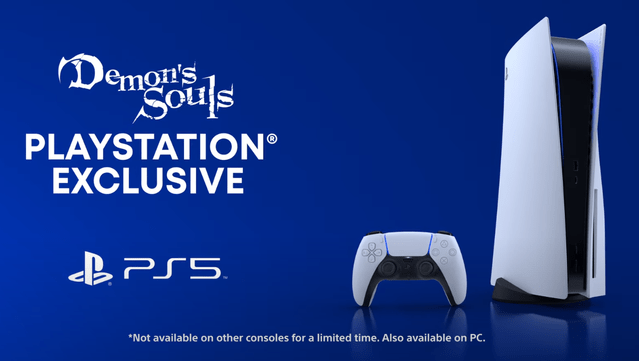 Find out more about 3D audio and haptic in Demon's Souls here.