Find out all about the bosses in Super Mario Galaxy!

You'll be able to play it on the Nintendo Switch.

Here's everything you need to know about the bosses in Super Mario Galaxy!

All Bosses In Super Mario Galaxy

Bowser is known as the villain of the Mario series.

Due to this, he's constantly kidnapping her.

In Super Mario Galaxy, he captures her and creates his own galaxy to enslave her. 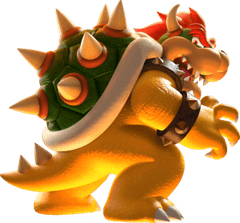 BWAH HAH HAH!: Bowser is the only villain in the Mario/Luigi series to appear in all five games

He's technically a boss but the player must fight his minions instead, Megaleg and King Kaliente. 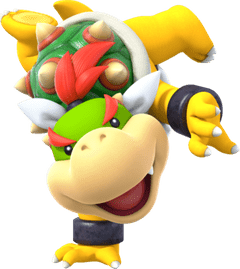 Dino Piranha is the first boss encountered in the game.

His lair is on the Dino Geo Planet and Mario will wake him by accident by hitting the egg. 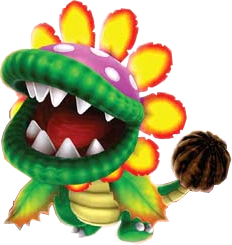 ROARANHA: There is a boss similar to Dino Piranha in Super Mario Galaxy 2 called Peewee Piranha

Megaleg seems to be based on a Snifit (the red enemies that look like they have a gas mask on).

He barely fits on his home planet due to his size.

He has three tripod-like legs which contain traps that prevent Mario from reaching its head.

The Grand Star is trapped in a cage on top of Megaleg's head. 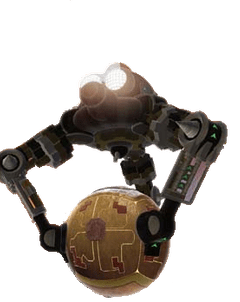 He is located in the Ghostly Galaxy.

If he's hit three times with a bomb boo. he will get new armour and grow arms.

Mario can destroy these hands but they will regenerate over time.

King Kaliente is an orange octopus with a crown on his head.

Some of his body is submerged in lava.

He will shoot fireballs and coconuts at you.

It only takes three hits to knock him down. 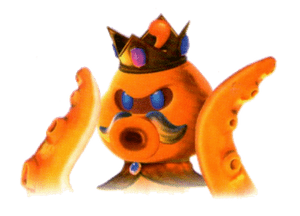 Fiery Dino Piranha is the boss in the Melty Molten Galaxy.

This is the final level of the galaxy.

He must be defeated to get a Power Star.

He's almost identical to Dino Piranha but has different colours and can shoot fireballs.

Hit it four times with its tail and it will be defeated. 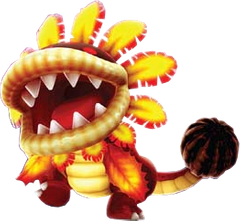 THIS DINO'S ON FIRE: Fiery Dino Piranha's tail sometimes catches on fire in the fight

Kingfin is a giant skeletal shark.

You can find it in the Bonefin Galaxy.

If you shoot Koopa Troopa shells at it, its minions will try to attack you. 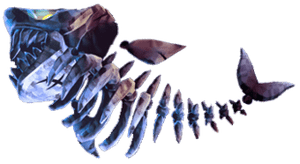 THE KINGPIN: Kingfin commands a legion of Skeletal Fish Guards