Super Mario Sunshine: How To Get To Sirena Beach

Once upon a time, Super Mario Sunshine was one of the best games ever released

Released all the way back in 2002 for the Gamecube, it's arriving on the Nintendo Switch.

Now, players will be able to jump in once again or even for the first time.

If you are wondering how to get to Sirena Beach, we got you covered!

In order to be able to get to Sirena Beach, you are going to need to unlock Yoshi.

We have covered this already which can be found here, or here is the simple version.

Head back to Delfino Plaza.

Catch and defeat Shadow Mario who is holding Yoshi's egg.

Feed Yoshi's egg one of the bananas you can find on the island.

The egg will then hatch, allowing you to ride Yoshi.

Now that you have unlocked Yoshi, the process in order to get to Sirena Beach is quite simple.

Head over atop the building with the blocked pipe, and there will be a pineapple there as well.

Have Yoshi eat the pineapple which will then trigger the pipe to be removed,

Taking this pipe will then transport you to Sirena Beach! 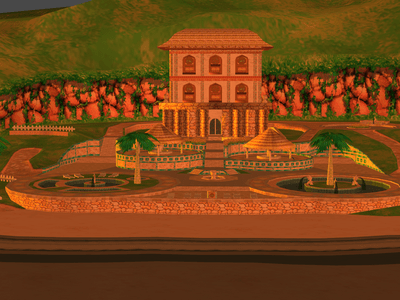