With Black Ops Cold War ushering in a new era of Warzone action, there's so much to be excited about.

We'll be moving back in time to play with some famous weaponry from military history, such as the AK74u, all within the same universe as Modern Warfare.

Zombies have become a hot topic in recent weeks for a number of reasons and all the stars seem to be aligning and indicating that a big collaboration between the two worlds is set to ignite.

Now a new leak has emerged that suggests a familiar location, Alcatraz, will be at the epicentre of this.

Alcatraz holds a strong place in the hearts of Call of Duty zombie fans. The map features for the first time in Black Ops 2's second DLC 'Uprising' in the form of 'Mob of the Dead'.

Mob of the Dead featured the infamous Alcatraz Island during the Prohibition-era of America. Finn O'Leary, Albert Arlington, Salvatore DeLuca, and Billy Handsome attempt to execute an escape plan during the night of the zombie outbreak.

The map was also re-used as a close-quarters battle royale map for Blackout.

What's interesting is that this map is rumoured to be returning. @_TomHenderson_ has again hit us with information about what's coming to Black Ops Cold War and Warzone next year.

Whilst replying to a user about whether he knew anything regarding a Zombies Chronicle 2 in Black Ops Cold War, he simply replied with a GIF of Mob of the Dead.

Another user, @SayoriGrace, chimed in saying that "It's for Warzone, the Alcatraz Blackout map location names are in Warzone's files."

TheGamingRevolution has since cleaned things up a bit for us all by saying that the map was recently added to the Modern Warfare files.

Dataminers have been claiming that the locations were added into Warzone. TheGamingRevolution has claimed to have seen these files and although we've not seen them for ourselves, we can trust the source its coming from.

During the 'Days of Summer' update, the following files were added:

It's safe to assume this Alcatraz location will be added for the Cold War version of the map coming in Warzone.

Theories are speculating that this could be the new Gulag. TGR points out that the assets and files are all there to make this work when you think back to the Blood of the Dead DLC in Black Ops 4 (a remake of Mob of the Dead).

It's also worth noting that the Blackout logo can be spotted on the Treyarch's website. 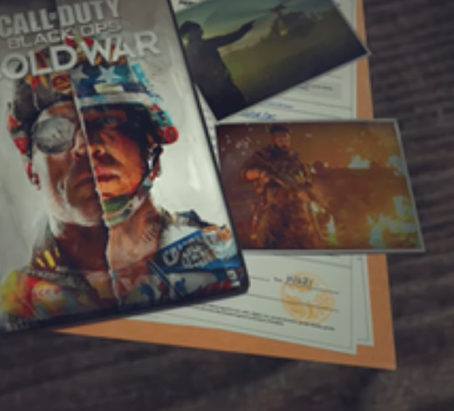 But could it be that Alcatraz actually arrives during the alleged Zombies mode, which is set to arrive in Season 6? The timing is very coincidental.

It could be the next season has a zombies theme to it and answer questions we've been asking for so long such as: "Why is there a blue glow under the ice at Dam?". Could it be related to element 115?