Diablo 3 Season 21 is coming to an end very soon. Here's everything you need to know.

Blizzard also noted that Double Bounties will also be ending.

Diablo 3 Season 21 started way back at the start of July, and naturally, players on PS4, Xbox One, PC, and Nintendo Switch are starting to wonder when the season will come to an end.

The season of the Trials of Tempests has been an interesting one, but arguably not the greatest for long time fans. It wasn't bad, just clearly it needed longer in the PTR to iron out some of those bugs.

With Diablo 4 still some way off releasing, all eyes are (rightly) turning to the next season and the conclusion of Season 21.

So, we've done some digging and the math to help you work out how long is left before we bid farewell to Diablo 3's current season.

Here's everything you need to know about when Diablo 3 Season 21 is coming to an end. 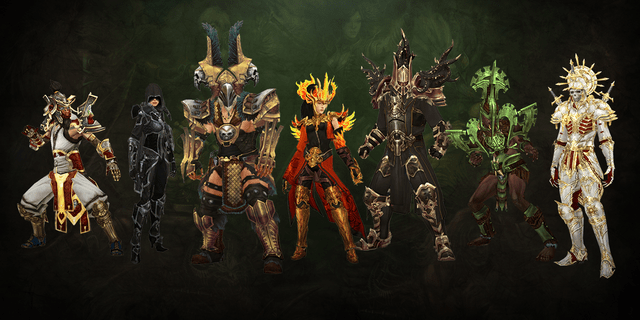 At the time of writing Blizzard hasn't provided a cast iron end date for Season 21 of Diablo 3.

But it's not too difficult to work out when this current Season could come to a close. For one thing, both Season 19 and Season 20 were both (exactly) 14 weeks and 2 days long.

A new Season also typically launches on Fridays, and end on Sundays.

Now, given that Season 21 started on July 3 and assuming Season 21 was exactly the same length, it would put its end date at roughly the middle of October.

Given everything we know, we suspect that we will see Season 21 end on October 11, a Sunday.

Of course, there's always some margin for error, so it could be we see the devs finish the season a week early or late.

Either way, we're looking at roughly the middle of October before we bid farewell to the season of the Trials of Tempests.

Equally, if we were to assume that Blizzard has a few weeks of PTR testing planned, we suspect Season 22 will begin somewhere close to the end of October or first week of November.

We'll update you should Blizzard reveal anything more specific in the coming weeks.