Since officially launched during the beginning of Summer 2020, it has maintained a stable player base.

With constant updates and open communication with the developers; Riot has been getting off to a solid start.

Now, a new tease from one of the developers may have alluded to some juicy content coming soon.

Riot has been very open with a direct line of communication between the players and the developers since the game released.

Over on the Valorant Reddit, a thread was made for the new Ask Valorant QNA with the players and developers.

Reddit user csgothrowaway and Riot employee Pwyff got into a lengthy conversation regarding some future content/ideas for Valorant.

It has been no secret that Riot wants to expand the agent pool for Valorant as much as they can.

We have seen the roster of agents almost double since launch; and we know we are getting more down the line.

Pwyff noted the following on agents:

At first, this seems unimaginable at the time; how can Valorant ever get to this many agents. 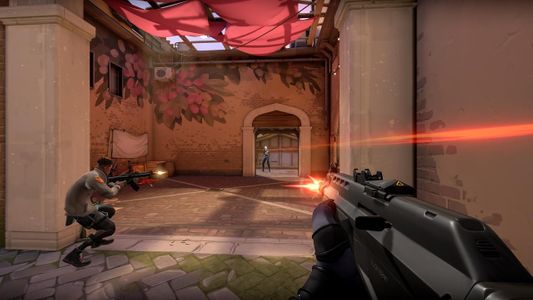 Pwyff went on to say this about agent drafting and how other titles such as Dota 2 have found a perfect medium for the concept:

"DotA2 is a great example to me, because each unit is unique, but drafting at the highest levels is about building the right toolbox (or so I think from my armchair)."

"If you have a good, winning strategy, you can draft the S-tier hero for that strategy, but if it's banned, you start picking up the A and B-tier heroes who, when put together, can still do that function. If VAL is more like that, I can see it supporting a much larger ecosystem of agents."

With this in mind, it appears at least some of the Riot developers are not opposed to the idea of agent drafting.

However, as of now we do not know if there are actually any plans for it.