Fortnite Chapter 2 Season 4: How To Open The Stark Industries Vault

Let's check out how to get into the Stark Industries vault.

Epic Games continue to push the Marvel theme and the player base is loving it.

In the recent update, a Stark Industries vault was added into the game.

The vault contains a wealth of loot for players to get their hands on.

Let's check out how you can access the vault and escape with the loot.

The Stark Industries vault is similar to other loot vaults in-game.

In order to gain access, players will need to pick up the keycard at the location and defeat the boss defending the vault.

At the Stark Industries Vault, Iron Man will be defending the loot.

The best way to defeat Iron Man is to use high-ground to your advantage.

You can use this window located by the vault to fire down on Iron Man from cover. Check it out below: 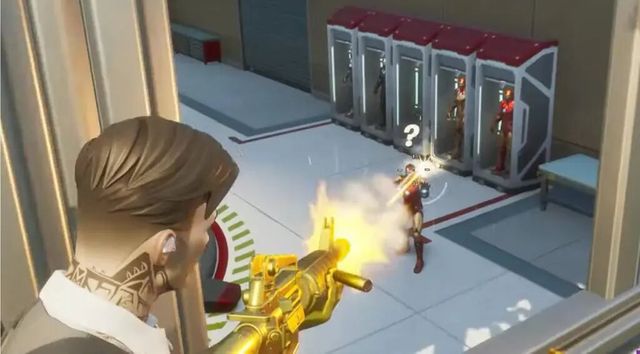 By firing down from above, you can avoid Iron Man's close-quarter abilities.

Once he is dead, pick up the Iron Man keycard and head to the vault.

Avoid the cameras on the way to the vault and pick up the loot inside.

The Stark Industries vault should set you up for the late game and hopefully the victory.

You can check out our latest Fortnite article here.