The world witnessed the Black Ops Cold War's multiplayer for the first time this week and what a spectacle it was.

More often than not, reveals such as these often leave a lot to the imagination, however, this simply wasn't the case.

Treyarch and Activision laid their card on the table with the multiplayer and gave us so much more than we expected.

It's fair to say that a few secrets are still being kept close to their chests for the time being.

One of the big topics being discussed within the community, at present, is the prestige mode.

Prestige Mode is an option in multiplayer allowing players to reset their rank, unlocks and challenges in exchange for certain game-specific goodies.

This included a new rank logo, a Create-A-Class slot, as well as other game-specific benefits such as unlocking weapons permanently if they were to continue to prestige.

Players would start once again from level 1 and most games shipped with up to 10 levels.

First introduced in Call of Duty 4, this mode was removed during Modern Warfare in place of Seasonal Ranks.

While Seasonal ranks were a decent addition to the game, they couldn't replace the prestige system. The prestige system gave players something to grind for and the benefits, while seemingly less valuable now, back in the earlier games were crucial.

It's been a whole year since we last saw it and so many rumours have deflated our hopes that it will return.

@ModernWarzone, as well as many other leakers, have explained that “As of right now, it looks very doubtful that prestige mode is returning with Black Ops Cold War.”

After the livestream, Treyarch has specifically mentioned in a post-reveal tweet "More progression system details to come". 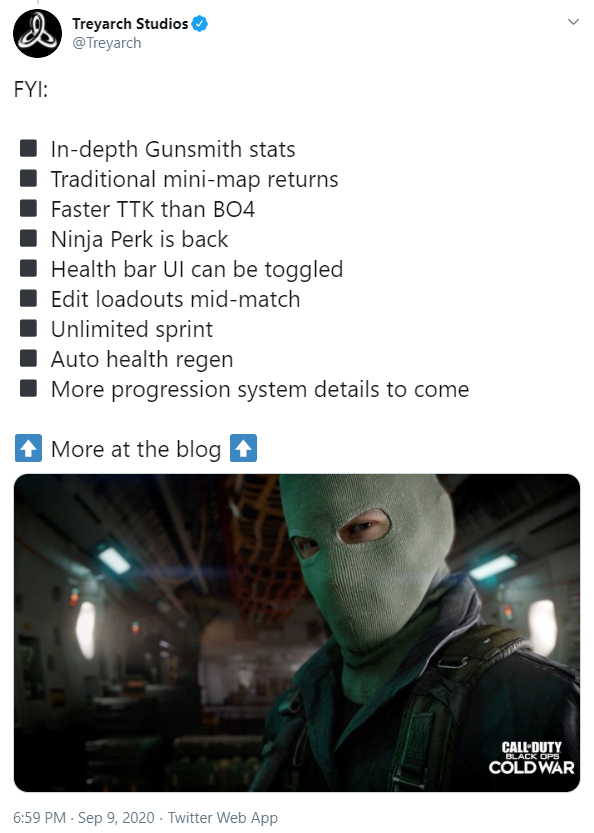 It seems like a strange thing to mention specifically after all that was revealed and it could be that they've taken note of the various polls and tweets pleading for this feature to return.

It's a stretch, we know, but it is very curiously placed and sported. If things were staying the same, they would have likely said something by now or avoided mentioning it.

Perhaps they've been waiting for player feedback in order to make a decision? Things like this can change last minute and it's clear there's an overwhelming majority hoping it will return.

Either way, we'll at least get clarification on whether it is in or out later this year.