Hyrule Warriors: Age Of Calamity Map vs Breath of The Wild

Hyrule Warriors: Age of Calamity wasn't the game Zelda fans expected, but it's looking like the game they needed.

Set 100 years before the events in Breath of the Wild, it tells the story of how Calamity Ganon rose to power and decimated the land.

With the recent trailer giving players a sneak peek of what's to come, it's already been heavily dissected.

One of the most important pieces of lore we can extract is the map.

So here's what's changed between the Hyrule Warriors: Age of Calamity map and Breath of the Wild.

Read More: Hyrule Warriors: Age of Calamity: Release Date, Trailer, Gameplay, Characters, Price, Story, Screenshots And Everything We Know About The Breath of The Wild Prequel

Hyrule Warriors: Age Of Calamity And Breath of The Wild Map Comparison

The clever folks at GameXplain have scrutinised the Hyrule Warriors: Age of Calamity and have done a great job comparing it to the Breath of the Wild map; highlight key changes to the map.

It's important to note that the map in Age of Calamity is not an open-world map but merely stages with a clear beginning and end. As well as this, some assets have been modified in Age of Calamity to benefit the gameplay experience.

First up, is the Sacred Grounds which has been left in ruins by once particular Moblin battle that takes place. The destruction doesn't just end here, it extends past here to more pillars further on.

You can also clearly see the moss and grime has taken over in the Breath of the Wild to indicate the passage of time.

Interestingly, the pillars past the grounds have been extended in Breath of the Wild. It's likely to get the most out of the limited stage, Age of Calamity has brought these two locations together to pack more into the gameplay nd not overextend the length of the stage. 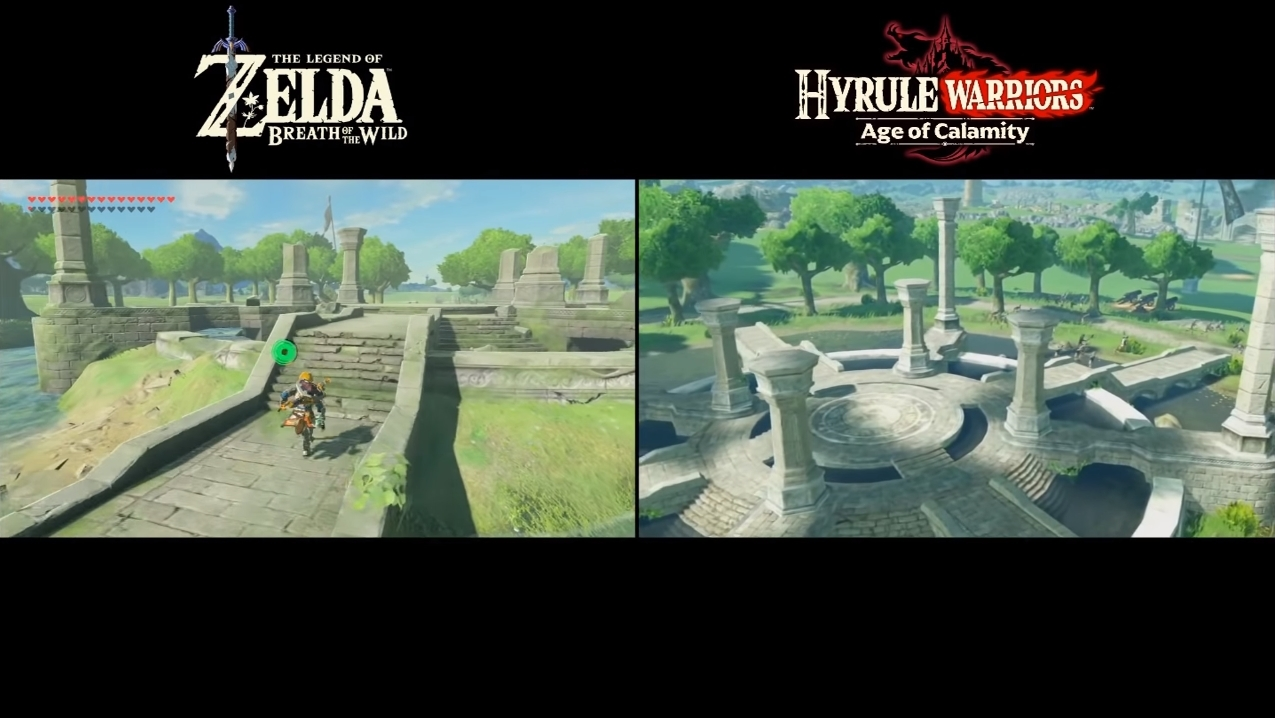 GROUND ZERO: The site of one of the biggest battles in Hyrule history

Interestingly, Hyrule Castle (although covered in Ganon's malice in Breath of the Wild) is relatively unchanged.

The walls of Hyrule haven't been breached, but the huge rock that sits between the walls has been obliterated. Perhaps this is where Ganon's army sieged the castle?

It's also worth noting a large battle must have taken place as there are far fewer trees that before. 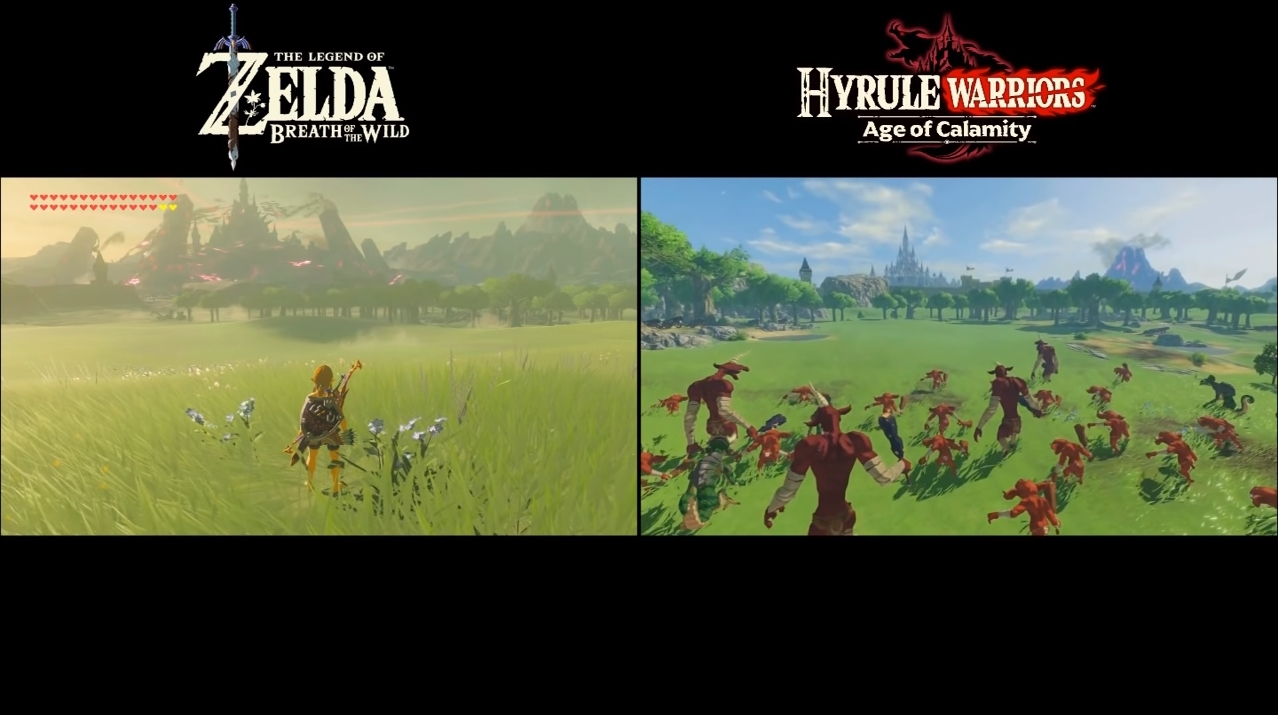 It seems that although not much changed to the castle itself, it has seen better days and has suffered a few wounds from a great battle that took place.

Again, another cosmetic change can be noticed, the Hyrule Castle banners have been adjusted to suit the trailer of the game. 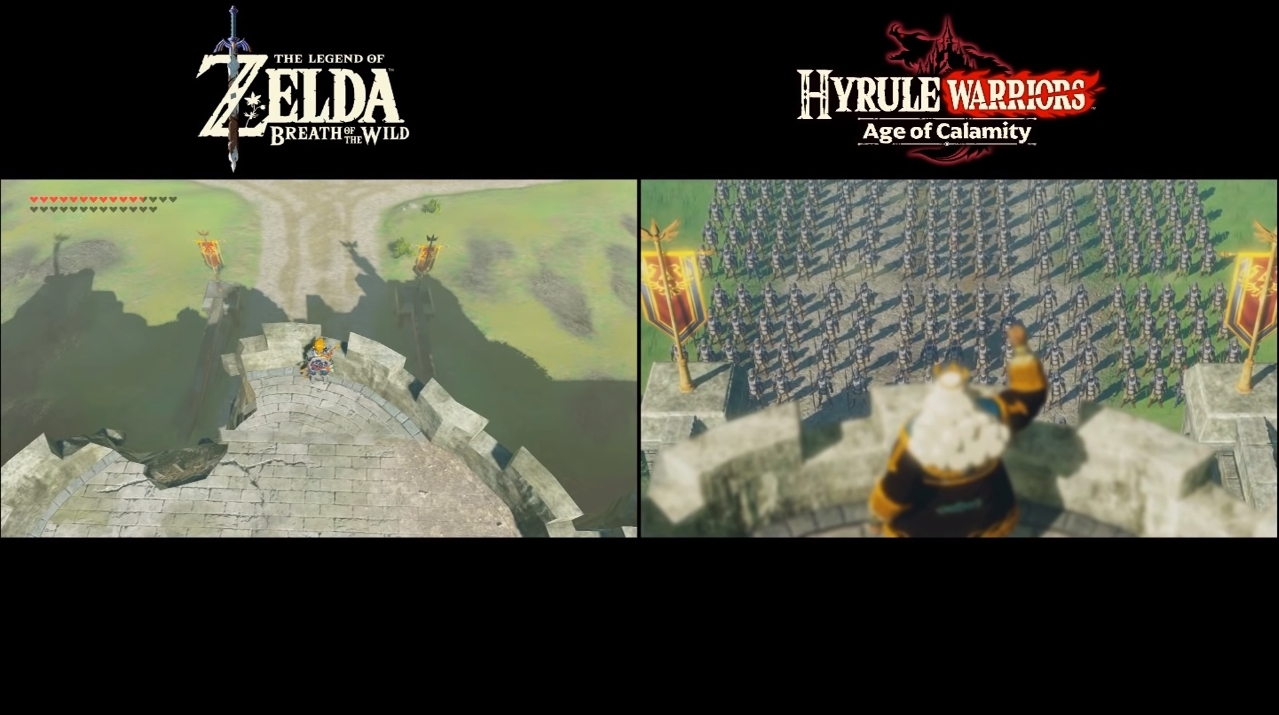 A rare case of the past being worse than the future in the Gerudo town.

While the environment is almost unchanged, some of the shops have been destroyed due to the ongoing battle with the Yiga clan.

What's really strange is that in 100 years that shop hasn't changed at all...that must be some good material the Gerudo use. 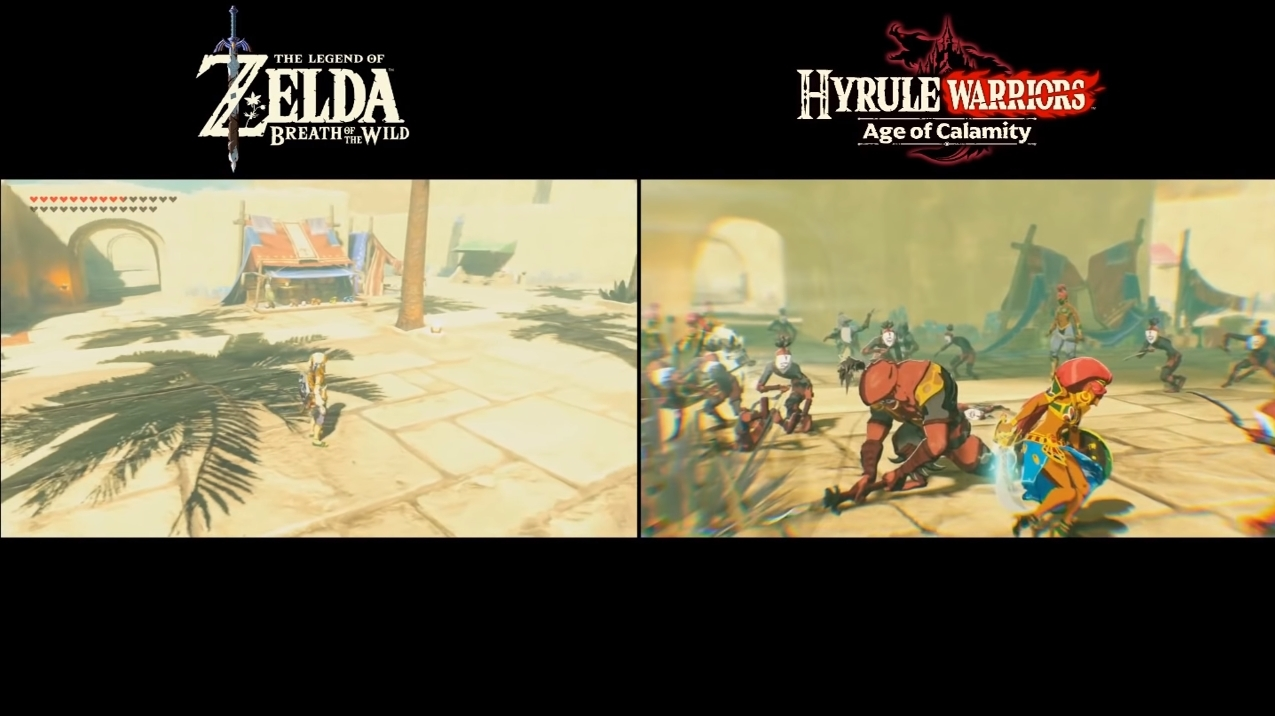 GeruDON'T: The desert seems unchanged in over 100 years

As more footage emerges and further details are released, we will see just how Ganon's emergence has impacted the land of Hyrule.

While some of these may seem rather minor in the grand scheme, there's no doubt going to be more changes that tell us more about the story.

Give the video a watch and see all of the changes for yourself! Can you spot anything that we haven't?