Warzone Season 6 arrives at the end of the month in what will be the climax before Black Ops Cold War launches.

With one final season under its belt, there are lots of cards the battle royale still has to play, including a Zombies mode and a Live Nuke Event.

One that many may not have expected, is the ability to custom your games - now it's looking like a real possibility that private matches are coming.

There's something a bit off-putting about having a casual game on a Friday night with your friends, only to get killed by a rooftop camper with a Grau 5.56.

Well, we have good news, it looks like Infinity Ward may be answering our prayers.

Thanks to a new glitch, brought to our attention by @ModernWarzone, players are being put into private lobbies. 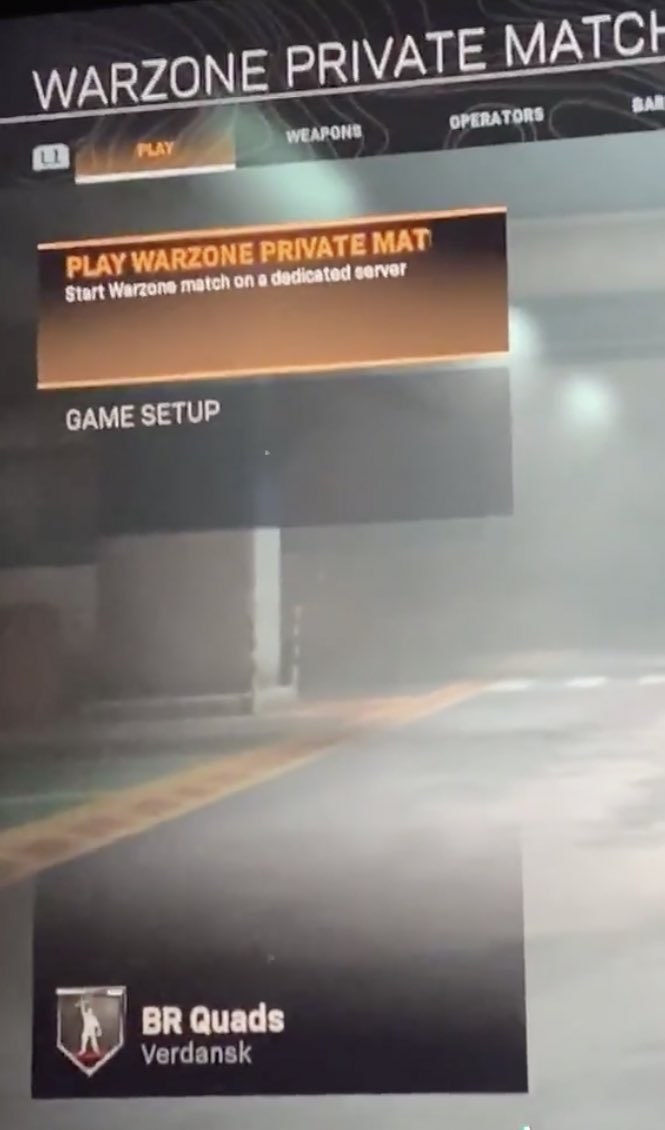 YOUR LOBBY OR MINE?: Is this proof that Warzone is getting custom games?

Photo via dbock3556 on Tik Tok

It's been long rumoured that at some stage in the future Warzone will receive a custom lobby function; a haven for players tired of the SBMM to play more casually with friends.

It's not the first time a new piece of content has been shown to players due to a glitch, some multiplayer maps that were due to release in past seasons started appearing before they were release.

But that's not the only benefit, it's now got huge potential to be a big esport. Warzone tournaments are kicking off all the time and with the interest growing and a new Call of Duty game set to evolve the Warzone experience, what a great addition this will be.

It makes sense to test this function now before the launch of a new game to really make the mode pop and potentially set up an esports season.

It will certainly make influencer tournaments more compelling knowing that all your favourite streamers are in one place facing off in Verdansk; especially in the 1980s.

With Season 6 set to kick-off at the end of September, it's going to be an interesting few months for Call of Duty and the story that is unfolding in Warzone.