A Redditor has spotted Series X boxes in a warehouse, which you can see below.

Adorned with the "Power Your Dreams" tagline, they still offer top-billing on the rear to Halo Infinite, a game that was delayed to 2021.

Xbox Series X may have gotten a launch date and price yesterday, but everyone knows that it's not real until we see the box that'll adorn store shelves.

Thankfully, we now know what to look out for after November 10 after Canadian store The Source listed the box, which was then shared by @Wario64 on Twitter.

Sure, it's just cardboard, but it's interesting to see Microsoft double down on the console's monolithic design by making the top corner the main focus. 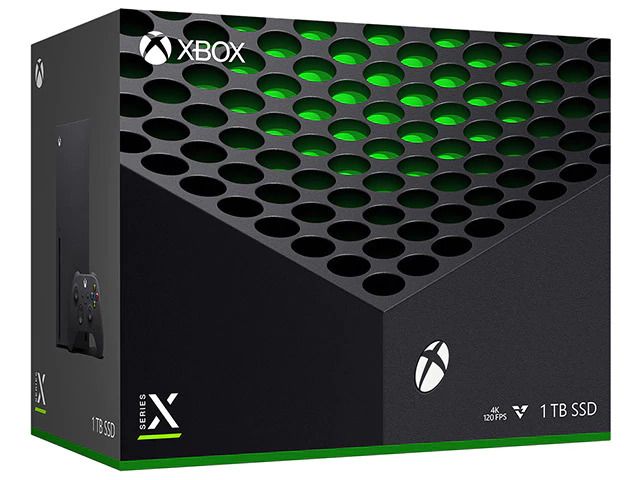 It's an Xbox Box that contains an Xbox.

It's interesting that given the sleek sides of the console, Microsoft has chosen to highlight the large cooling vent at the top.

The recently confirmed Xbox Series S has a vent on the side, so perhaps Microsoft is hoping that by highlighting this aspect of the Series X, people will be able to establish the difference between each (aside from the colour, logo, and price, of course).

The box also has the usual boasts of the console's power, noting the 4K 120FPS output, as well as the 1TB SSD.

Then there's the little "V" between the two, which we'd imagine is referring to the Xbox's "Velocity Architecture".

In short, this is what allows the console to run multiple games at the same time, allowing the player to jump between them almost instantly.

Given the size of the console, I might sell my home and move into the box, because it'll probably be pretty roomy.

For more information on the next-gen consoles, be sure to check out our full coverage of the price and release date announcements for the Xbox Series S and Xbox Series X, as well as the addition of EA Play to Game Pass.

Finally, it looks as though the Xbox Series S will actually be faster than the PlayStation 5! Find out more here.