Devourer of Worlds and Victory Royales?

Fortnite Chapter 2 Season 4 brings plenty of Marvel superheroes and villains into the battle royale, and it looks as though it'll all be capped off by the arrival of Galactus.

The huge, planet-eating being is widely expected to make his arrival towards the end of the season, based on comic books in the game.

But could a skin be coming, too? This is all speculation, of course, but we'll be updating this page as we hear more.

We don't know for certain but expect the "Devourer of Worlds" to be added after his appearance in the game, presumably late in the season, after the Galactus event. 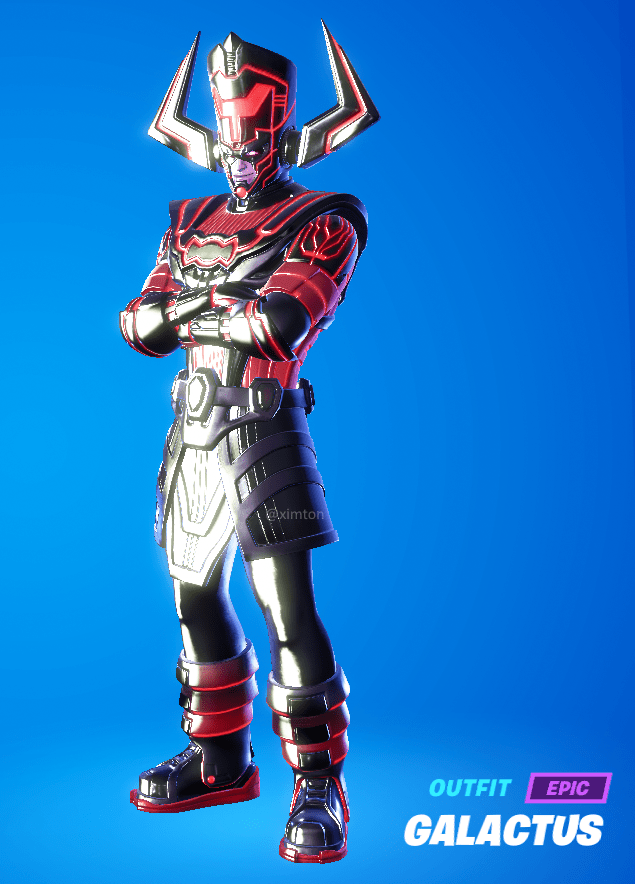 It's tough to picture what Galactus could come with, back bling wise, but it could be the Elemental Converter that converts matter into energy.

He's also had multiple armour variations in the comics, so his back accessory could be some kind of armour extension.

Galactus often travels aboard huge starships, but these feel a little too big to use to drop onto the battlefield.

Instead, we expect he'll use "The Punisher" (not to be confused with Frank Castle), a robot that does his bidding.

Perhaps the robot will drop him onto the map?

Ok, there's plenty of scope for Galactus' harvest tool to be something special.

For one, it could be "The Ultimate Nullifier", which can obliterate anything the wielder envisions. How that would work in-game is up for debate, of course.

Then there's the Elemental Converter again, which could harvest materials by drawing them out of structures.

Of course, with Galactus being so powerful, it could just be a case of him smashing through items with a makeshift pickaxe!