Verdansk is staying in Warzone! At least that's what appears to be the hidden message coming out of the multiplayer reveal.

The home of Warzone arrived in March and with rumours of a new map on the way, many would-be mistaken to believe that November would be the last time we see it.

However, if you were listening carefully to the Warzone segment, it looks like it's staying.

Here's what we know about the map in Black Ops Cold War.

Whilst describing what's in-store for Warzone once we transition to the new game, he may have dropped the biggest news of all - Verdansk is staying!

"We can't wait for you to see how Verdansk and all of Call of Duty will evolve in the year ahead".

This is huge news as a new map is certainly on the card with Black Ops Cold War-themed locations ahead.

But how is this possible? Well, very easily if you're familiar with the story of Verdansk. 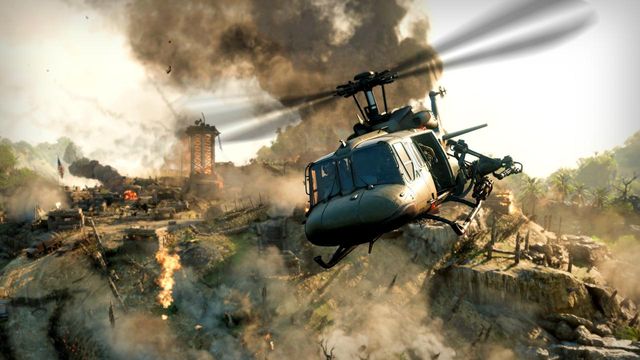 I'M NOT LEAVING: The wolf of Warzone will stay

The story of Verdansk and Black Ops Cold War's integration has actually been in the making since the start of Modern Warfare.

Verdansk existed during the Cold War and was actually destroyed during this time; it was later rebuilt.

During one of the cutscenes in Modern Warfare's campaign, Nikolai explains that "this place was nice once". "East and West rebuilt Verdansk after the Cold War".

In the opening cinematic for Season 4 of Warzone, Captain Price explains that Verdansk was a city of tunnels, Gulags, bunkers and weapons of mass destruction.

With the live nuke event set to go off at some point in Season 6, we're expecting it to trigger a map overhaul. It makes sense when moving forward to wipe out the city and rebuild, but Black Ops Cold War is set in the past.

It's likely the narrative will tee up a flashback of what Verdansk used to be like in the 1980s. It's possible that new Verdansk is set much further into the future, after another rebuild, which is why it would make sense for Modern Weapons and cosmetics in a Cold War setting.

Whatever happens, it's not the last we've seen of Verdansk.