The multiplayer reveal for Black Ops Cold War was the best in ages!

New maps, game modes, and weapons were all showcased today.

As well, a new and unique scorestreak system was revealed to a mixed reception.

Fans of the Call of Duty series are will familiar with what scorestreaks are.

An alternative to killstreaks, these do not only count the kills you get; but they also count your overall score of a match.

This was done in the past to reward more team-based playstyles, rather than slaying out the entire lobby

They will be making a return this year, as announced during the multiplayer reveal but this time with a twist!

Noted on the reveal live stream, there is a massive change coming to the way scorestreaks work in Black Ops Cold War.

In previous titles when you die, your scorestreak meter resets.

Spawning back in you will begin at zero, and this has become the norm for every Call of Duty.

Treyarch has decided to implement what they are calling 'Chain Score'

Players who get multiple kills during a single life will have a multiplier to their scorestreak when they spawn in, making it easier to get a scorestreak.

Captured by CharlieINTEL this is Treyarch's official statement on this new method.

"A dynamic and rewarding Scorestreak System means score is no longer lost on death, and you’ll earn score multipliers for stringing together multiple kills in the same life. You’ll also earn score for helping your team to play the objective, and each Scorestreak goes on a cool down after it’s used to prevent spamming." 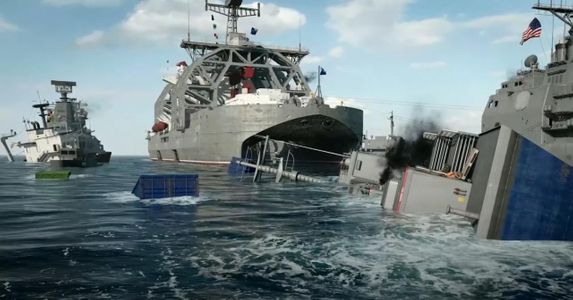 So, it appears it is going to be easier to get scorestreaks in Cold War.

However, Treyarch has added a cooldown feature to each scorestreak so you do not have access to them all the time.

The exact cooldown time for each scorestreak is unknown as of now as well!