Black Ops Cold War is the name of the new Call of Duty title for 2020.

The massive multiplayer reveal was today, and we got an ample amount of news.

New game modes such as Escort The VIP are going to be in the game, and a new mode called Fire Team was a hot topic as well.

First noted by CharlieINTEL on Twitter, they stated that the Fire Team game mode is as follows:

"NEW MODE in #BlackOpsColdWar: Fireteam is a new 40-player category of Black Ops Multiplayer with up to 10 teams of four, where the action is centered around not just the operators in the field, but also the environment they battle in."

So, this game mode appears to be more than just your regular Domination or Team Deathmatch!

Shortly after this tweet, David Vonderhaar talked about the game mode.

"The Fire Team format allows us to emphasize teamwork, and reward creativity, and it allows you to do things you've never done in a Black Ops multiplayer before" 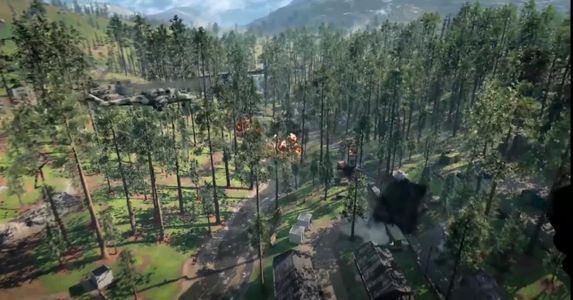 The first game mode out of the Fire Team game mode that we know about is called Dirty Bomb.

This is the guideline for this game mode and how it will work!

There also seems to be an ample amount of vehicles and other crafty ways you can get the upper edge over the other team!

Dirty Bomb was the only game mode we got details on during the reveal.

However, they noted that there is going to be more and they cannot wait to talk about them soon!