Xbox Series S: How Latest Console Price Stacks Up To Other Xbox Hardware

The nature of the console's announcement surprised many following a spate of leaks earlier this week, but it's been rumoured for months, if not years.

One of the most impressive parts of the announcement, however, was the console's price of £249/$299.

Wondering how that stacks up to other Xbox consoles? A new infographic from IGN puts it in perspective. 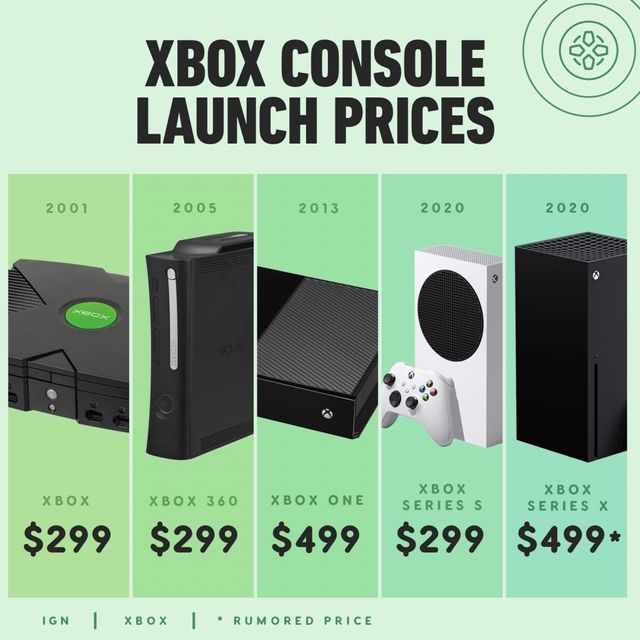 As the graphic shows, the Xbox Series S is launching at the same price as the original Xbox and the Xbox 360 (without a hard drive), and a whole $200 less than the Xbox One.

The Series X is likely to launch at $499, putting it in the same price range as the Xbox One, which received subsequent hardware revisions to keep costs down.

It's also worth noting that adjusted for inflation, the Xbox 360 launched at the equivalent of $396 - meaning the Series S will, in essence, launch at a cheaper price point.

Microsoft will no doubt be hoping that the console's low price point makes it a tempting entry into the coming generation, particularly when paired with Xbox Game Pass.