Black Ops Cold War is the next instalment in the Call of Duty series when it releases later this year.

Treyarch will be leading the helm, and we cannot wait to check out the zombie's mode.

One aspect from previous Treyarch games may be making a return - Dead Ops Arcade 3!

The Dead Ops Arcade mini-game has been a hidden game that Treyarch has implemented in some of its previous titles.

It plays like a retro shooter, and you can loot some incredible weapons during it, and it offers a nice change of pace from the regular zombies.

Since Treyarch has added this game in previous titles, many assumed we would be getting the third iteration in Cold War.

He notes that a while back when the 'Red Door' alpha was leaked on the Xbox Store, which we found out later was the alpha for Black Ops Cold War.

Data miners were able to get into the game files of the alpha and discover a listing for Dead Ops Arcade within said files.

The strange aspect behind the location of the game files for Dead Ops Arcade was that it was stored inside the 'Warzone' category.

TGR notes that there is a possibility there will be some sort of terminal within the new Warzone map.

Players will be able to check the terminal in-game and jump into some retro action!

As of now, however, we can only speculate how players will be able to access Dead Ops Arcade 3; as Treyarch has been silent on it! 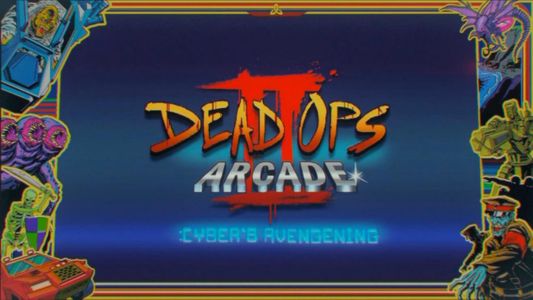 It's very likely some sort of Dead Ops Arcade game will be present in the game, especially if files reference it.

While signs are looking good, it is a bit of a surprise that Treyarch has invested precious time and resource on this add-on mode.

Dead Ops Arcade appears to released every other Black Ops game. The original debuted during Black Ops 1 and the sequel came in Black Ops 3.

Perhaps it's a small teaser and taster game that could be present in Warzone, enticing players to buy the full game to try out Zombies?