The opening game of the season is upon us - here's our guide!

The Fantasy Premier League is due to kick off this weekend as football action returns.

With an international break occupying some of world football's biggest stars, there's a lot to consider for what is no doubt an unorthodox opener to the Premier League.

COVID-19 has disrupted our regularly scheduled programme, but the show must go on.

Gameweek 1 is arguably the most important gameweek because if it goes poorly, it can set the tone for the rest of the season.

If you're looking to scout what's coming in the opener, we've got you covered. 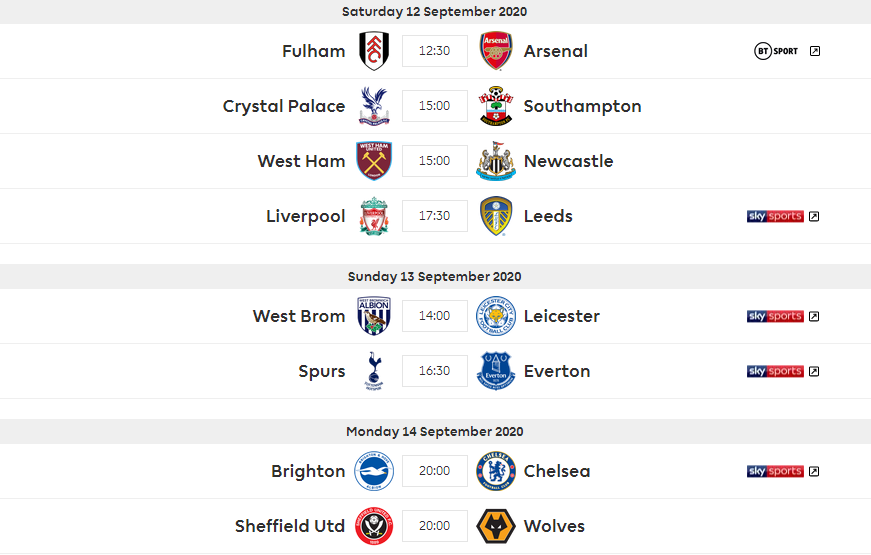 With Gameweek 1 kicking off the season, you have a fresh chance to overhaul your squad and set it up for success.

Picking players from these five squads, for the most part, will be solid investments for the three gameweeks ahead.

Who To Pick In Gameweek 1?

The reigning top goalscorer should be top of your list for strikers heading into the new season.

Scoring 23 goals last season, he's no doubt going to bag a couple in his opening games.

Leicester starts their campaign against freshly promoted West Brom (A) and Burnley (H), followed by a tough class at Manchester City (A).

It would be a shock not to see him involved in some form and after two weeks, he can easily be subbed out for a safer option, but he's been known to bag a goal against City.

Best of all, the 33-year-old retired from international duties; meaning he'll be raring to go.

NO VARDY NO PARTY: The 2019/20 Golden Boot winner is a must-have in your team

The Egyptian King was prolific last season getting 233 points, the second-most points in the league.

With Salah not taking part in the international break, he'll be fit and fresh to go for Liverpool's opening game against Leeds United.

Leeds United will undoubtedly play a stubborn tactic but it will be tough to stop such a fine Liverpool squad.

If you're unsure about Salah, Mane is also an identical option, scoring just 12 points fewer, who also didn't partake in the international break.

What's worth considering is that Liverpool has two tough games in gameweek 2 (Chelsea) and 3 (Arsenal).

It's still too early to gauge how good Liverpool's side is this season, so it may be worth considering bringing these two in for a one-and-done week, then swapping them out for a safer choice.

Heung-Min Son is undoubtedly a huge talisman for Spurs and regularly runs the game for his side.

It's a fresh season for Mourinho and with Son achieving his best season to date, things are looking good.

Everton has bolstered their squad and if history has taught us anything, it's that this is always a tough fixture to call.

But, Spurs have a great run of fixtures ahead of them that should mean Son stays in your lineup for the long run.

Their season will hinge on their ability to keep a clean sheet. 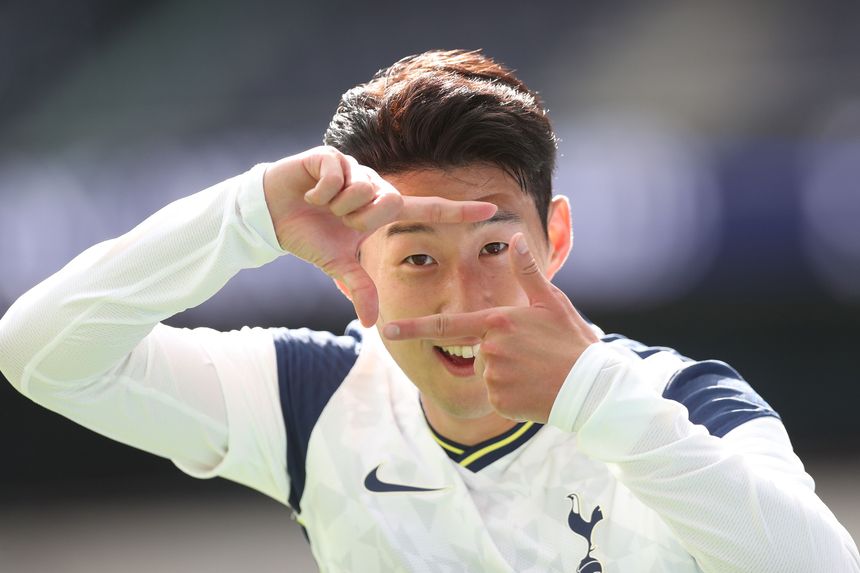 SON'S NOT CRYING: A reliable FPL performer at all stages of the season

Chelsea's backline was chopped and changed so regularly last season, it's tough to pinpoint a standout duo.

With Thiago Silva's arrival and an easy debut fixture, it would be a surprise to see him left out; especially as he didn't participate in the international break.

Both Rudiger and Christensen took part in the international break, so it's a safe bet that Thiago is getting into the squad.

5.5 million is also a steal for one of football's best centre-backs.

While they may have a tough game against Liverpool coming up, after that they have West Brom (A), Crystal Palace (H) and Southampton (H).

Thiago is without a doubt a great addition to your squad for the long haul if Chelsea perform to the ability we expect of them.

Enda Stevens and a number of Sheffield United defenders are all kicking about for 5-5.5 million.

If you're looking for a cheaper option to round out your squad, take a look at one of these heroes.

The question is, will second season syndrome hit them?

An expensive option, but oh so worth it. Aubameyang is in the form of his life recently and it would be a naive decision to not give him a look.

Especially as he's been strangely listed as a midfielder this year, meaning you can free up a striker spot and get a clean sheet bonus point.

Arsenal's opening fixtures are also solid, playing against Fulham (A) and West Ham (H) before meeting Liverpool (A).

BACK WITH Au-BAMeyang: Arsenal's danger man is now listed as a midfielder

If Kai lives up to the reputation that proceeds him, he's going to be a core part of almost every FPL team.

The German didn't participate in the international break and is likely to feature in Chelsea's first game.

The attacking player is going for a generous 8.5 million with some great fixtures ahead.

Who To Avoid In Gameweek 1?

Avoid picking players from the following teams as they do not have a fixture in the opening gameweek:

There are some great fixtures you should look at if you're struggling to find a suitable captain.

Here are some standout candidates to consider giving the armband to:

FIFA 21: Every League And Club In The New Game