Fall Guys Dizzy Heights: How To Win, Fastest Route, Strategy Guide, Tips And Tricks And Everything You Need To Know

Fall Guys is all the rage right now and you may want to get a few extra crowns to show off to your friends.

Season 2 is rapidly approaching with new stages, so it's time to master the old ones.

Dizzy Heights is straight forward and if you know the best route, you can fly through the race.

Here's our guide to Dizzy Heights.

What Is Dizzy Heights?

Dizzy Heights s a race stage and pits you against all other players in the lobby.

Every bean starts at one end of the stage and must make it to the other end, but there are spinning platforms that will slow you down.

Your mission is to pick the best route and make it to the finish.

The opening route of Dizzy Heights can give you a huge advantage if you take the correct path.

Your starting position can change your route slightly from the offset, but won't make a huge difference for the most part. Your objective is to hit the left circle on the second row.

If you start on the left, in front of circle one, you should jump on to that circle, Wait until you can jump on the next circle and jump off. 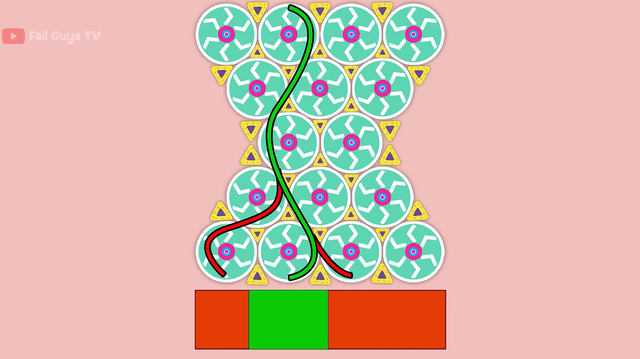 The left circle on row two will lead you on to circle one in row three.

Follow that around until you can jump on to circle one in row four, quickly jump sideways to circle two.

Finally, jump on to circle two in row five.

Getting through the opening isn't difficult, but there is an optimal route which you should take.

Fortunately, it's not too different even if you start in different positions.

Follow the fastest route above and you will be set. Most players will head for the second and third circles in the centre, meaning it can get very crowded.

You may need to wait to get on to the circle to ensure you make it round clearly.

As you make your way down the ramp from the first section, if you jump you can speed up by skipping parts of the ramp that you would normally walk on.

Balls will generate every 5-6 seconds, you want to get yourself over to the right side of the ball chutes to get the best approach on the next section.

The general strategy is to dip in and out of two columns to avoid being hit by the balls.

If you're caught out you can actually dive between the crack of the ball and the blocks.

Head for the third purple ramp. 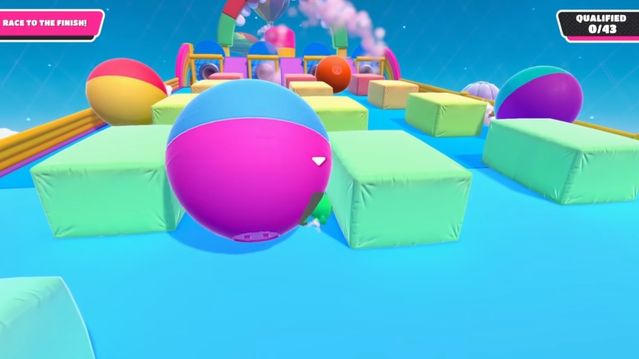 BALLIN': Get under the cracks to avoid being squashed

In the next set of spinning circles, head to the right and although it's straight forward you can shave a few seconds off.

Aim for the right side of the circle, jump to the left of the next two circles and finally the right of the penultimate circle.

The final circle spins counter-clockwise, so starting on the right side will get you around faster.

Dive down on to the steps so you don't fall over when you hit the ground.

Don't move unless you need to get out the way of a falling ball. If you do, run with the direction of the rotating circles rather than against it; you'll get past the balls much faster.

On the final step, you'll want to get around to the right side fast to set you up for the ramp.

Once you're on the ramp, stick to the side as the balls will not hit you here.