Destiny 2 has been getting a flurry of updates and new content in the leadup to the Beyond Light DLC.

Destiny 2: Beyond Light is likely to be the biggest expansion for Bungie's space-shooter yet.

However, Bungie has recently released some clues regarding the return of Uldren and some new Exotic Catalysts.

The most recent 'The Week At Bungie' was posted on the third of September.

This series has been a great way for fans to stay informed about what is going on within the Destiny world.

However, this iteration was special as fans noticed something particularly odd with one of the symbols on the Triumph page.

Before we talk about it further, take a look and see if you notice it! 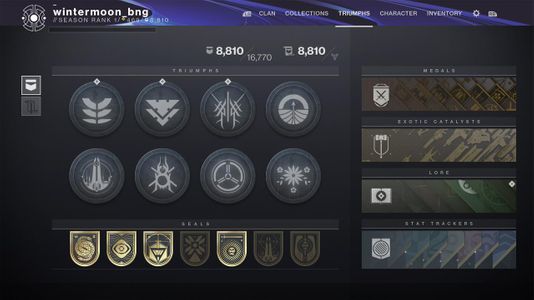 So, one of the symbols on this page represents the Cosmodrome and it is also the same logo Uldren had on the back of his armor during a scene in Destiny 1.

This had led a flurry of discussion amongst the community, as this seems to be a clue left by Bungie for us to find.

Perhaps the return of Uldren is in the works and will be coming soon?

Along with the teaser about the return of Uldren, there were also some new clues regarding Exotic Catalysts.

The Catalyst tab got a reworked logo and Forbes noted the following weapons appeared on the new logo and they do not have Catalysts yet.

So, there is a good chance these will become the next wave of Exotic Catalysts in Destiny 2!