PS5: How Good Is The PlayStation 5? Developers Detail Their Thoughts

The leadup to the fall gaming season has been one of the longest waits in recent memory.

With titles such as Cyberpunk 2077 and Assassin's Creed Valhalla hitting the shelves soon, we are all still waiting for more news on the next-generation consoles.

With games being developed and optimized for the PS5 and Xbox Series X; some developers have shared their thoughts on how powerful the hardware has become.

Here's what they had to say!

For those who need a quick refresher on the specs of the PS5, below is a full list!

With a heavy emphasis on the SSD and the new Tempest 3D Audio; we cannot wait to get out hands on these consoles later this year!

In a blog post by Sony, developers form studios such as Insomniac Games, SIE Japan and Guerrilla talked about some of the strengths the PS5 has to offer.

There were two prominent features that they talked about, and these were the SSD and the 3D Audio.

Brian Horton who is the Creative Director for Spider-Man: Miles Morales had this to say:

“Beyond near-instant loading and fast-travel, the SSD and its speed allow us to more quickly load and display more detailed assets. This should lead to the city looking better than ever, and this is just the beginning for our team unlocking those possibilities. It’s a fundamental change that we can’t wait to take more advantage of in the years to come.”

Gavin Moore, Creative Director for SIE Japan had high praise for the SSD as well!

“As developers [of Demon’s Souls], we are already changing the way we think about the SSD. We see it not just as storage but also memory, utilizing the speed of the SSD to load data at blistering speeds, bringing you straight back into the action to avenge your many deaths.”

“The SSD is a gamechanger, I think as this generation matures we will see some amazing innovation in streaming and open-world game design.” 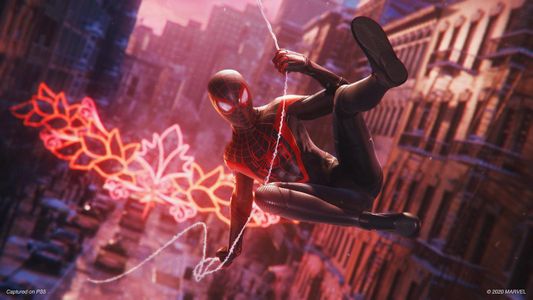 We are all well aware of how much Sony has been hyping up the SSD for the PS5, but one aspect that fans may not consider to be revolutionary is the 3D Audio.

However, some developers think the new 3D Audio features are going to be game-changing!

Mathijs de Jonge, Game Director for Gurrilla had this to say:

“Now with the PS5 console’s Tempest 3D AudioTech sound engine we’ll be able to play sounds in such a way that players will be able to locate the machines around them with greater ease, which is great for situations in which you find yourself surrounded or just want to sneak on machines.”

Last but not least, Julian Maroda, CEO and Creative Director for Norsfell mentioned the following :

"The ability to layer the music even more deeply with dozens of different states reacting to areas and enemy levels make for an environment that’s even more lush and mesmerizing. The players can use these cues to prepare accordingly in the hopes that they might live another day.”