Apex Legends' Season 6 update has been an overwhelming success so far.

The update has been live for nearly 2 weeks and players are loving the new content.

Despite this, since the launch of Season 6 players have been noticing strange changes to the Worlds Edge map.

An Apex Legends Youtuber, The Gaming Merchant, has made a list of the intriguing changes to the Apex Legends map.

Let's check out what mysterious changes that have been discovered:

Players have noticed that the words "Knock Knock" have been written in the top right-hand corner of the in-game map.

There are multiple theories on what this could possibly mean.

The Gaming Merchant has suggested it could be linked to a Halloween event.

This would make sense considering the holiday is only 2 months away.

Of course, the Easter egg could be linked to Season 7.

There is a chance Respawn has decided to start laying a breadcrumb trail early on, however, it's very unlikely.

We'll have to keep our eyes peeled for any other secret messages in-game. 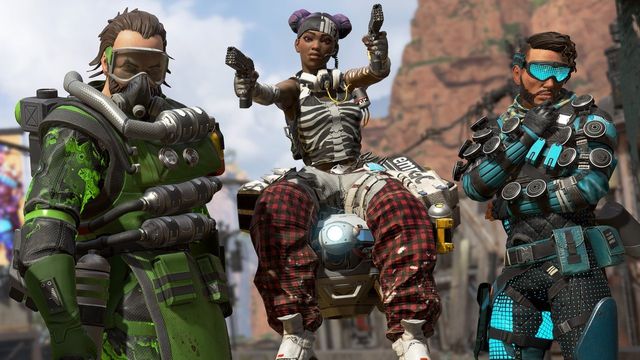 This strange discovery isn't actually in-game at all.

It's linked to the game's digital comic books that can be accessed in Apex Legends.

Players have noticed the titles of each of the comics are counting down.

For example, "Rolling Sevens in Love" and "Six Stitches".

A new comic book is added into the game each week so the countdown will seemingly continue until it hits 0.

No one is sure what will happen when the countdown finishes but it's certainly an interesting mystery to follow.

Players have begun to notice strange boxes scattered around the map.

These boxes are labelled "Inactive" and currently cannot be used for anything.

These boxes remained a mystery until leakers revealed they were gravity lifts.

As of yet, Respawn has not revealed when these gravity lifts will be usable.

You can't beat a few mysteries and secrets to solve.

Easter eggs are becoming a popular way of revealing new content to players and I'm certainly not complaining.

You can check out our latest Apex Legends article here.