Warzone Season 5: Is The R9-0 Shotgun Broken? How To Unlock Dragon's Breath Rounds And The Best Loadout To Use

We are well into Season 5 of Warzone and after the Bruen MK9 underwent a nerf, it appears a new overpowered weapon has entered the ever-changing metagame.

This time around, it’s the R9-0 shotgun. The quick-firing shotgun received a significant buff with Infinity Ward adding Dragon’s Breath rounds as an attachment. When selected, the rounds drastically increase the damage, igniting the target dealing further damage for a small duration.

But is it really so overpowered that the shotgun is considered broken?

There are two ways to get your hands on the Dragon’s Breath rounds. The first option is to buy an R9-0 blueprint from the in-game store and the second option is to score a total of ten kills while sliding.

All ten kills can be earned in a single match so there’s no need to leave the lobby after every kill you score.

The easiest way to unlock the ammunition is to jump into the Shoot the Ship playlist, sliding around Shipment at breakneck speeds.

For those that don’t own multiplayer, jump into the Plunder playlists and attempt to score as many kills while sliding as possible. This can be difficult given the sheer number of open areas in Verdansk, so opt for dropping at Superstore to score the kills. 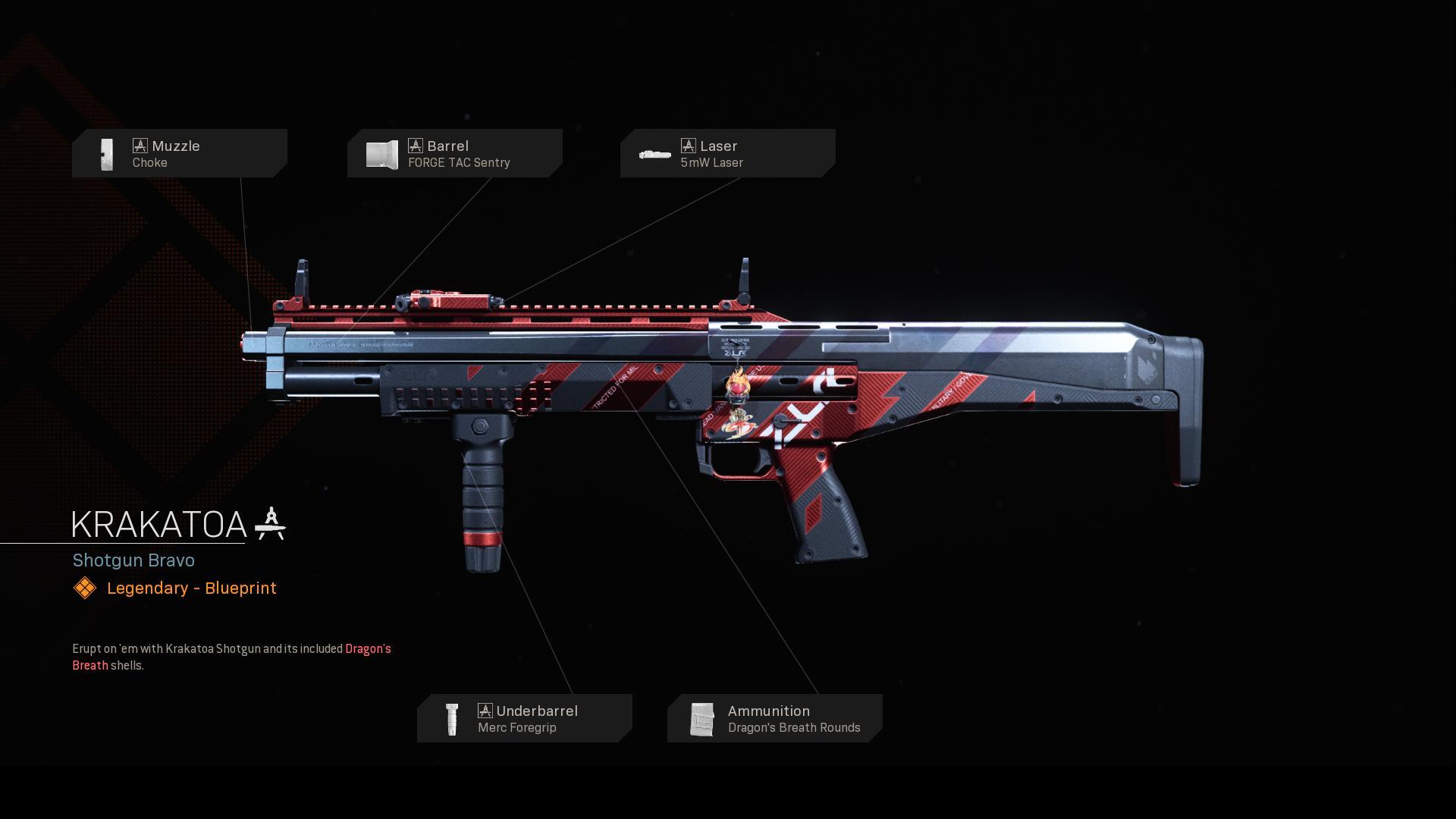 Once you’ve scored those sliding kills, you’re going to want a loadout that packs a punch when dropping into Verdansk. The Krakatoa blueprint is the perfect close-quarters weapon to dominate the opposition.

The choke and merc foregrip provides plenty of recoil control while the addition of the laser drastically improves accuracy when firing from the hip. All this combined with the dragon’s breath rounds makes for a lethal combination.

Having played a few games of Plunder, the R9-0 is certainly the best close-quarters weapon to be using on Warzone. In terms of the Dragon’s Breath Rounds being a game-breaker, I wouldn’t go that far.

The likes of the MP5 and Uzi are still very strong weapons to use at close-range, and with the addition of the R9-0 rounds, it adds further depth to the Warzone metagame.

NICKMERCS has publically stated that the weapon is broken and wants to see it nerfed.

“If I post a video, saying that it’s broken and more and more people use it, it’s only going to get the damn thing fixed faster"

He believes it won't be long before the gun is finally fixed.