COD League 2021: Rostermania Rumours, Confirmed Transfers And News Ahead Of The Call Of Duty League Season 2

The Call of Duty League's debut came with plenty of drama and that's set to continue as we transition into Black Ops Cold War.

The CDL 2021 league will continue with 12 franchise teams as it enters season 2, but in a surprise twist, will move back to 4v4.

With teams now being forced to drop a member of their squad, there's a lot of free-agents that will be circulating the scene.

So who's going where? Here is the latest rumours and confirmed transfers for the COD League.

TJHaly Back on OpTic - 3rd October

The iceman has returned for the #GreenWall in 2021, however, it is unknown if OpTic Gaming will still be apart of the CDL with the recent purchase by HECZ.

Paris finished 10th in the regular season and at the CDL finals. 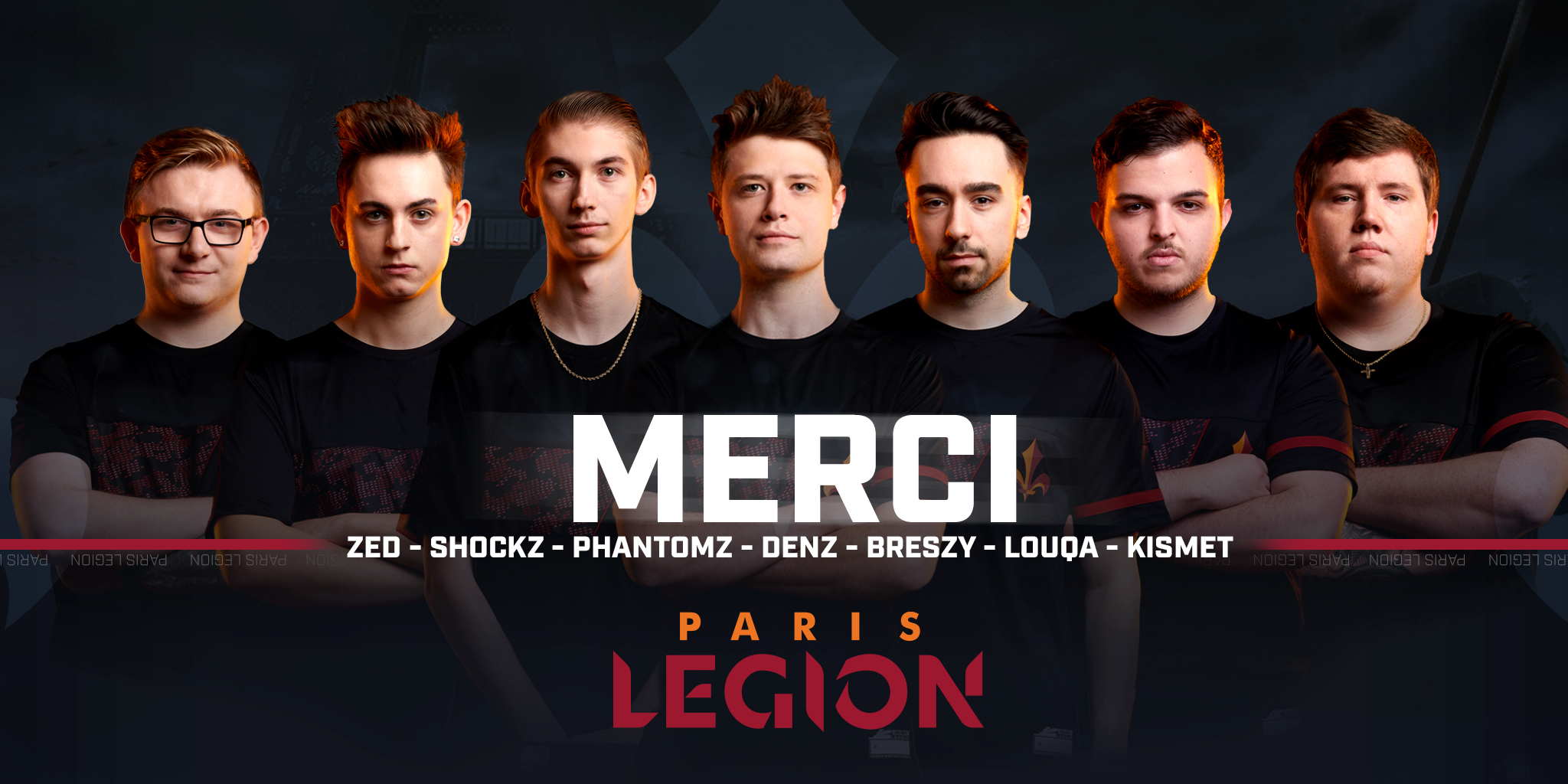 In a series of emotional tweets, Minnesota ROKKR have dropped their entire squad.

Asim, Silly, Alexx, Assault, Exceed, GodRx, TTinyy all have been removed from the side.

Methodz has tweeted a GIF of Jon Snow saying "My watch has ended"; potentially meaning he has been dropped from the squad.

ZooMaa has also chimed in saying "same", sparking speculation that he has also been removed from his squad.

Dotesports are claiming that New York are interesting in bringing in Clayster, while keeping hold of ZooMaa and Mack.

ZooMaa and Clayster are no strangers, both being part of that dominate FaZe Clan squad that won so many trophies during Advanced Warfare.

It's believed that Attach and Accuracy are exploring their options.

A number of players are now unrestricted free agents, as they have not renewed their contracts.

Here's who has not renewed contracts:

Seattle Surge have announced that they are letting their whole squad go other than Octane. 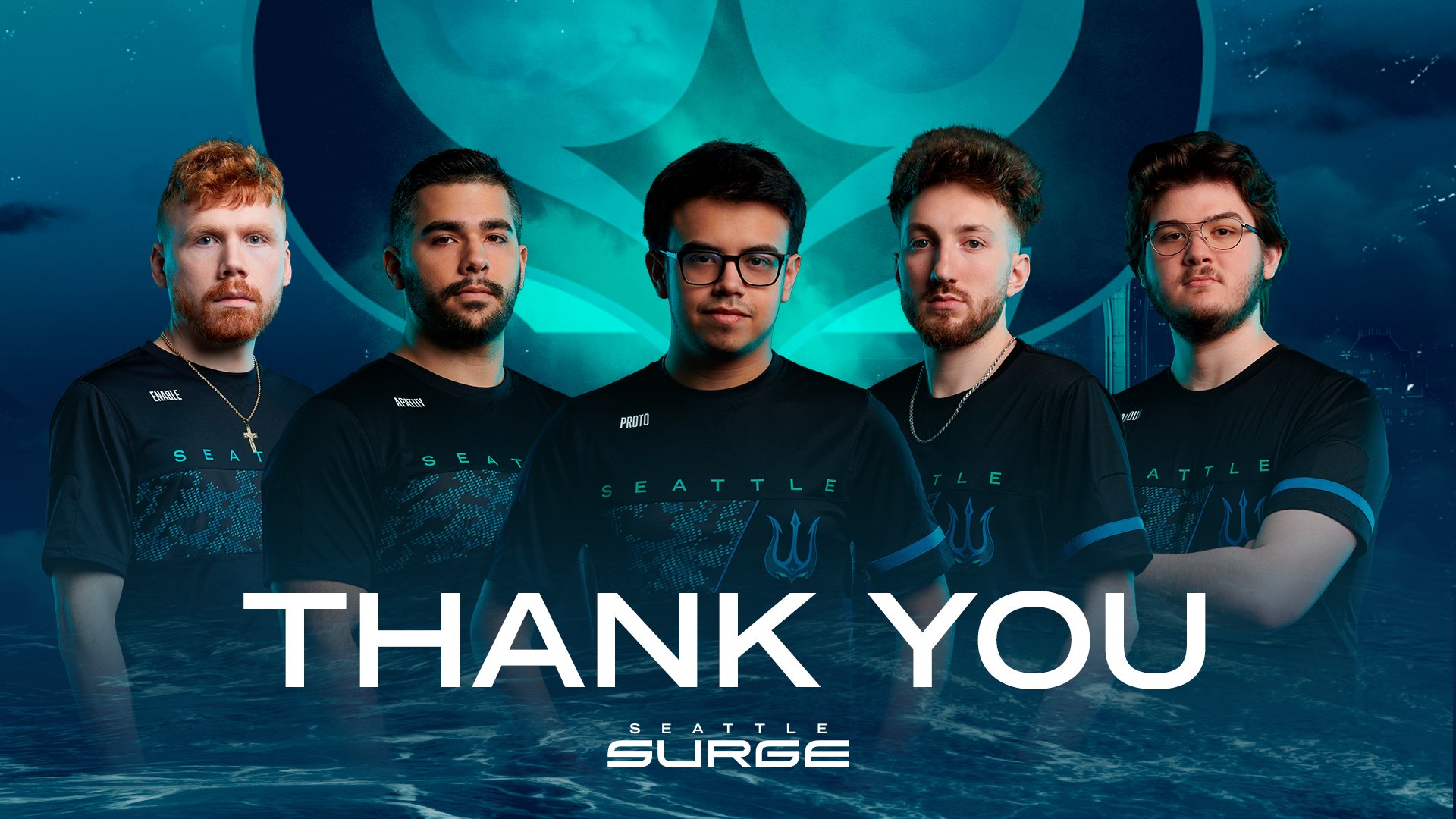 Wuskin Confirms He Is A Free Agent - 5th September

Wuskin confirms that he is a F/A on Twitter and is not part of the London Royal Ravens squad.

Currently mid Warzone tournament but I just thought I would let twitter know I’m a F/A what’s next for me who knows but yeah, I wanna win that’s it.

Temp Leaves Subliners And Has A New Team? - 5th September

Temp has been going off on Twitch, claiming he's no longer on the Subliners squad and has had an offer come in.

Looks like @Temp has his first offer from a CDL team 👀 pic.twitter.com/faZ3nTFU6E

We've got a potential update on Toronto's team situation thanks to @INTELCallofDuty:

Arcitys, Priestahh And Dashy On The Move - 4th September

Arcitys is set to join the Atlanta FaZe, OpTic Gaming Los Angeles is looking to acquire Priestahh, and Dashy is likely to join the Chicago Huntsmen, sources tell Dot Esports.

Next Season Will Feature Plenty Of New Rosters - 4th September

@INTELCallofDuty is once again providing the information for us all.

He claims that every team, apart from Dallas Empire, will have at least one new face on the starting line-up in the next season.

According to @INTELCallofDuty, the minimum roster size has been reduced from 7 to 5 players.

According to Parasite, all rosters are set.

While teams could change still and nothing is official, according to the former World Champion everyone has a "full-on idea of who they want to play with next year and they are committed to those rosters".

If that's the case, it sounds like we may not see too much movement going into the next year. Perhaps with gameplay being reduced to 4v4, it has thrown a spanner in the works and teams are keen to stick with what they have already.

One player's future for the CDL has been decided already and that's Jordan "JKap" Kaplan, who just announced he is retiring from competitive Call of Duty.

JKap was moved to the substitutes bench back in May, being replaced by Chino, for OpTic Gaming LA.

Jkap won back-to-back Call of Duty World Championships in 2015 and 2016 during a 10-year career that spanned across 10 different organisations.

The 26-year-old became a powerhouse name when he joined the OpTic Gaming squad in 2011, before moving to Team Envy.

We want to thank JKap for the great memories and wish him the best success for the future; we hope he has a happy retirement. 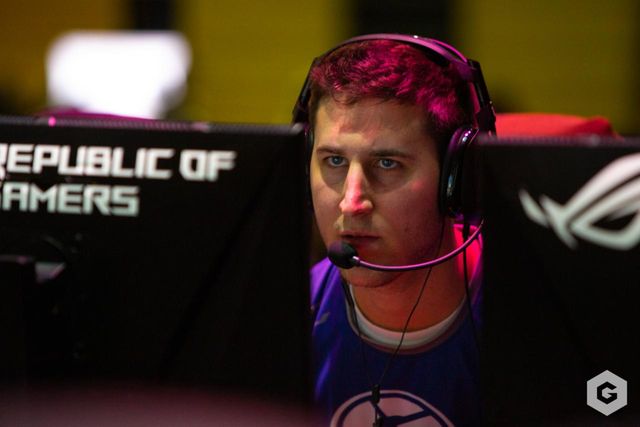 Has Dashy found a new team? He may have revealed he's already got a new team lined up for Season 2.

Comments are speculating he's heading to Chicago - a team that could consist of Scump, Formal, Envoy and Dashy.

Brandon "Dashy" Otell kicked off the season as a starter for OpTic Gaming LA, but after poor results was moved to a substitute position.

During COD Champs 2020, Dashy had to sub-in for Kenny "Kuavo" Williams due to connectivity issues in a Loser's Bracket Round 1, Game 5, against Los Angeles rivals Guerrillas. Kenny went on to pull off a stunning 1-and-done performance to help OG into the next round.

Bevils And Ricky Staying On At LA Guerrillas - 2nd September

Bevils and Ricky are staying on as coaching staff at LA Guerrillas for Season 2 of the CDL.

The LA Guerrillas finished 12th in the league season and 11th at COD Champs 2020. 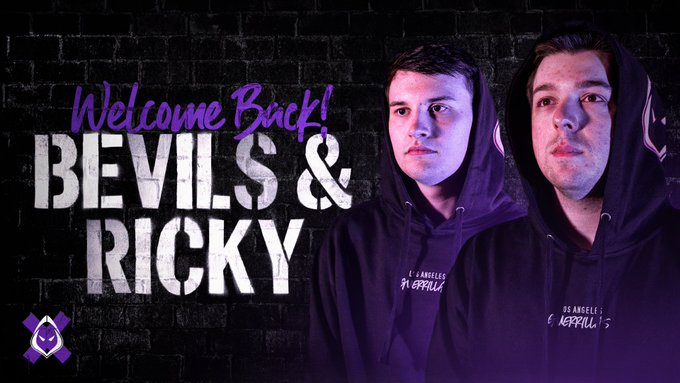 Jordan "Jurd" Crawley has announced on Twitter that he is an unrestricted free agent.

While he has had a long and successful career in the European scene, Jurd has only claimed one major international tournament victory - the CWL Global Pro League 2017 Stage 1 Playoffs in Infinite Warfare.

Bradley "wuskin" Marshall has tweeted out a cryptic message and eluded to the fact he has been dropped from the Royal Ravens lineup.

Matthew "Skrapz" Marshall has chimed in that they're not out yet "It’s just new contracts basically, Have the option in yes/no".

@INTELCallofDuty has said that both are free agents on the 13th September (according to Skrapz).

While it's still unclear what's going on, there's some speculation that this may only be a precursor until new contracts are signed.

Other Royal Ravens teammates have yet to say anything on the matter publicly, but it seems like an odd decision given their 4th place finish at COD Champs 2020.

Perhaps the Ravens believe Treyarch games and 4v4 gameplay will suit a new outfit better? Or is there a dispute within the team about one of the Marshall twins place? Could it be about wage disputes?

Trei "Zer0" Morris has now chimed in with a tweet of his own. The tweet included a GIF of someone waving goodbye.

James "Clayster" Eubanks has confirmed he will not be a part of the 4-man squad going forward in the COD League 2021 season for Black Ops Cold War.

In a long, but positive, statement on Twitter, Clayster expressed his gratitude towards his teammates and the Dallas staff.

It seems the remaining members of the squad will be the teaming moving forward.

It's worth noting that Clayster is a three-time world champion, winning the past two COD Champs events. Not only that, but Clayster has been known for nurturing some of the best talents in the game today and turning them into champions.

Clayster's career in Call of Duty has spanned 13 years and has cemented himself as an all-time great. What's next for the World Champion?

@hastr0 has promised to help find Clayster any team that he wants for the upcoming season. 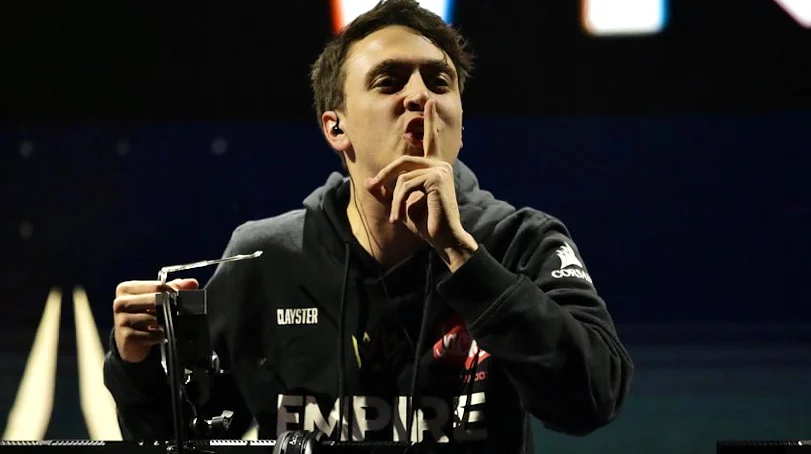 Some important dates to keep in your diary are the Contract Extension deadline and Free Agency start date.

Contract Extensions must be finished by the 6th September at 11.59pm - this means those teams that wish to keep their players will need to exercise their extension options before this date or they will become a free agent.

The Free Agent start date is the 14th September - meaning anyone without a team will be made a Free Agent and those who are a Free Agent may sign with a new team.

The Call of Duty League, just days after the conclusion of the first season, has confirmed that Season 2 will take place on Call of Duty: Black Ops Cold War with a 4v4 format.