Watford may have been relegated this season, but their representative won the EPL title!

The ePremier League championship has been decided after Thomas "Hashtag Tom" Leese secured victory over Marc "MarcMarleyyy" Marley in a tense final match to cap off an exciting tournament hosted by Gfinity PLC.

The PS4 champion scored with Roberto Firmino to give his team, Watford, the lead in the first leg.

The second leg was settled by a Paul Pogba strike, with AFC Bournemouth's representative Marley notching a goal through Trezeguet to set up a nervy finish.

Hashtag Tom, the third-ranked PS4 FIFA player in the world, held firm to secure not only the win, but £20,000 in prize money – with Marley also earning £10,000 for his final position. 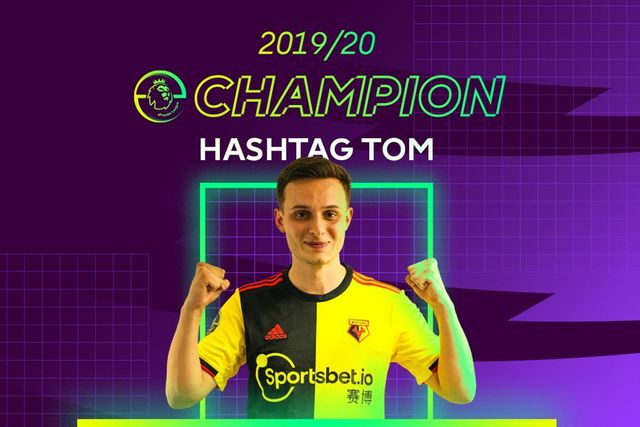 Speaking about the tournament, Gfinity PLC CEO John Clarke said “Great games and great entertainment. The ePL delivered yet again on all levels. Congratulations to Watford on winning in the virtual world. Gfinity is pleased to have played a role in the season-ending climax. Bring on next year!”.