Black Ops Cold War: Zork Game Is Added To Pawn Takes Pawn Webiste - How To Complete It And What Happens Next

Remember the Pawn Takes Pawn website? That elaborate location that revealed clues to complete the Black Ops Cold War reveal? It's back!

The website has been given an update and now holds even more interactive clues.

It's a strange addition as we know what's to come in Black Ops Cold War, but is there more up Treyarch's sleeve?

Perhaps the Zombies reveal is starting to kick off with the addition of Zork.

Here's what's happening on the website and within the community.

Yesterday, during the CDL Finals livestream a bizarre video started playing. With it, a new update was added to the Pawn Takes Pawn website.

After completing the recent easter egg, the website was updated to the following: 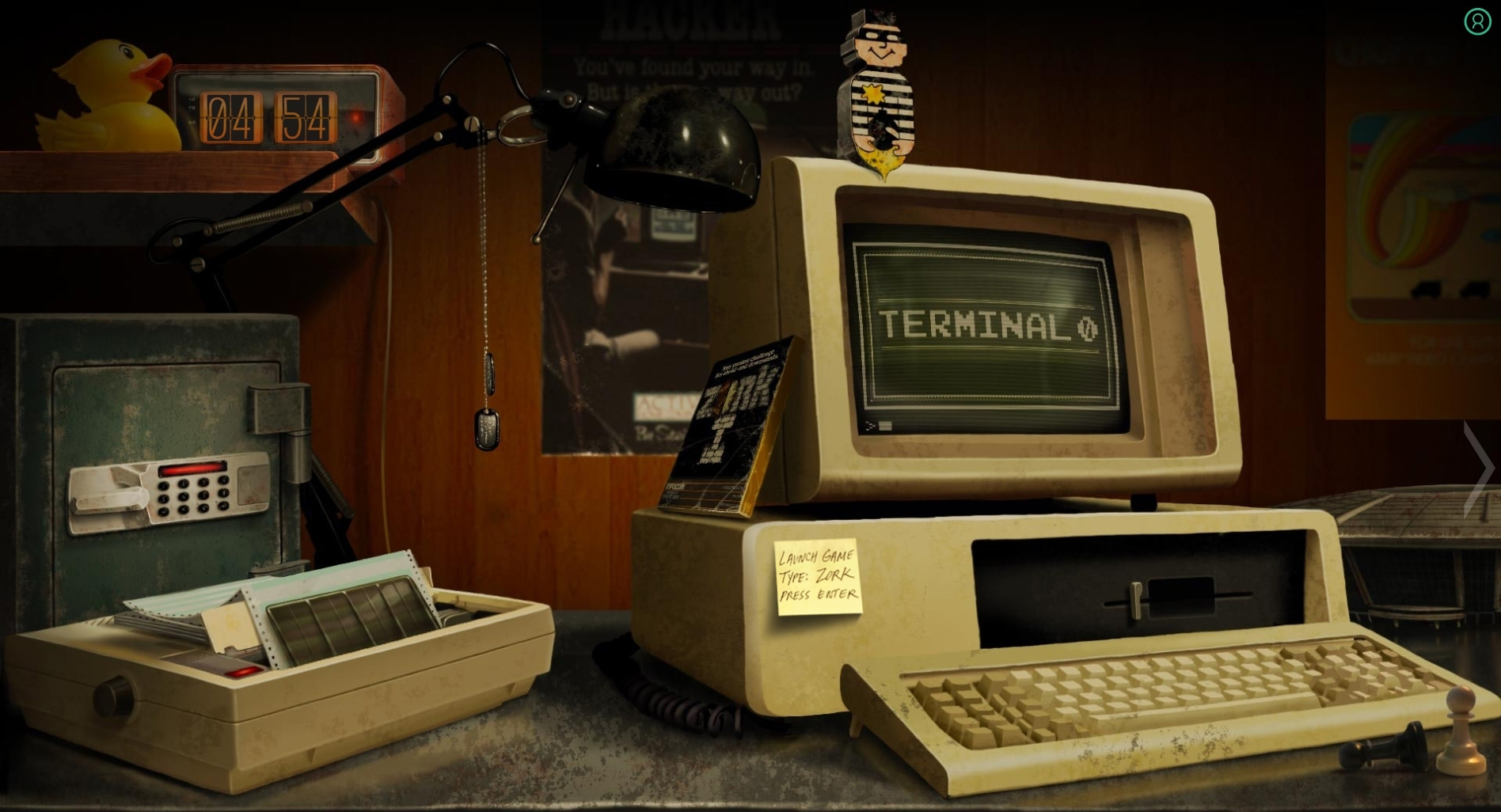 Now players are met with a new computer terminal with plenty of trinkets around it. Interestingly, the robber on top of the computer is from Activision's 1981 video game 'Kaboom'.

You can also see behind the terminal, Activision's 1985 game 'Hacker'. The player assumes the role of a hacker, a person experienced in breaking into secure computer systems, who accidentally acquires access to a non-public system.

To the right of the terminal, a replica of Verdansk Stadium can be spotted - it indicates something is happening again at the popular Warzone landmark.

A pawn has been knocked over as well, which previously indicated our progress in the Easter eggs. It could mean we have one more day of the easter eggs left.

There's also a clock in the top left, which could be related to a specific time.

This is the stage for the game 'Zork'.

Zork is one of the earliest interactive fiction computer games, with roots drawn from the original genre game Colossal Cave Adventure.

The first version of Zork was written between 1977 and 1979 using the MDL programming language on a DEC PDP-10 computer. It means that Zork released a year before the events of the 'Cold War', Zork 2 launched in 1981.

Zork is set in "the ruins of an ancient empire lying far underground". The player is a nameless adventurer "who is venturing into this dangerous land in search of wealth and adventure". The goal is to return from exploring the "Great Underground Empire" alive and with all treasures needed to complete each adventure, ultimately inheriting the title of Dungeon Master.

If you remember back in Black Ops 1, when you broke free of the chair in the main menu, if you turned around you could use the computer terminal behind you; this had the game Zork on it.

On the site, players can log in and complete the game while earning achievements (If you're looking to complete Zork, you can check out a guide here).

To start the game, go to terminal 6 and type 'Zork'.

Once you gain 'Zork Adventurer' it asks for your home mailing address. It's assumed participants will be mailed a clue or a part of the next easter egg.

Once completed and all achievements have been obtained, players are directed to the page pawntakespawn.com/pitchblack. 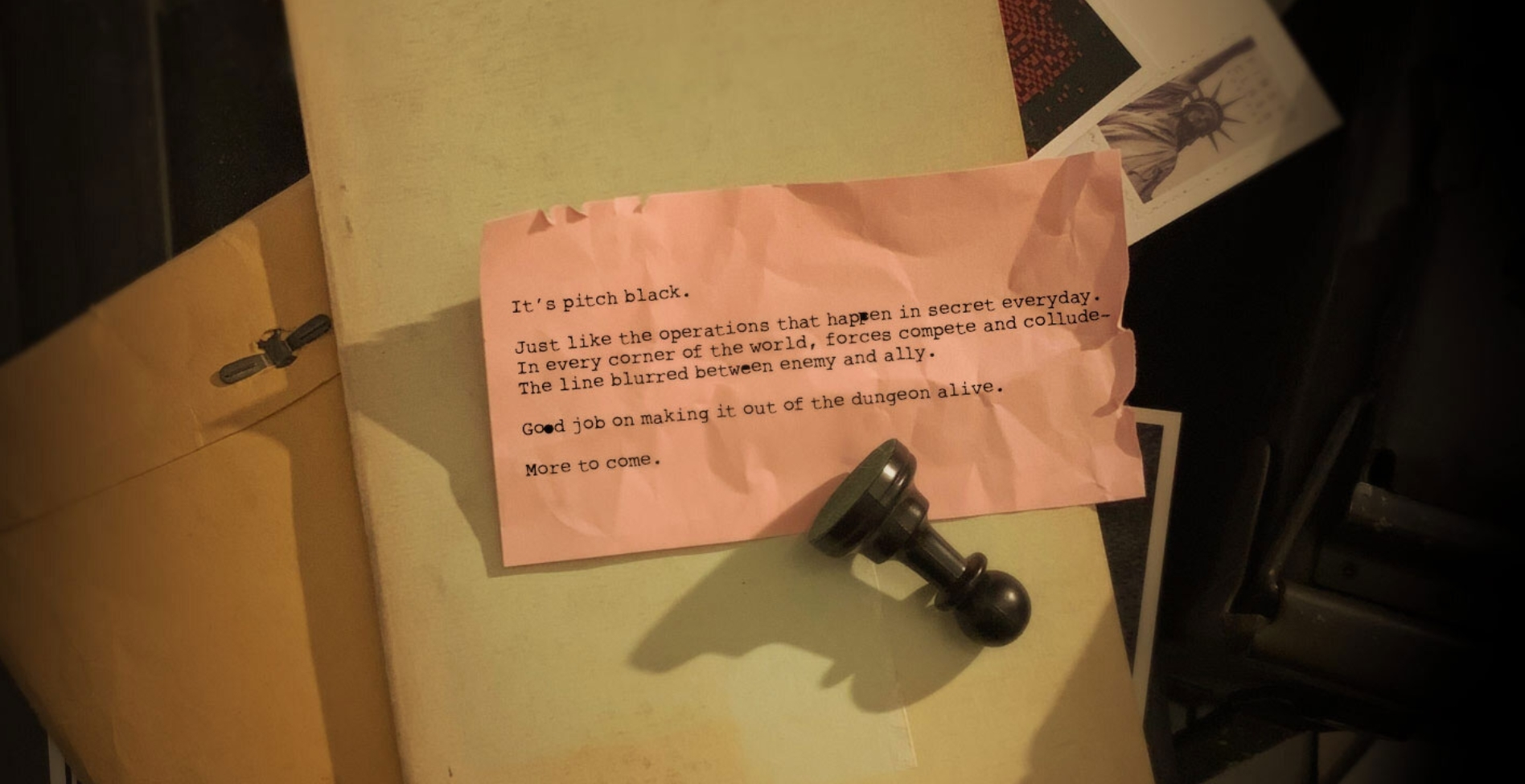 A note with a fallen chess piece and a stamp of the Statue of Liberty (with the text FIRST CLASS) can be seen - here's what the note says:

"It's pitch black. Just like the operations that happen in secret everyday, in every corner of the world, forces compete and collide. The line blurred between enemy and ally. Good job on making it out of the dungeon alive. More to come."

It's a very eery message that doesn't give too much away. But it seems that more secrets are going to be unravelled on the website and in the build-up to the new game.

The multiplayer reveal is next week, so it's unlikely this is related. It could be more campaign and story secrets will be revealed or potentially we're looking at the Zombies build-up.

We may be getting Zork 2 available next.

A new URL has been discovered that loads the security safe.

After the mailing address of players was requested during the Zork easter egg, the community has started to receive postcards.

The top right has a different number, so we assume the community needs to come together and put the mail in order. 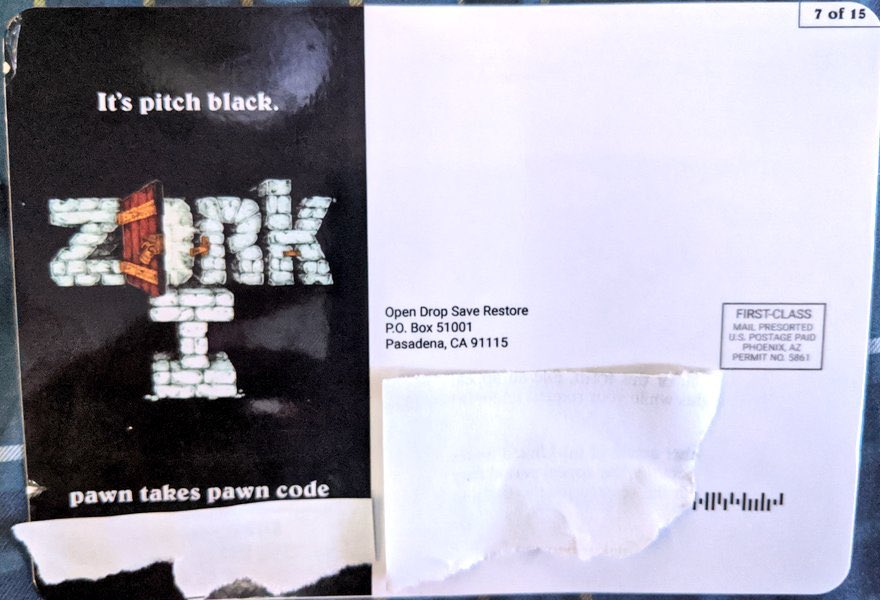 It looks like the postcards give a piece of the ZORK map, meaning once all 15 are combined it will reveal the next steps.

If you’ve received a postcard for completing ZORK’s first 7 achievements, you can now unlock a new one! “You’ve got mail” is unlocked by entering the 12 character code on your postcard in the achievements tab.

YouTuber Geeky Pastimes posted a lengthy video detailing all the experiences and events that occurred when trying to solve the Zork puzzle.

There is an ample amount of information that Geeky Pastimes was able to find on the website, and we highly recommend you check out the full video!