The most exciting changes with any new Fortnite season are the changes to the map - and Chapter 2 Season 4 is no different.

While the changes haven't been as drastic as last time around, when Midas decided to flood the whole map by activating his Doomsday Device, there are some fun differences.

Here's your guide to all the latest POIs and Season 4 changes. 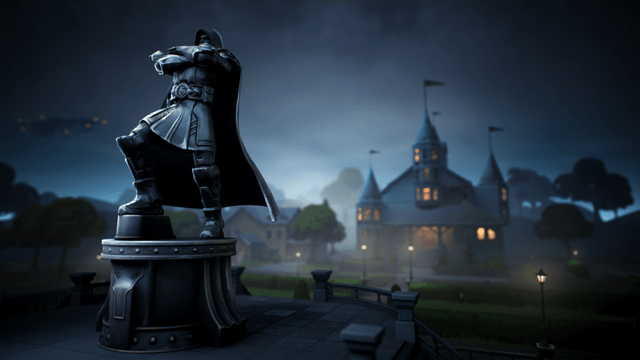 The biggest and most obvious change, Doom's Domain sits near the centre of the map. Fans of Pleasant Park, I've got bad news for you...

Pleasant Park has been taken over by the evil Doctor Doom.

While the majority of the POI looks the same, there is a giant statue of the titular doctor right in the centre, and a building to the north has been turned into some kind of haunted house-esque castle.

However, the biggest change is to the POI Boss. Yes, Doctor Doom can be found guarding the vault under the football pitch at Doom's Domain, or in his new spooky house to the north.

Defeat him to gain access to the Vault and grab his Arcane Gauntlets and Mystical Bomb.

The Arcane Gauntlets fire infinite bolts of electricity, and the bomb does huge damage, but has a 20 second recharge time between uses. Be warned - this will send enemies flying when you use it.

We don't know what Doom got his doctorate in, but it certainly wasn't architecture... 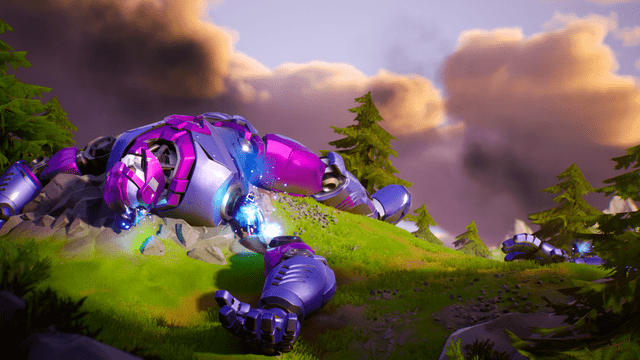 Sentinel Graveyard is a brand new POI that can be found directly south of The Authority.

While there's nothing particularly special to do in this area, it's an impressive sight and really helps tell the story of Season 4.

However, jump onto their hands and get rocketed up into the air - a useful tip for repositioning.

The giant Sentinels are destroyed and abandoned, lying scattered across the hillsides. What could have done this to them? Galactus possibly?

At this stage, we just don't know. 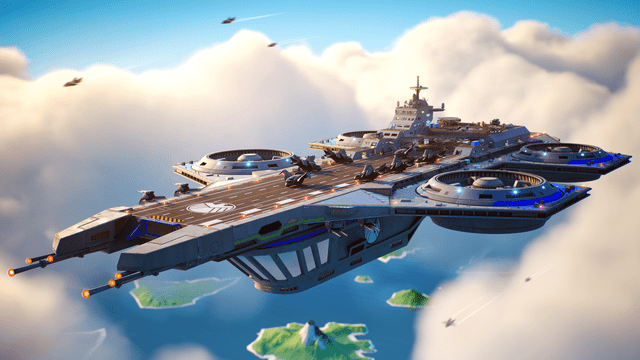 The Helicarrier takes over from Fortilla as the base of Season 4 - you'll see its interior in the Battle Pass menu.

The trailer also shows characters running along the deck.

The Helicarrier is currently inaccessible. It is floating in the far northwest corner of the map, off the grid completely.

However, we expect it will float on over the Fortnite map as the season progresses, and it'll have a big part to play. 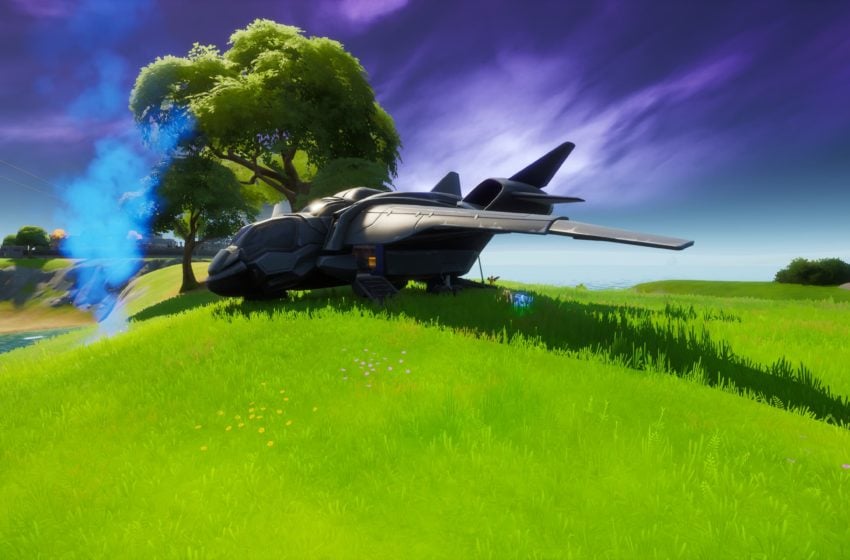 These sites are dotted across the map, and are where Tony Stark's jets have landed, deploying his Stark Robots.

Eliminate the Robots to grab the Stark Energy Rifle - a new weapon that looks like it could do some real damage.

We recommend attempting the tricky manoeuvre of landing on the Stark Drone from the Battle Bus and destroying it to get your first Stark Energy Rifle. then, you can take out the robots for more ammo and resources.

Then, go onboard the Quinjet for some gold chests and more loot!

The locations of the Quinjet seems to be rotating every game, so here are all the locations we've found so far: