The best place to pre order Cyberpunk 2077 on PS4, Xbox One and PC

Save money, get extra goodies or grab a digital discount with these pre-order deals for the highly anticipated Cyberpunk 2077

Just when we thought our hype for Cyberpunk 2077 was already at max level, it's been announced this week that the game has gone gold which has sent our anticipation into overdrive. The game is now all but guaranteed to hit its 19th November release date without suffering further delays.

The latest open-world RPG from developers of The Witcher series CD Projekt Red, Cyberpunk 2077 is shaping up to be one of the best games of the year and we can't wait to explore Night City in just a few months time.

Don’t forget that it’s already been confirmed that if you buy the PS4 or Xbox One version of the game, you will be automatically entitled to a free upgrade to the next-gen version on PS5 or Series X. So don’t worry if you’re planning to upgrade your console this winter.

f you’re well and truly on the hype train and looking to lock in your pre-order but are unsure of where to get the best deal, then read on for all the details you need…

Read More: Everything you need to know about Cyberpunk 2077

If you’re all about saving the most money possible then we have a can’t-miss offer for you here: get £15 back when you sign up TopCashback and pre-order Cyberpunk 2077 through select retailers

Just signup to TopCashback using our affiliate link and you’ll get £15 back when you pre-order Cyberpunk 2077 from one the service’s partners. It couldn’t be easier.

There are a load of great retailers signed up the programme including GAME, CDKeys, Currys PC World and the Xbox store.

This allows you to, for example, pre-order the PS4 version or Xbox One version at GAME for just £34.99. An absolute bargain.

Best place to pre-order Cyberpunk 2077 for the PS4

Cyberpunk 2077 is going to be one hell of a swansong for the Playstation 4, and if you’re playing on the PS4 Pro it’s going to look and run even better. CD Projekt has already confirmed that a PS4 copy will run on a shiny new PS5, so don’t worry if you’re planning to upgrade this winter.

When it comes to pre-ordering Cyberpunk on the PS4 you’ve got a choice between savings or extra goodies. Shopto.net are offering the cheapest price at £45.85, whereas Amazon is throwing in a couple of exclusive postcodes to sweeten the deal - stamps aren’t included though.

Best place to digitally pre-order Cyberpunk 2077 for the PS4

Even the standard edition of Cyberpunk 2077 comes with some pretty cool swag, but if you’re all about the convenience of digital then the PlayStation Store is the only place to digitally pre-order Cyberpunk 2077 on PS4.

However, that doesn’t mean you have to pay full price. Shopto.net currently have a sale on PSN credit, which allows you to grab £55 worth of credit - the amount needed to pre-order price - Cyberpunk for just £47.70.

Sony doesn’t sell £55 of credit exactly, so you’ll need to grab a £50 wallet top-up and a £5 wallet top-up, but once you’ve got the two codes simply enter them on your PS4 and pre-order the game. Simple. 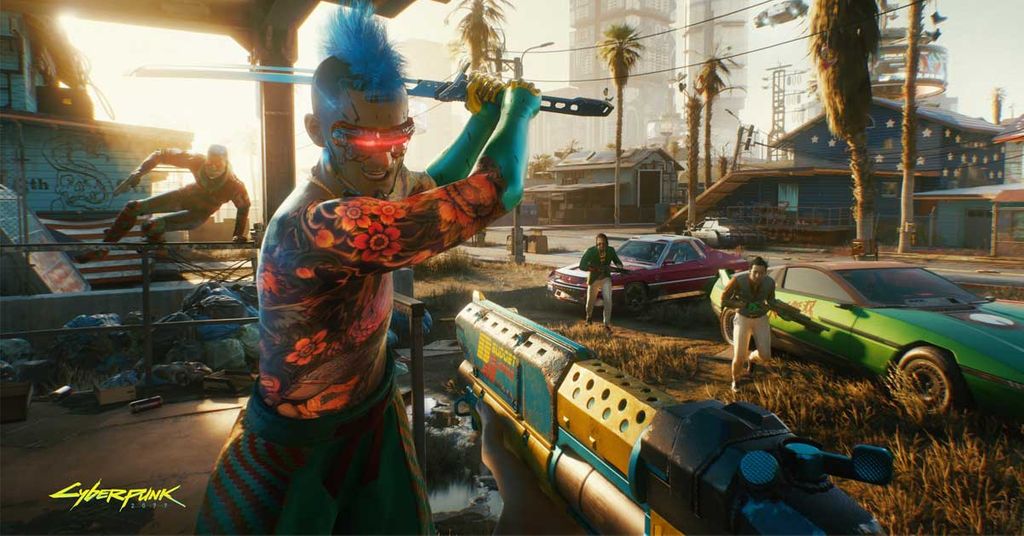 Best place to pre-order Cyberpunk 2077 on Xbox One

If you want to make the most of your adventures in Night City then playing it on the ultra-powerful Xbox One X seems like a pretty good place to start to us. It’s also been confirmed that buying the game on Xbox One will entitle you to a free upgrade to the Xbox Series X version, happy days!

If you pre-order Cyberpunk 2077 at Amazon you’ll get three exclusive postcards, that are so gorgeous you’ll probably never actually post them, or if you’re just after the cheapest price than Shopto.net are selling the must-have title for just £45.85.

Best place to digitally pre-order Cyberpunk 2077 on Xbox One

Conventional wisdom has often dictated that, at least on day one, a digital copy of a game will cost more than a physical version. Not in this case.

CDkeys.com currently have a digital pre-order of Cyberpunk 2077 for the Xbox One for a mere £44.99 - that’s a full £10 cheaper than pre-ordering the game directly from your Xbox. Plus you’ll automatically be upgraded to the Series X version, without having to pay a penny extra.

While there isn’t technically a physical copy of Cyberpunk 2077, as the boxed copy merely comes with a digital code, it’s still worth getting your PC copy shipped to you rather than pre-ordering on a digital storefront.

Why? Because even the standard version of Cyberpunk comes with a whole host of physical extras including a world map, stickers and a compendium full of in-universe lore. Plus right now Shopto.net is offering the PC version for £44.85 which is more than a five cheaper than Steam. 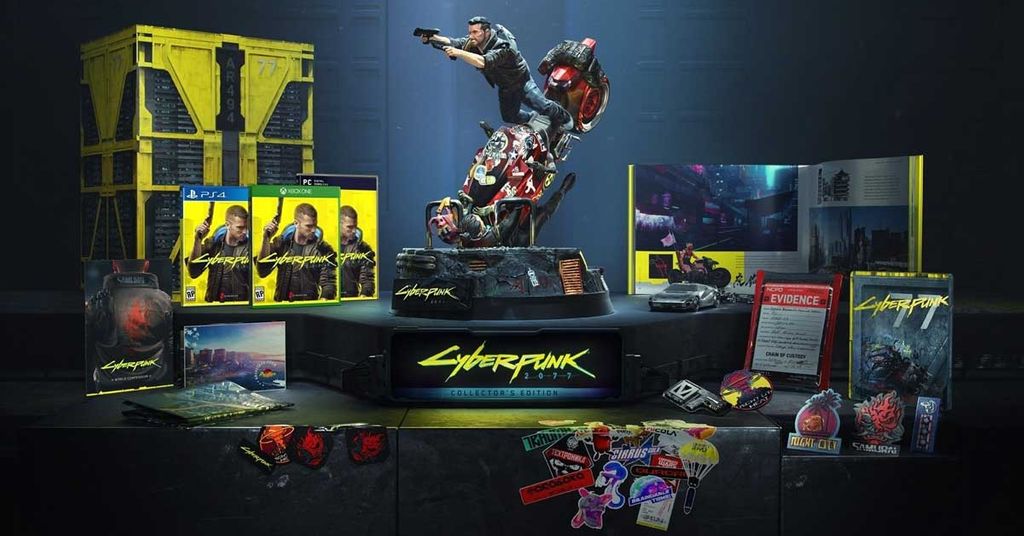 It may cost a hefty £249.99 by there’s no denying that the collector’s edition of Cyberpunk 2077 is really cool.

For starters, it comes with a status of someone jumping off a motorbike while dual-wielding pistols, and if that wasn’t enough it also comes with a load of other swag including a steel book, art book and pin/patches set.

GAME is the exclusive seller of this one, and unfortunately, the PC edition is sold out so if you’re interested grab it now on PS4 or Xbox One before it’s gone for good.

Take your Cyberpunk 2077 experience to the next level

There is tons of awesome Cyberpunk 2077 merch already out there, from art books to POP! Vinyl figures, but when it comes to a sprawling RPG like this there’s one piece of merch every player needs, a strategy guide.

Though they’re becoming less common these days Cyberpunk 2077 will (thankfully) release alongside an official guide to make sure you don’t miss a single thing during your epic adventure.

The guide comes in either regular or collector’s edition, which is hardbound and printed on durable art paper.