The multiplayer reveal for this year's Call of Duty is TONIGHT!

After a drawn-out Easter-egg hunt, an epic live-event reveal in Warzone, and a story trailer set to New Order’s “Blue Monday,” Black Ops Cold War is just a couple months off.

We still have yet to see the game’s multiplayer or zombies modes, too, so there’s plenty to keep players interested in the meantime.

The game’s being built on an upgraded version of the Black Ops 3 engine from 2015, and it’ll almost certainly borrow some of the best ideas presented in 2019’s Modern Warfare.

But when can we get a look at this thing?

The multiplayer reveal is set for the 9th September 2020.

What Will Be Shown?

We will likely see news about the guns, killstreaks, maps, Operators, Field Upgrades, perks, classes and much more!

A recent Message of The Day has stated that we will "Discover deniable operations, Cold War weaponry, and battles by land, sea and air."

It also informs us that you will "see your favourite streamers play Black Ops Cold War Multiplayer, for the first time."

You can read about some of these topics here:

We'll also get to see the "next generation of Black Ops Multiplayer" according to the official Call of Duty account.

Meaning, we will see gameplay on the PS5 and Xbox Series X (well just the PS5 but it's unlikely to be dissimilar).

It was also confirmed that those who pre-order the game will get access to the Open Beta for Black Ops Cold War.

We anticipate the Beta going live after the worldwide reveal, but it's still expected to fall in the month of September.

You can watch the stream on the following platforms:

A Message of the Day went live in Modern Warfare informing players that the livestream will take place on the Call of Duty Twitch channel. 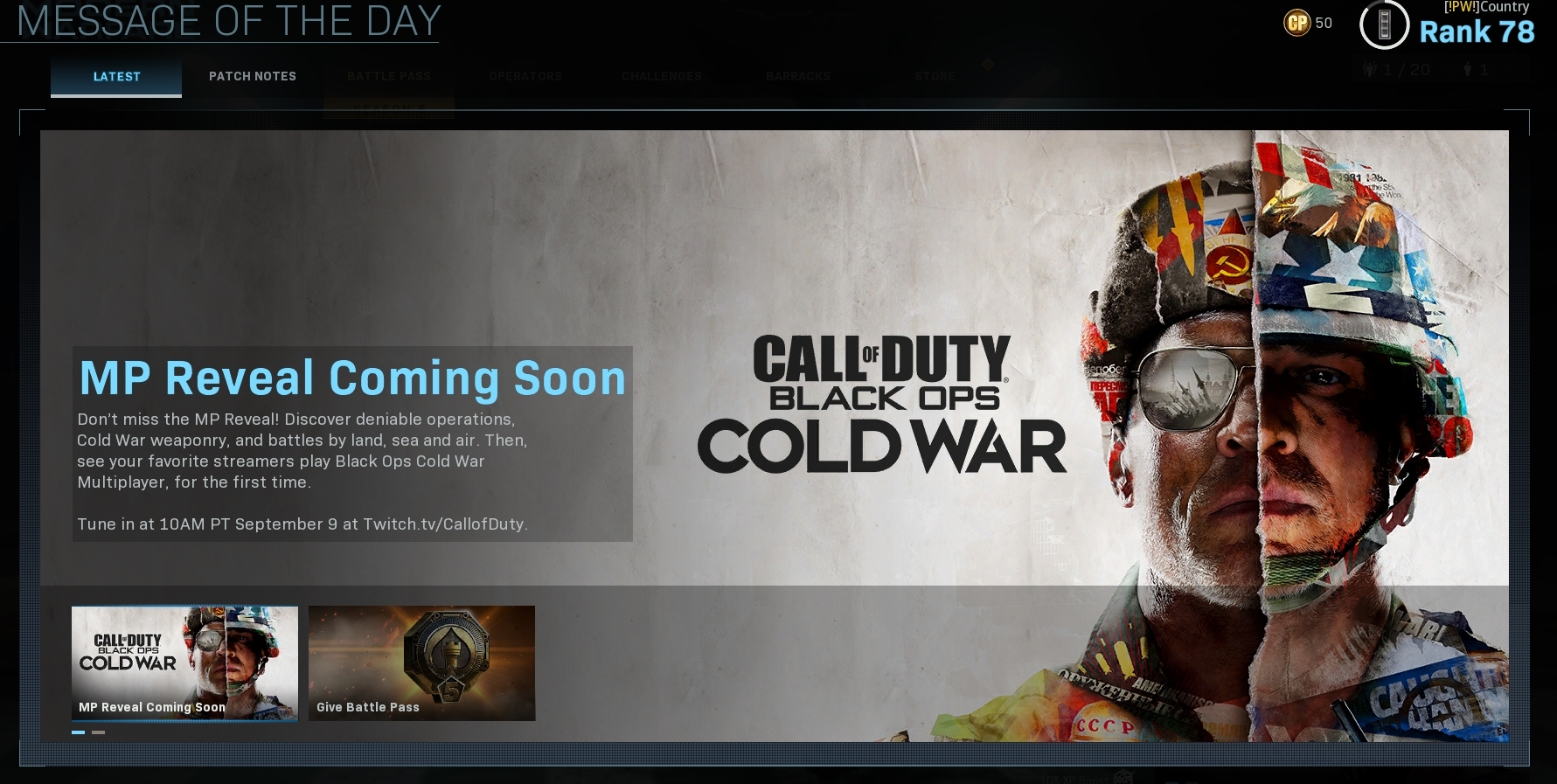 We also expect the livestream to take place on the official Call of Duty YouTube channel.