FUT Stadium is a big new feature coming to FIFA 21 Ultimate Team, check out all the various customisation areas and options!

A big new feature coming to FUT in FIFA 21 is FUT Stadium, a feature that allows players to customise their stadium with 34 different options, creating their own unique home for their Ultimate Team.

With 34 customisable areas, split up across 4 categories, here is the full list of areas you’ll be able to change and customise in FUT Stadium in FUT 21! 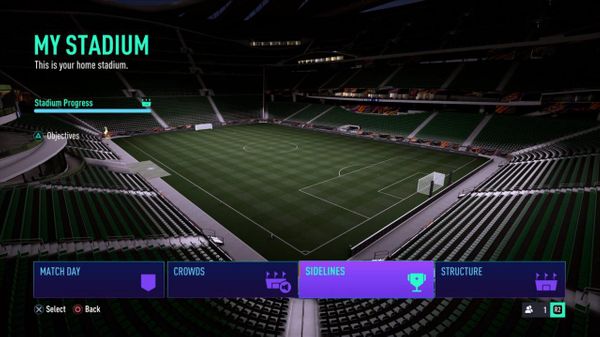 You’ll start Ultimate Team by unlocking the FUT Stadium. A modern design inspired by many of the world’s greatest grounds, FUT Stadium will be the first home for your newly created football club.

As your club continues to grow and you complete objectives across Ultimate Team, you will find yourself ready to upgrade again to the FUT Champions Stadium, the largest expansion available for your stadium, and the default stadium for play in all FUT Champions matches.

The Match Day items will seem very familiar to veteran FUT players, including base club items such as badges, balls and kits, with a couple of new additions

This section refers specifically to the crowds, flags and stands customisation within your stadium, to provide the atmosphere on match days.

This section refers to the various trophies that you’ll be able to place around the sidelines of the pitch, highlighting your achievements throughout the year. 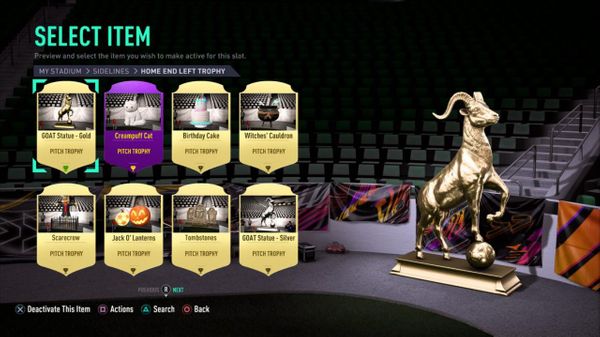 This section is the main bulk of your stadium, where you can change the stadium colour, seat colour, pyrotechnics, goal colours and more!