God of War Ragnarok: Release Date, Platforms, Teasers, Trailers And Everything We Know

God of War's reboot in 2018, it would be fair to say, set a new bar for Kratos's adventures. The once shouty, gore-hungry god was just as brutal as ever, but with a newfound connection with his son, Atreus.

The game was awarded numerous Game of the Year awards, suggesting that a sequel was almost certain and of course one is on the way!

Very little is known right now, but we've been picking through the leaks and rumours for you all so that you can be kept up to date on all things God of War Ragnarok!

As part of Sony's PS5 showcase, the publisher revealed that the next God of War title will be dubbed Ragnarok, and launch in 2021.

In a since-deleted tweet, a game tester and UI designer at Sony Santa Monica tweeted the following:

"Playing God of War 2018 feels surreal now. Back then I never ever thought I would be in game development in any form."

"We're working on something special and crazy.. it's time to get ready for GOTY 2021."

What Will God Of War Ragnarok Be About? 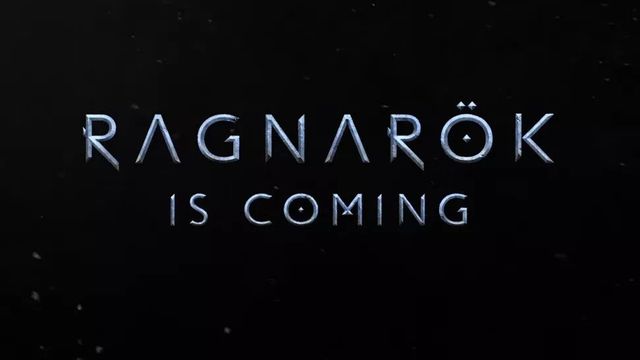 Is this Game of Thrones now? (Source: Sony)

SPOILER ALERT FOR THE FIRST GAME

The first God of War (well, the rebooted one, anyway) followed Kratos and Atreus' journey to the tallest mountain to spread the former's wife and the latter's mother's ashes.

In the game's final moments, it's revealed that Atreus' name is, in fact, Loki, as chosen by his mother - herself a giant. After returning home, it's revealed that Ragnarok will follow after a three-year-long Fimbulwinter, and that Thor will confront them.

This sets things up nicely for Kratos to do battle with more Norse Gods. While Odin is referenced in multiple sections of the game, we never meet him, so expect him to show up, too.

Hopefully, we'll also find out more about what Atreus is capable of now that we know he's part giant, part god, and part mortal.

With the promise of a three-year Fimbulwinter between the first game and Ragnarok, there's plenty of room for Santa Monica Studio to play around with chronology and keep teasing Ragnarok. There's also a chance Kratos and Atreus might make a detour through East Asia or Egypt.

In a 2018 interview with Kotaku Splitscreen, game director Cory Barlog said he had five games' worth of story planned out. So how do you fill that many games? For one, we might expect a portion of the next game to be told in flashback.

"I really want to tell the story of Kratos and Faye meeting," Barlog told PlayStation Access in January. "You get to understand that [Faye] has way more power than all of them, and is actually the controller of so much in this universe."

Check out the teaser from the September PS5 Showcase below. There isn't much to go on, but the 2021 release window is enough to get us excited!

The game is expected in 2021, which we know is a very long period of time but it's all we have right now!

We'll update you when more information comes out.

A new development has been made into whether or not the new God of War game is going to be a PS5 exclusive.

Jim Ryan, the CEO of Sony Interactive Entertainment noted the following in a new interview with The Telegraph:

"Sorry. I've got nothing to say about that today,"

This was his answer to whether or not the new title would be a PS5 exclusive.

So, it appears to be a bit strange he did not confirm it as many of us would expect!