Don't expect to swing into battle on Xbox One or PC anytime soon.

Marvel's Avengers has been in the news a lot in recent weeks, with the game's beta launching and fans datamining a huge number of potential new characters for the superhero looter.

Then there's the Spider-Man PS4 exclusivity, which has now been confirmed as part of the game's artwork on that platform.

While it might seem strange for this to constitute a news story, the lack of any kind of end date on the box art does suggest that Xbox and PC players won't get to swing around as the webhead - even potentially years from now.

Check out the artwork as spotted by VG247 on Amazon AU: 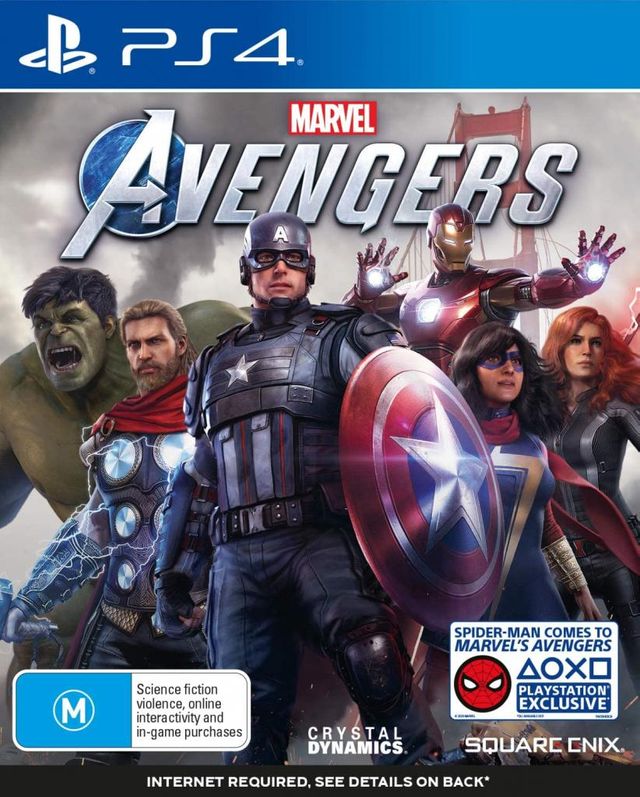 Thankfully, Spidey is the only exclusive character confirmed so far, so the other leaked characters should be available for all.

We recently spoke to Scot Amos of developer Crystal Dynamics, prior to the news of Spider-Man's exclusivity. While all future DLC characters will be free, the cost to develop them will be offset through microtransactions including premium skins, while having plenty of cosmetics available through in-game progression.

"There are some favourite armours in both camps of buying and earning and that’s purposely done to let players choose how they want to invest…their time, their money, or both!" Amos said. You can check out the full interview here.