With Season 6 now live across all platforms, players are diving into the code of Apex Legends to find any small trinkets and secrets that point towards the future.

One legend that has popped up in the past is the mysterious character 'Nova' first appearing back in June 2020.

This new legend was fighting for the position as Season 6's newest legend before being beaten to the punch by Rampart.

Now her names popping up again - here's everything we know about her.

Today, new audio files were added for a number of new assets, both weapons and legends, including Nova.

New audio files were added for the new legend, of which we know little about.

The Nova Trophy System has also been added. Perhaps this is part of her kit? 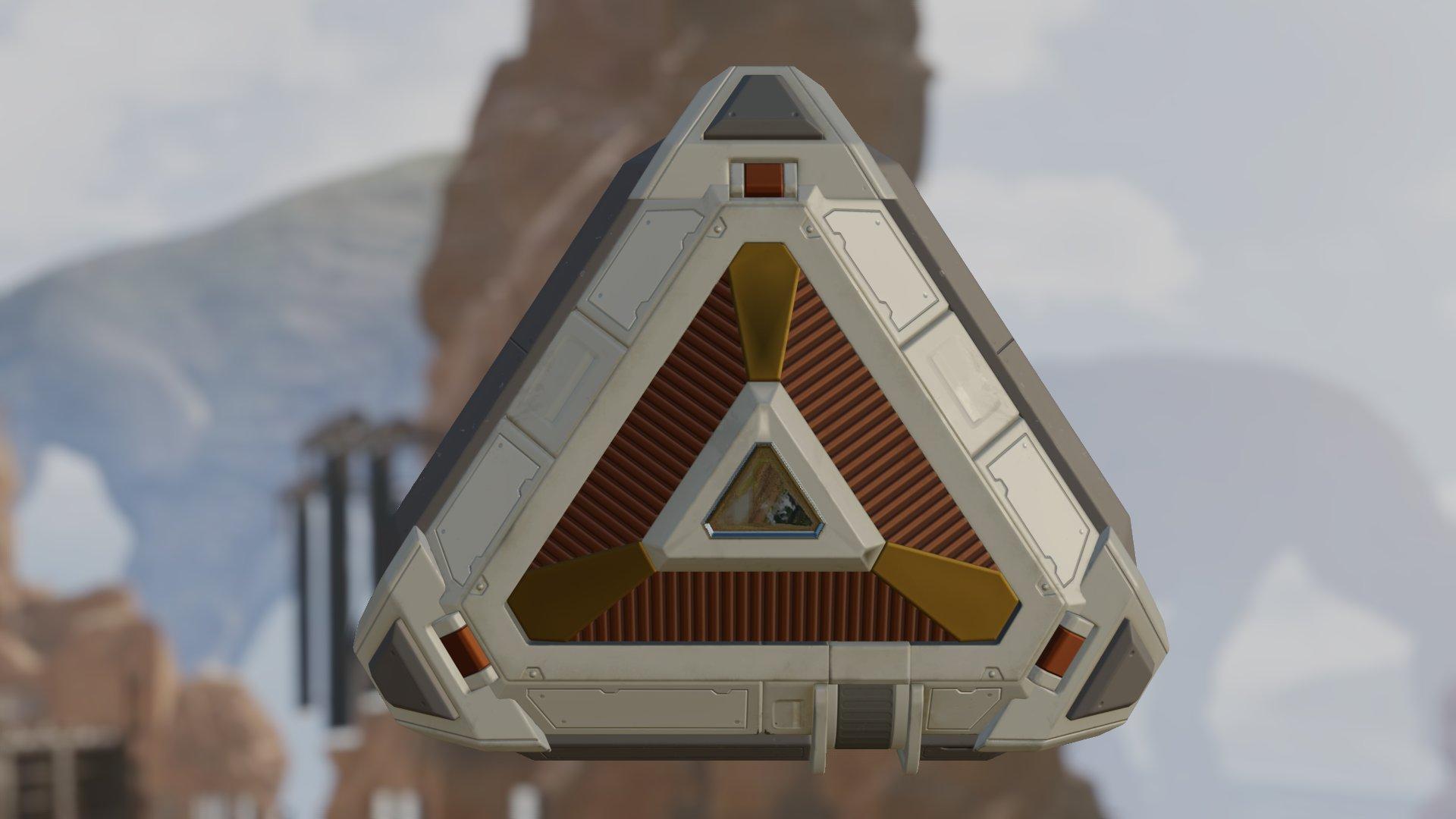 @Biast12 brought to our attention yesterday that Nova and Valk may be the same person. Not just that, but has also shown video footage of Nova's finisher.

The file is called npc_victim_nova_execution_blackhole_0

so Nova already got some Finishers, here are 3 (with the name) they are named with NPC so that could mean they are for the Horizon Challenges (+ they are victim animations), but i'm not sure rn
Name: npc_victim_nova_execution_blackhole_0 pic.twitter.com/VmXMljixoh

He has also recently stated that Bangalore has been used to test animations for Nova.

@Biast12 also believes that Nova is a code name for Horizon.

During Season 5, we saw Nova pop up for the first time thanks to @Shrugtal.

It's confirmed that we will be getting another female legend - if she appeared in Season 7 that would be the third female legend released in a row.

As it stands, she has a number of placeholder assets. Despite Respawn becoming more crafty with their releases and injecting dummy files to throw dataminers off the scent, it all seems very real. 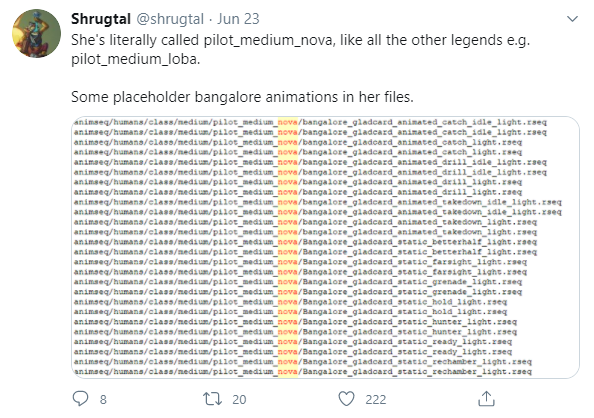 So what are the conspiracists saying?

The ApexUncovered subreddit took notice of the leak and suggested who they think Nova could be - Loba’s long lost sister. 'Nova’ translates to “new” (female-specific) in Portuguese, which is Loba Andrade’s native language.

Nova’s heritage came into the discussion too, with one Redditor saying;

“She has what I'm assuming is a bindi on her forehead, the name Nova might not be the Portuguese word for "new" but come from the definition: "a star that suddenly increases its light output tremendously and then fades away to its former obscurity in a few months or years."

"So perhaps her name is a reference somehow to her abilities and not her heritage?”

Below was the believed image of the new legend Nova, however, we now know that this is actually Rampart and some of the above theory is now far less accurate.

It would be easy to assume that the Nova legend was, in fact, a Red Herring planted by Respawn. But with new audio popping up, it seems that the legend is not done yet.

While she's not made it into the new season, there's the possibility she may pop up later down the line.