Although the visuals of a shooter are an important aspect of the gameplay experience.

Audio is just as significant, particularly in tactical shooters and competitive games.

However, it often feels as if it's an aspect of shooters that developers cannot perfect.

Riot is facing criticism surrounding the issues with in-game footstep audio in Valorant.

The footsteps in Valorant are two-dimensional and therefore have no recognisable drop-off.

This means walls and objects do not affect the sound projected by players to enemies.

This has led the community to argue that players on defence have an unfair advantage.

The sound is determined strictly by the distance at which a player is from the enemy.

Structures and walls appear to play no part in the sound projected. 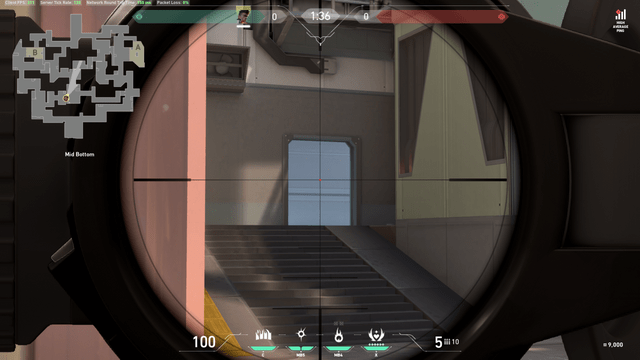 The question is, what solutions can Riot implement?

Well, the Valorant community have voiced a number of solutions.

One of which is to add a distance drop off or dampening effect when structures or obstacles are between players.

This would allow attackers to switch sites without the defence immediately knowing their position or strategy.

On top of this, a popular suggestion is also to add a sound to the Operator when players use the scope.

This would allow players to identify the position of an Operator without having to peek.

Let's hope Riot address these audio issues and listens to the community's suggestions.

However, as of yet, Riot has not confirmed any changes will be made.