The Legend of Zelda: Skyward Sword Remastered LEAKS: Release Date, Price, Platforms And Everything You Need To Know

The Legend of Zelda Switches things up

While we're still waiting for more news on the upcoming Breath of the Wild sequel, Zelda fans may be happy to hear that another title is arriving on the Nintendo Switch.

Nintendo is no strangers to remaking classic Zelda games and this time it looks like another classic is on the way.

Thanks to a leak on Amazon, it seems that The Legend of Zelda: Skyward Sword is coming to Nintendo Switch.

Skyward Sword may have been overlooked by many fans as it was released towards the end of the Wii U's time in the spotlight before the Wii U took the mantle.

The Wii U did offer the ability to play it via the Wii U eShop - but as the Wii U performed so poorly, it's unlikely to have tempted players to buy it.

Here's what we know about Skyward Sword on the Nintendo Switch.

Is the Skyward Sword Remaster coming this year? @HotGirlVideos69 seems to think so.

In an extensive thread about the Zelda franchise, they said that Skyward Sword could release in time for Christmas.

But, supposedly, past March 2021 is the year of Zelda.

According to a now-removed URL link, Skyward Sword is coming to Nintendo Switch.

What Is Skyward Sword About?

Skyward Sword was developed for roughly 5 years, after the release of Twilight Princess.

The game is seen as the beginning of the Zelda legend as it details the origins of the Master Sword - a reoccurring weapon throughout the franchise.

To set the scene, the game revisits past ground. Three ancient Goddesses bestowed a great wish-granting power: the Triforce.

Demise, The Demon King, sought the Triforce to use for his own evil purposes and slaughtered anyone in his path.

The Goddess Hylia gathered the survivors and sent them into the sky, allowing her to launch a full-scale offensive against Demise; where she was victorious.

Years later, the land in the sky is called Skyloft and its people believe the "Surface" below the clouds is a myth.

The land is inhabited by Link, a knight-in-training and Zelda. Not long into the game, Zelda is kidnapped and brought to the surface.

Armed with the Goddess Sword and aided by a spirit named Fi, Link must ensure Zelda's safety and stop Ghirahim as he attempts to resurrect his master, Demise.

The game received gushing reviews on release and has many aspects that make it an all-time great. However, many fans found the game to include repetitive tasks and frustrating motion controls. 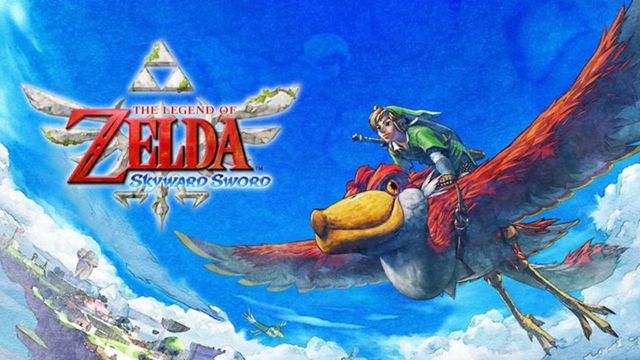 A CLASSIC MAKES THE SWITCH: The beginning of Zelda's legend arrives on Nintendo Switch

There's currently no release date for Skyward Sword on the Switch. Although the listing did have a tentative release year of 2030, which is very unlikely.

Nintendo has recently had a habit of surprise dropping rumoured games into existence such as the recent Pikmin 3 Deluxe Edition (due to release in October 2020).

With no real Nintendo Direct to reveal what new titles are coming this year, perhaps 2020 marks the year of remasters for Nintendo?

It could be we see this game arrive later this year.

Skyward Sword will release on the Nintendo Switch exclusively.

Is It A Remake Or A Port?

It's unknown if it's a remake of a port. The hefty price that has been attached to it by Amazon suggests it's a remaster as no port could possibly warrant a £70 price tag.

However, it's unknown if this is even a correct listing as it has been swiftly removed.

It's unknown what aspects of the game could be remade/remastered, so it's safe to assume it's a port.