Mortal Shell Review: When Masochism Is The Sincerest Form Of Flattery

Since Demon's Souls launched on the PlayStation 3 back in 2009, FromSoft's "Souls" series has grown in scope and popularity with each incarnation. Between the more popular Dark Souls series, to the PS4 exclusive Bloodborne, all the way up to the tough-as-nails Sekiro: Shadows Die Twice, there's an audience baying for the kind of "tough but fair" mechanics the subgenre offers.

And while we've had the likes of The Surge, Code Vein, and many other imitators, Mortal Shell might just be the one that stands closest to FromSoft's own output.

Picking up with our almost-skeletal combatant's awakening, Mortal Shell immediately feels familiar. Sure, there's no character creator, but even the game's loading screens feel almost identical to those of the Dark Souls franchise, while NPC dialogue feels like it could have been ripped out of any of that particular trilogy.

That's no bad thing in this instance, though, as Mortal Shell does more than enough to not only justify its existence, but add some fresh wrinkles to a fairly well-worn formula. 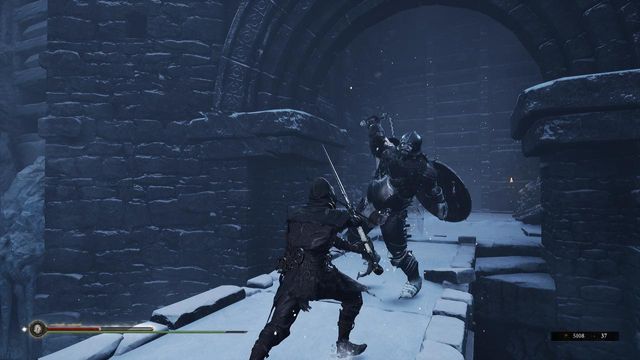 As with any Soulsborne-style game, combat is king, and here there's plenty to wrap your head around. While you'll use the familiar mix of light and heavy attacks, Mortal Shell doesn't give players a block button. Instead, players can try to learn a pretty tricky parry technique which requires "resolve" (more on that later), or use an ability known as Harden.

Harden turns our silent protagonist into a statuesque hunk of rock, and while it doesn't last too long, it serves two purposes. For one, it can often repel and enemy to allow for an attack, while for another, it can actually help restore a slither of health with the right equipped items. Learning when to Harden and when to dodge roll is a key part of Mortal Shell's combat rhythm, but eventually felt like second-nature.

Players can also Harden in the middle of an attack animation, meaning to can knock an enemy off balance before following with a strike of your own. While it can be tough to pull off, it always felt incredibly satisfying.

While Harden is an ability on a constant cooldown, the titular Mortal Shells are essentially corpses that can be inhabited. Each offers a variation on a theme, so while one may be handy for quick dodges thanks to a sizeable stamina bar, another might be more of a damage-dealer. Stumbling upon a new shell always felt like a reward, and being able to to level each one independently will no doubt allow for min/max-style players to pore over the intricacies of each. 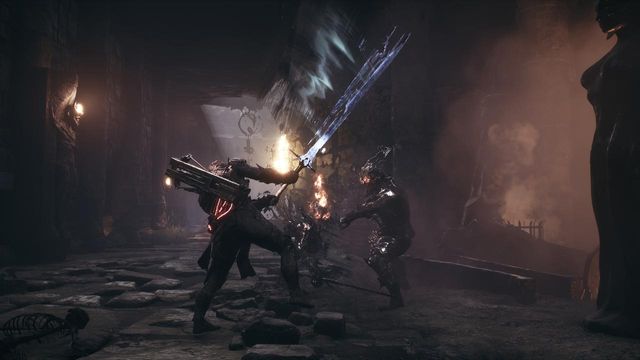 If the Empty Vessel is knocked out of the Mortal Shell, players will only be able to sustain a single hit. Reclaim your Shell and you'll get another chance, but miscalculate and you'll be sent back to a checkpoint.

While hitting enemies, players earn a resource called "Resolve". This can be used to parry enemy attacks and create an opening, or to unleash a special move that inflicts a sizeable chunk of damage. This leads to some fascinating decisions - do you attempt to repel and enemy's assault, or focus solely on finishing them and recovering later? Factor in that resolve fades over time, meaning you'll need to press the attack to maintain it, and there's plenty to consider, as well as enough incentive for more calculated attackers to rush an enemy.

This combat wouldn't be much fun without a variety of enemies to engage with, and again Mortal Shell offers plenty to look forward to. While rank and file enemies are predictable easy to pick off, occasions where they outnumber or jump out on a player mean you'll constantly need to be prepared to retreat. Add to that more sizeable enemies, often with surprising bursts of speed to promote the use of Harden as opposed to dodge-spamming, and there's and incredible amount of strategy.

A Whole New World (That Wants To Kill You)

In terms of the game's environments, there's an impressive variety of biomes to explore. Between snowy mountain passes, to filthy swamps, to claustrophobic tunnels that will make full use of your defensive repertoire, many areas offer multiple routes and secrets to find. I particularly enjoyed the verticality that allows for surprise attacks on enemies from above, which always felt satisfying.

Whereas the worlds of Lothian and Yharnam reek of gothic architecture and Lovecraftian influence, Mortal Shell feels almost ethereal by comparison. Every area feels akin to a dream, thanks to soft mist and surprisingly verdant locales. It's not the kind of place you'd want to visit if you had the choice, but it's also easy to spend plenty of time there, such is its strange beauty. 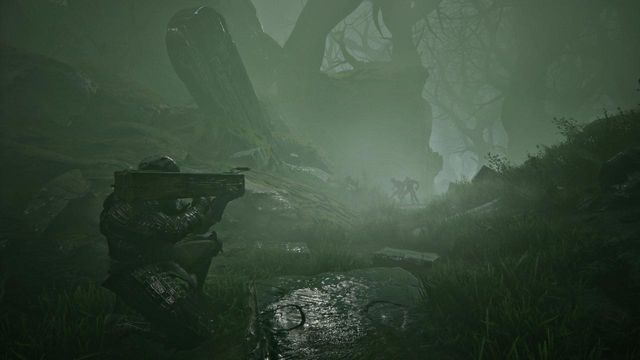 Oh, and in case you were under any illusions, yes, Mortal Shell is difficult. But, just like the titles it's inspired by, it remains balanced throughout. There were times where battling a boss a dozen times felt like running at a brick wall, but it makes those victories all the sweeter.

Mortal Shell may appear derivative on the outside, but what lies beneath its, um, shell, make it well worth a look. It's a cliche to say that "fans of the genre will love it", but it feels particularly true here. While reverence is paid to the game's it's inspired by, Mortal Shell's push-and-pull combat, tense Harden mechanic, and body-swapping fun make it well worth inhabiting.