With a new season around the corner, leaks are starting to unravel about what's in store for players.

Fortnite Chapter 2 Season 4 could see a new secret skin that continues the superhero theme that Epic Games seems to favour.

Last season we were treated to Aquaman as the secret skin, along with his nemesis Black Manta.

As a special 4th of July skin, Marvel got in on the act with a special Captain America skin.

Now we will see Marvel return with a special Wolverine skin!

Wolverine's Battle Pass rewards are now live with the Season 4 update launch (this launch went live on the 27th August).

Wolverine's skin will not be available until the 1st October.

How To Unlock Wolverine

In total, there will be five weekly challenges players must complete to unlock Wolverine. 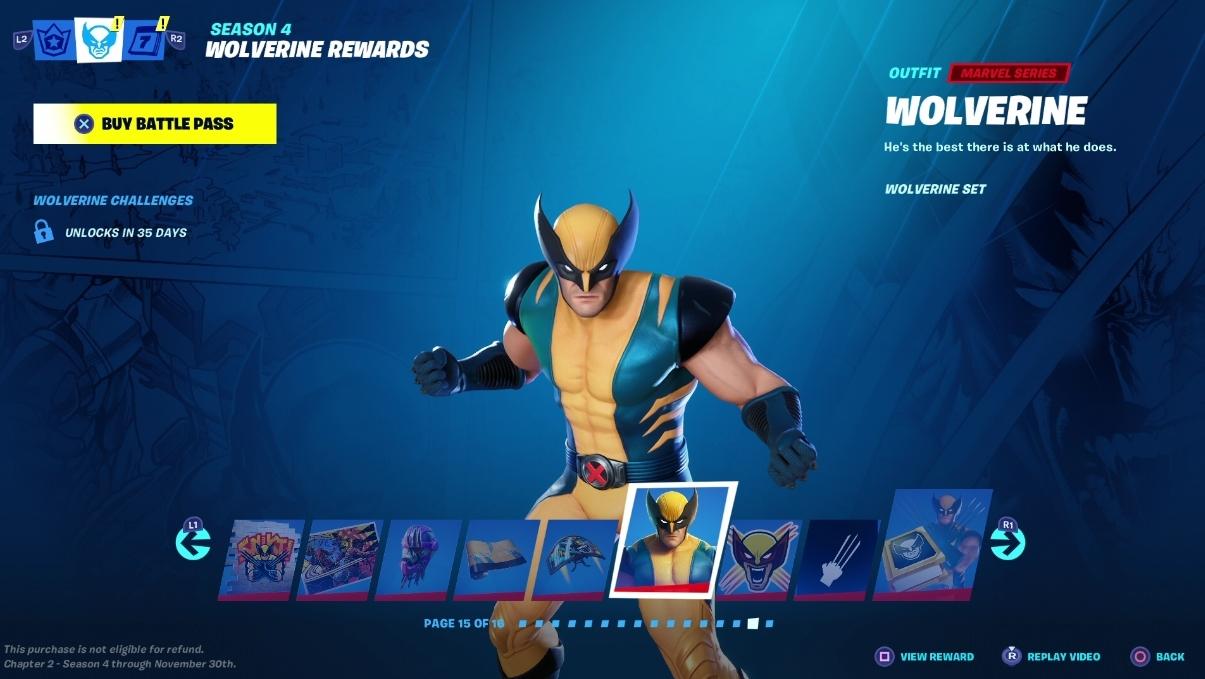 First, you must have bought the Battle Pass to begin the weekly challenges.

2. Find the loading screen picture at a Quinjet Patrol

Head to any of the Quinjet Patrol sites, these are indicated by a blue flare smoke on the map.

Head into the jet and it will be on the wall. 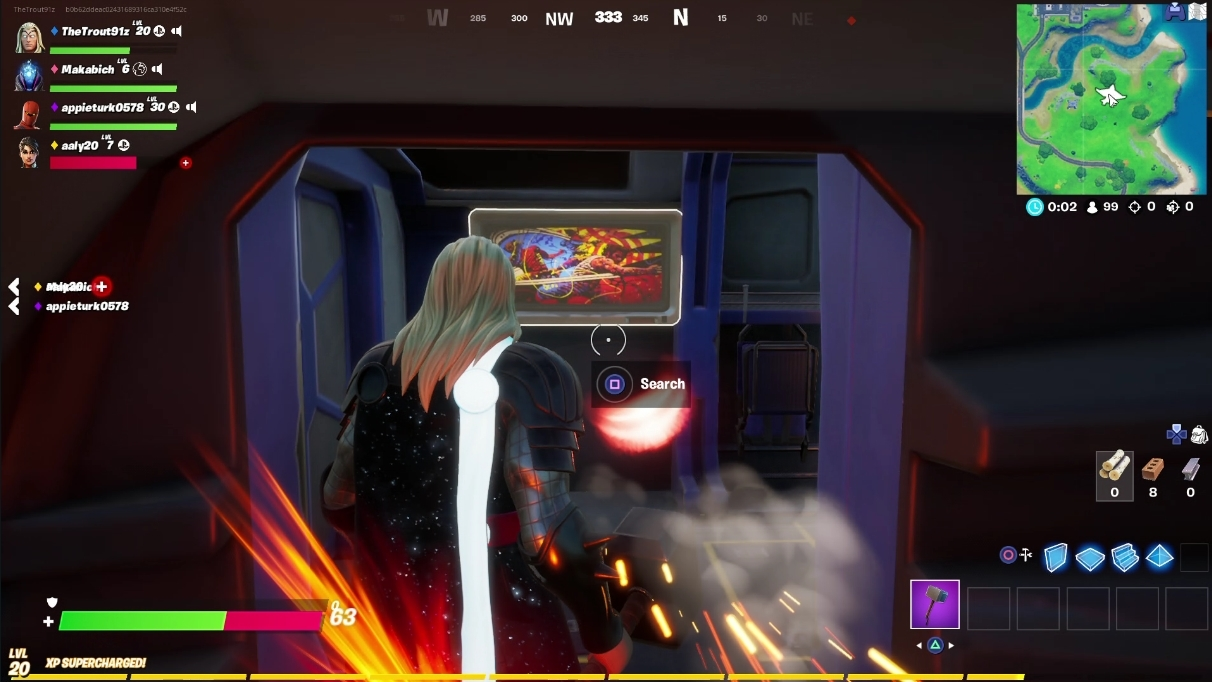 Dirty Docks is located to the west of the island on the very edge.

You are going to want to head over to the building off to the side of the POI (pictured below).

Then head inside through the front door, and there is a small side door on the main floor.

There will be a shelf with a crate on it, and you are going to want to break the create and there the trophy is! 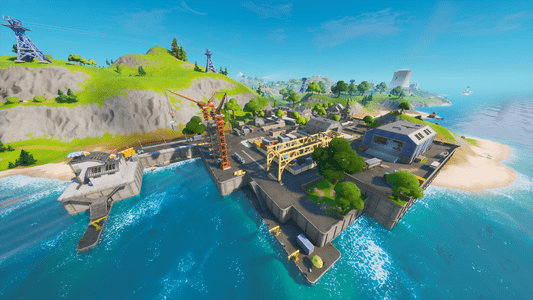 The building on the left side of the image is where you are heading!

4. Launch off all Sentinel Hands Without Touching The ground

The Sentinel Graveyard is located near the centre of the map, between the Authority and Lazy Lake.

These giant robots are sprawled across the mountains and chasms between them.

You'll want to head to the robot lying on the ground that has his foot planted in a building, this will give you the easiest path to touch every hand without touching the ground.

The Trask Transport Truck is easy enough to find.

It is located inside the coordinate C1, near Homely Hills.

Wolverine is located in Weeping Woods.

Wolverine should be relatively easy to defeat due to the fact he doesn't have many ranged attacks.

If you keep your distance and build upwards he will likely struggle to hurt you, making it easy to defeat him.

7. Deal damage with the Wolverine's Claws

To do this you'll need to grab Wolverine's Claws off of him, so you will need to defeat him.

Once defeated, he will drop the Mythic item and you can use it as a weapon.

It's a close-range item, so be sure to build and use cover to manoeuvre your way around the map.

Otherwise, you can play Marvel Knockout and wear the Wolverine skin and you'll be able to attack a player with the Wolverine claws.

This is again going to require you to defeat Wolverine and pick up his Mythic ability.

You will regain health automatically with it.

Otherwise, you can play Marvel Knockout and wear the Wolverine skin.