All the new features coming to Pro Clubs in FIFA 21!

The FIFA 21 Pro Clubs reveal has dropped, with a somewhat underwhelming, limited list of new features, with only 2 new additions to discuss, AI Customisation and Custom Tactics.

While there’s no news of new modes or major additions, more news is expected to arrive closer to the FIFA 21 release regarding player levelling, XP growth and skill trees.

New this year is the ability for Club Managers to customize the AI Players in their Club, from a new tile under the ‘Manage’ section in Pro Clubs.

Managers of clubs are now able to customise the visual appearance, name and kit of the 20+ AI players on the team.

The customisation options on offer are exactly the same as the ones currently used for Player Pros, including Names, Preferred Foot, Faces, Hairstyles, Accessories and Animations. 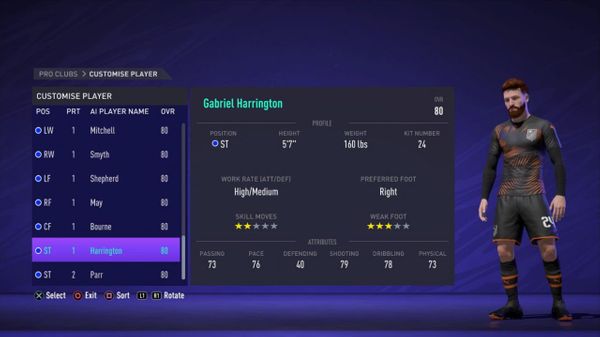 While Custom Tactics have been a staple addition to all other modes with FIFA for a number of years, we’re finally now seeing the addition in Pro Clubs.

Although players were able to change custom tactics from the in-game menus, having the ability to have preset tactics going into the game, rather than having to pause and adjust settings, is a welcome bonus. 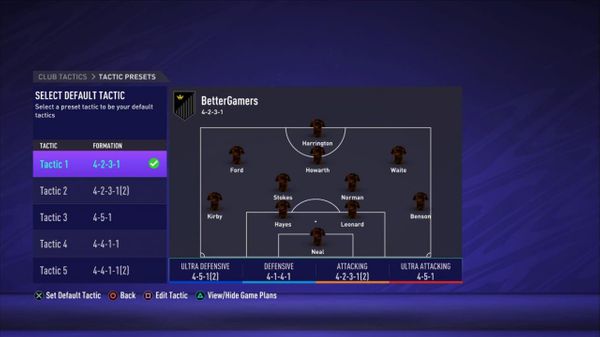 While the news regarding Pro Clubs in FIFA 21 has ultimately come as a bit of a disappointing to fans of the mode who are craving major new additions, the FIFA Pro Clubs Dev Team have confirmed that more details around AI teammates attributes, as well as your Virtual Pro’s experience growth in the will be announced in a support article released in the near future.