Will Doc be designing a map for Rogue Company?

Popular streamer Dr Disrespect has finally returned to streaming after his ban on Twitch.

It's still unclear as to why he was banned on Twitch but we're just happy he's back, this time streaming on Youtube!

The Doc has hit the ground running on the new platform with a sponsored stream from Rogue Company, a new competitive shooter on PC.

After Dr Disrespect showed interest in designing a map for Rogue Company, the developers seemed to be just as excited about the idea.

READ MORE: COD 2020: Is Infinity Ward Ramping up Security And Protecting Its Secrets? 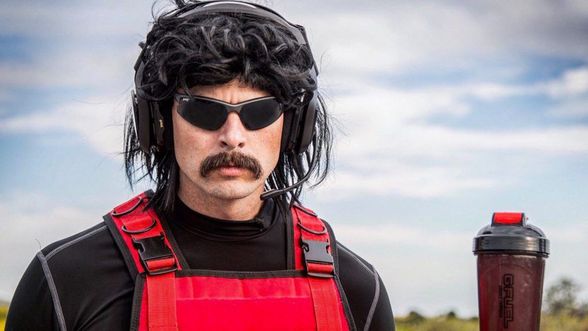 You may be wondering why and how a streamer can design a map for a game. Well, there's more than meets the eye with Dr Disrespect.

Guy Beahm is the man behind the Dr Disresepct alias and character. He's an experienced gamer and level designer whos worked on games like Call of Duty: Advanced Warfare, while at Sledgehammer Games in 2015.

Guy Beahm is now a full-time streamer and one of the biggest in the industry. With over 2.43 Million Subscribers on Youtube, just about everyone has heard of him at this point.

So, Will the Doc end up designing a map for Rogue Company? 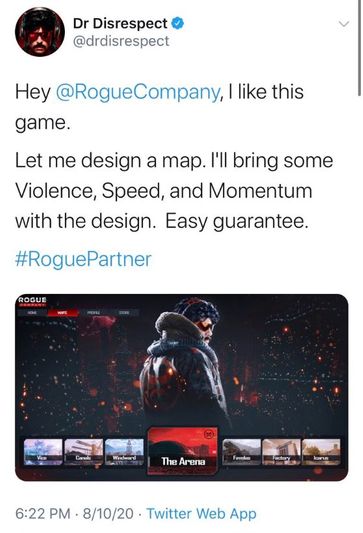 Dr Disrespect showed interest in designing a map for Rogue Company during a sponsored stream a few days ago.

With his experience and talent, it would be interesting to see how his background is reflected in his map layout and composition.

As you can probably imagine, the developers jumped on the opportunity to have such a character work on a level for their game.

READ MORE: Where Is Dr Disrespect? Everything We Know So Far Since Streamer's Twitch Ban

We can't wait to see how and when Guy Beahm creates this map. We hope it'll release in the next few weeks, but nothing has been confirmed as of now.