Jens Lehmann has been REMOVED as an Icon in FUT 21, read on to find out why!

The FIFA 21 Ultimate Reveal has dropped, alongside the full roster of icons coming in FUT 21, however, with 100 new icons announced, including an additional 12 to last years’ roster of 89, one icon has been axed from the list.

Unfortunately for Arsenal fans, that icon is Jens Lehmann, who has seemingly been removed from the list of FIFA 21 Icons following the FUT 21 reveal yesterday.

Originally, the German shot-stopper was included in the full list of icons coming in FUT 21, however the image was later edited and 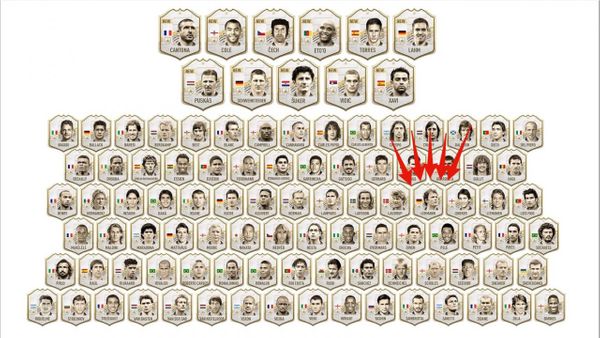 While the reasoning behind the decision hasn’t been announced by EA, many are rumouring it may have been due to controversial comments made from the ex-Arsenal keeper as he urged Bundesliga players to play even if they have symptoms of coronavirus.

With EA seemingly cracking down on controversial comments made by icons previously in the past, as we saw with Marco Van Basten being removed from packs in FUT 20, it’s no shock to see that Lehmann has been removed from next years’ title.