Season 6 of Apex Legends is only a week away now, and the teasers are ramping up.

Coming thick and fast both in-game and online, the latest voice clip was tweeted out by the official PlayApex Twitter account late last night.

The clip introduced another new character, Grimes, who seems to be ready to make a big purchase. 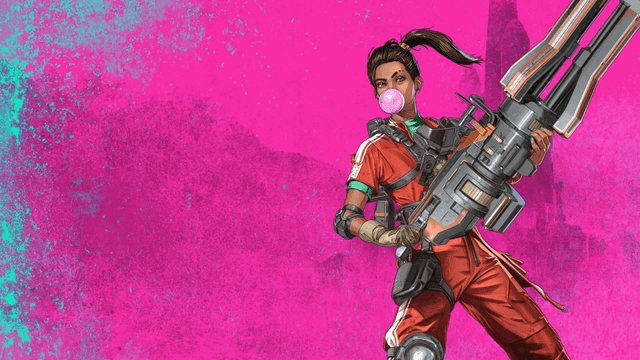 We've done you the courtesy of transcribing it for you if you can't listen right now:

"Hey, you were the one I saw in The Gauntlet, yeah? With the turret? Boy, I could sure use one of those. 'Business I'm in, nice to have somethin' like that riding in the back of my truck, know what I mean?

"How much for it? Look, I've got a fat stack of cash here. It's yours. I could have it in an hour. Hey, I'll even throw in a case of my best work, for free. Call me, name's Grimes."

The gruff American voice sounds like it belongs to an equally gruff man, so it's not that Grimes. You know, the singer who married Elon Musk and called their kid some mad space-age name. It's definitely not her.

But who is it? We're confident that this person is calling Parekh, or Rampart as we know her. They're after her trusty turret, Sheila, and are willing to pay a lot of cash - and some of their "best work" - for it. What could that be?

So far, we've also heard from Bangalore and a mysterious Dion Bakar. Could these characters just be adding some fluff to Rampart's character before never being seen again?

Perhaps, but Respawn's dedication to making every reference tie into something later down the line makes it unlikely. However, it could be seasons before these characters are revealed - as new Legends, or something else entirely.

For those who haven't played Titanfall 2, The Gauntlet could just be a random place where Grimes saw Rampart.

But, avid fans will know that The Gauntlet is where Titan pilots do their training.

It serves as the tutorial for both player and pilot and has huge repercussions on Apex Legends. It seems Rampart is an ex-Titan pilot.

Bangalore is also ex-IMC, but she was confirmed to be a trooper rather than a pilot. Perhaps the two will know each other, although Bangalore's call to source a new weapon may hint that their acquaintance comes from Rampart's arms dealing.

However, we've seen that Titan-sized structures are in the game files, so Rampart's pilot training could be a stronger hint at Titans dropping into the games.

Personally, we think that Sheila - Rampart's pet name for her mobile turret - could be what remains of her Titan. Whether the AI is still active or not is another question, but it may explain the close connection between the two.